Maybe I am in the wrong section. I apologise for that.

I am a PhD student and I am working with Blender for my thesis project. I would like to know what criteria are used to determine if a render is photorealistic or not.

I ask this because in my thesis project we want to create a scene with different levels of photorealism. What I mean by this is a scene that looks more or less like a picture.

I know that there are photorealistic rendering competitions. Do you know the criteria used to judge them?

Thank you for your answer.

I’m not sure if there can be a definitive ordered list of things that are more or less important in order to achieve photo realism. With cgi you control every aspect of an image and everything contributes to the realism of the end result (good or bad). The importance of each feature heavily depends on the content of your scene. (e.g. a photo of a white wall will be hard to distinguish from a white cgi image. A complex jungle scene, on the other hand, with lots of plants, animals and humans will contain more hints whether or not it is real. And it will be a lot easier to fool viewers with random cgi stones than human faces.)

Maybe you can start with creating a list of aspects of rendered images and think of each of those as a scale with increasing realism.

There will be a lot more but you get the idea.

Btw. A little fun on the matter of photo realism: 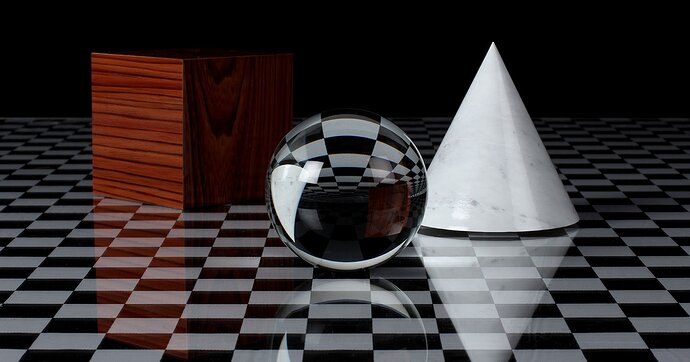 Thanks a lot.
Your answer is very clear, and gave me a good idea of where I need to start, and how I need to think.

Thanks for your time and the link

Sort of the same logic as why Pixar makes believable scenery and objects, but doesn’t even try to make believable humans.

but doesn’t even try to make believable humans.

Indeed. For some strange reason I can’t remember anyone ever using the phrase uncanny valley in the context of creating cgi landscapes.

For some strange reason I can’t remember anyone ever using the phrase uncanny valley in the context of creating cgi landscapes.

That really makes me think, why do humans feel uneasy/spooked when they see an almost but not really realistic looking human?
Was there ever a time in our history when human-looking shapeshifter-predators roamed the earth and the survival of the individual/species depended on correctly recognizing them?

why do humans feel uneasy/spooked when they see an almost but not really realistic looking human?

Can you name any CGI human that is almost realistic?

I haven’t seen one yet. Edit: Ooops, should have said “animated human”.

Hi, there are a few: https://www.youtube.com/watch?v=BsLr8MthTbo

Almost realistic = still in the uncanny valley.
There are many examples in Hollywood movies, but there are also those that pass the test, because a huge number of people don’t perceive them as artificial anymore, which of course is depend on distance to camera, movement etc.
I think getting the look accurate happens often these days, the uncanny effect often comes from the movement itself which betrays the look.
After all there are how many facial muscles in a human face? 80?
And how many bones are usually put into an CG face? Probably not as much, therefore the rule of simulation applies, a system with less data never matches the more complex reality.

I am a bit confused. You say you are a PhD student. At that level of education, it should be trivial for you to figure out a methodology to objectively judge photorealism of the images.

Then you make a simple system which displays random images from both data sets, and for each image, asks people in a randomly selected test group whether they think given image is a photo or a computer generated image.

So the criteria is simple: How many percent of randomly selected people would confuse given computer generated image for a photo. The larger the percentage, the more photorealistic given image is.

Thanks everyone for your idea and answer.
This really help me.

Was there ever a time in our history when human-looking shapeshifter-predators roamed the earth and the survival of the individual/species depended on correctly recognizing them?

That must have been a long time if it had an evolutionary impact. Scary!

Yeah, right. Ten thousand years of running, hiding and fighting. Imagine the mindset of our ancestors having to deal with fallen angels, demons, annuaki, aliens, demigods, whatever they are… looking at our current predicament I have the creepy feeling they are back, or worse, they never left, wearing our skin pretending they are human.

looking at our current predicament I have the creepy feeling they are back, or worse, they never left, wearing our skin pretending they are human.

Or maybe they left a few years ago and we just can’t handle things on our own. I’m not exactly sure which version is more worrying.

Hi, there are a few: https://www.youtube.com/watch?v=BsLr8MthTbo

I read a couple articles online about the production of it and then stepped through it, frame by frame.

She is on-screen for about 27 seconds.

The articles say that it took a team several (~5) months to create the CGI.

I think they all got government jobs

I think she looks kinda fake and uncanny. Also 480p…come on now.

Take a look at these:

Also if you want to see these clips in slightly better quality, try to find them on vimeo, they are there, found them via google search, but only accessible with an vimeo account (which I don’t have).

Yeah, they can do better now but the clip is more the seven years old and many people ask: How can they find such a perfect double? 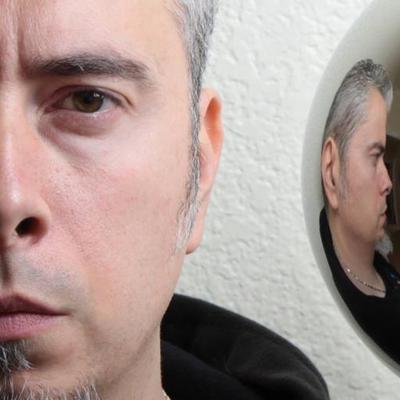 @marco_di_lucca
Finishing up this quick project with a short animation test. Kept the rig simple and only with controls I needed for this test #portraiture #blackbeauty #digitalart #blackpower #portrait #lighting #digitalhuman #animationtest https://t.co/R4a57Y9iHE