Mean radius is not 1, so the ico gets strechted.

Hey, Hope you got your issue resolved, as far as what caused it? your ‘curve’ objects name is “Plane.060”, that tells me (and by looking at it in edit mode) that it was originally a ‘mesh’ object that got converted to a curve, something left on it could have been the cause. The radius being set to 0.062242 was the cause of your issue - if you look at the second pic of your original post (curve object data) where it says ‘Curve Deform’ ‘Radius’ is checked - un checking that box would also fix the problem, since that applies the radius to anything on that curve - that would be the ico.

And by the way, the radius on my file was already set at 1, how come you guys got a different number?

@ajcdfin Thanks! I finally found out that the “Curve Deform” option was checked and that caused the Ico to stretch 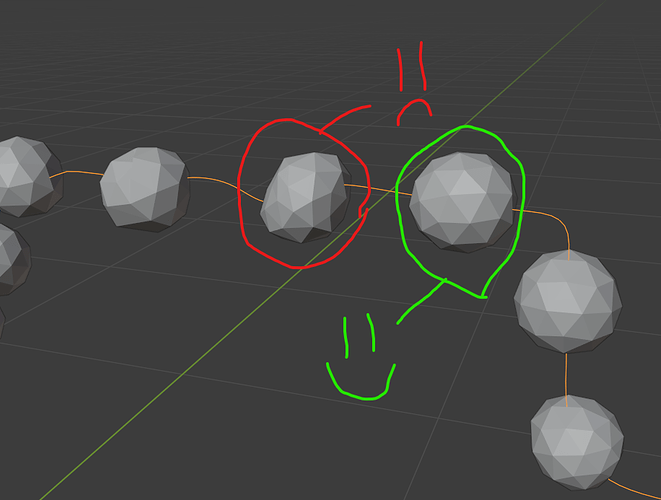 Why is this so difficult? I can’t stand it

Why is this so difficult? I can’t stand it

Well, thats blender for ya!

Select the icosphere and hit ctrl-a and apply scale, same on the curve

Nope, scale is already applied to both the curve and the spheres

Actually ALL of them are deformed. It’s just that those that ended up on more or less straight parts of the curve don’t show it as much. That’s how Array + Curve modifiers work. Array returns one big object made of repeating pieces. And Curve deforms that object. The result is not a bunch of separate spheres, it was just made of them.

Now if you wish to have non-deformed objects on a curve there’s Instancing.

hmm…I guess that would work too

Maybe send a pic of the modifiers, I might be able to find the issue there…I can’t check the file right now because I am rendering something.

Hey, You have not said ‘how’ you made the curve but that does not matter now. I was going to mention this earlier but decided to wait to see if it came up. Your issue here is due to the fact that you really have far too many points defining your curve - and that deformation area, there are a bunch all un equally spaced. You could define that shape with maybe 20 points set to bezier. If there is a way you could space all points equally in your version of Blender it would be in ‘Edit’ mode if there is something that would automate it, otherwise its do it manually - run a script on it - or rebuild it using the default BezierCurve.

Yes i mentioned how i created the curve in the first post, i created this curve from a mesh and yes it haves a lot of control points. I’ll try and decimate them manually, selecting point by point in Edit Mode and see what i came up with. I want to try and save the curve as it is becuse i find it’s a more challenging learning experience than just rebuild it with a bezier plus i’m very lazy

Ok i solved the stretching Ico Spheres issue by creating a duplicate of the original Ico Sphere: 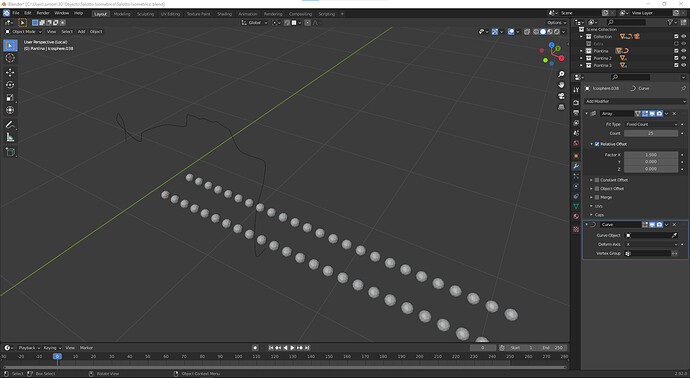 Delete the array and curve modifiers on the duplicate so that i end up with a single perfect Ico: 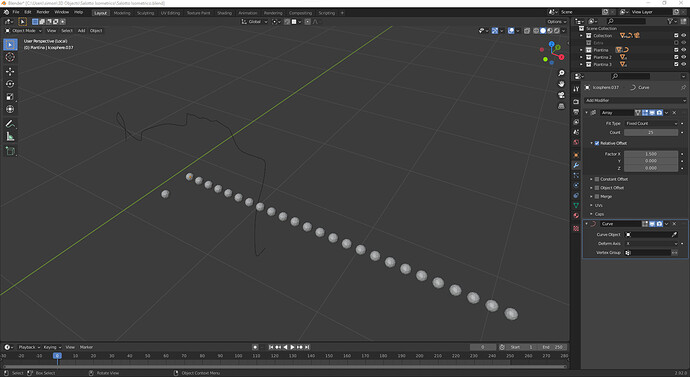 Then flow the Ico array on the curve and once happy with the position apply the modifiers: 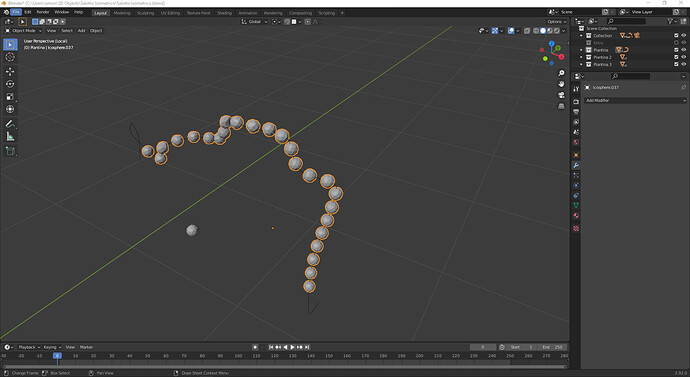 Keeping the ico on the curve selected, switch to Edit Mode, press P, By Loose Parts and you end up with all the ico spheres seperated from each other: 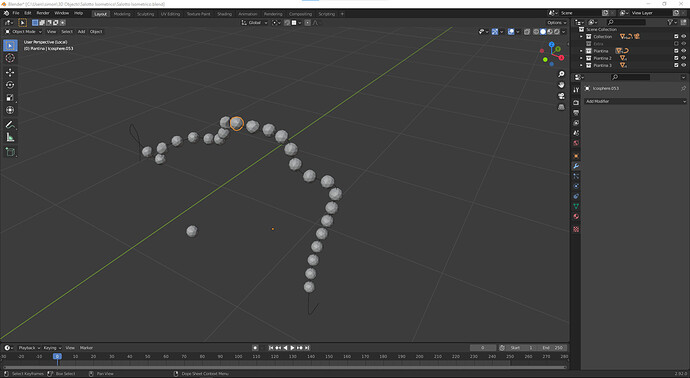 Switch back to Object Mode, select all the Icos if you somehow lost the selection, right mouse click, Set Origin, now every sphere haves it’s origin in the center: 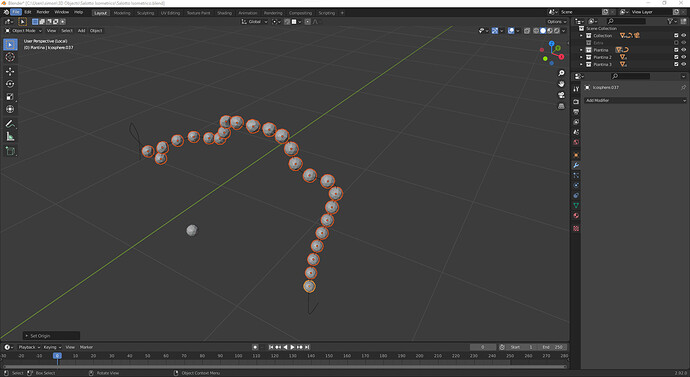 Now select both the array and the single perfect Ico, press Ctrl + L and link by Object Data, all the spheres on the array now have the same properties as the not-deformed Ico: 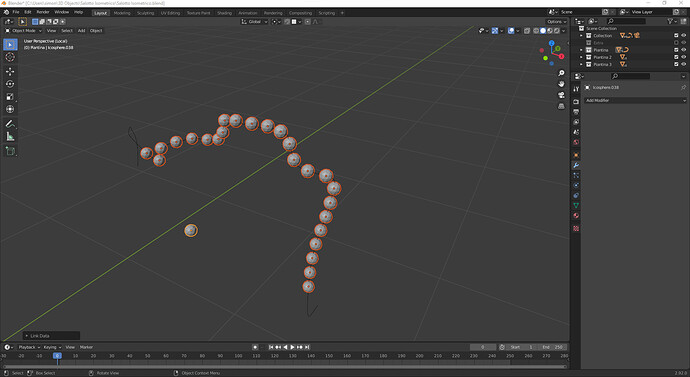 Thank a lot sir ,
Me also facing this issue which is sloved by unchecking the radius in that curve obj data