Hi, how can you create your own sculpt brush icons and save them? :eek:

Thanks for the link, i think i didn’t make myself clear enough. After you have created your own sculpt brush, how can you assign your own custom icon to it? 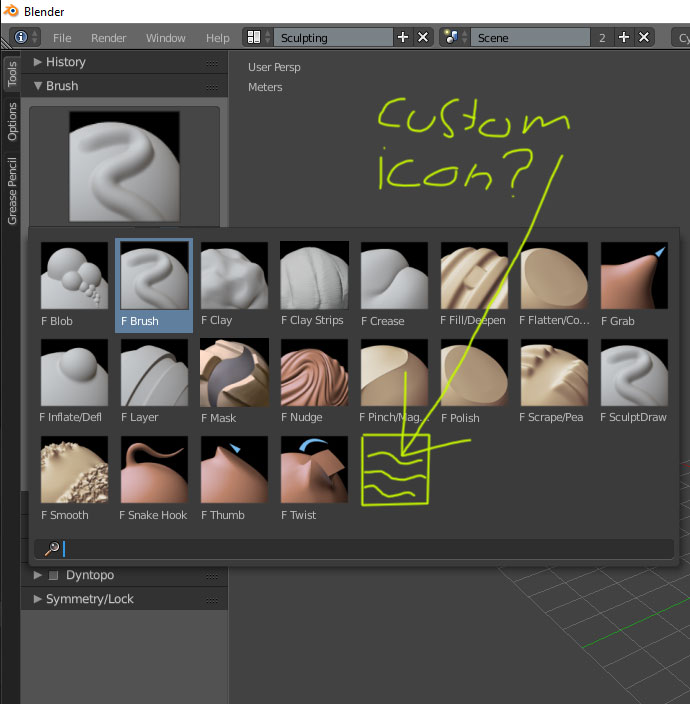 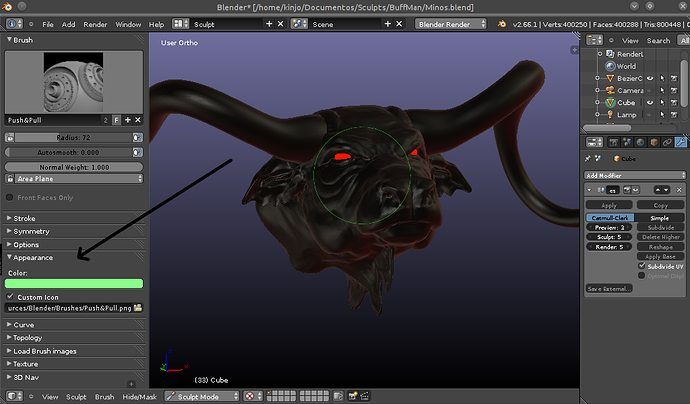 in 2.8 I use the custom icon but it does not display… are there any special considerations for the icon? like a certain size or something?

Might be a little late…but under Brushes, there’s a link to its preview picture and you can change it.
I downloaded a brush pack that didn’t include any previews, so I had to import them manually,
all of the previews are 512*512 pngs and they are named exactly like the brushes (so a brush called “crack_maker” needed a png called “crack_maker.png”).
It worked for me, in Blender 2.82