I have getting the following render:

This is the object that is being instanced. The trees that are more solid do not exhibit this behavior in any fashion) What appears to be happening is in some instances:

I think this is a bug as I have encountered an obvious bug with objects instanced with the hair particle system.

If it’s not a bug, I would greatly appreciate some insight in how to avoid overlaying too much transparency with billboards. 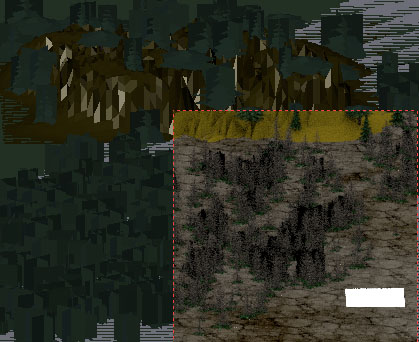 The first render shows what happens if you replace the verticle billboard’s dead tree texture with a triangular solid that covers up the dead tree branches of the texture, perhaps limiting the complexity of the alpha map.