You may have read that the World Volume puts a volume effect in the whole world space and so it tends not to be useful for daylight because even at low densities it blocks all the light. This is true for a simple setup. But it turns out it is quite possible to restrict the area were the volume is defined in the world space and to define density and density variations within that space.

I was doubtful myself when I experimented with this but it works. I will supply the blend file below for anyone to experiment with.

What this World Does.

The result is that it is quite possible to define a slice in world space where the volume rendering will take place.
Im sure much much more control over were density is rendered could be achieved. essentially im just proving to myself here that it can be done as I hadnt come across anything which showed that it could be done or how to do it.

I hope this might be of interest to someone.

The blend is setup with all the nodes and the world background setup as described. The volume shows up in camera view but the volume doesnt show trying other views.
There is a ground plane and Ive put a block at some distance from the camera. The block is there so the renderer isnt searching the volume at too long distances. It will render if you remove or hide the cube but the render is much slower. Ideally I want to develop the nodes so that I can cut the volume off also at a certain distances from the camera.
No fancy visual here this is simply about controlling and defining areas in the world volume. It may not even be that practically useful. But who said experiments had to be useful?

Repeating the process I did to create the z band allows the y band to be defined for the volume as well. Once I add in the x band that will mean that any defined box can be created within world space within which the volume will render. This is like setting up a mesh defined volume but no mesh is required.

The nodes and groups aren’t ideall yet. I think I’m going to extract from the groups the noise functions so that these can be dealt with on their own. Ill add the X band to the volume mask next time and clean up the nodes.

Here is a low sample render of the last file. I thought I had turned the noise off on the volume but I dont think I had.
Camera facing in y direction and volume defined for a restricted z band and for a Y band from about 5 to 10 units from camera.
The point is not to show a quality render to but simply to show how the volume can be defined and restricted to part of world space without using a mesh volume. 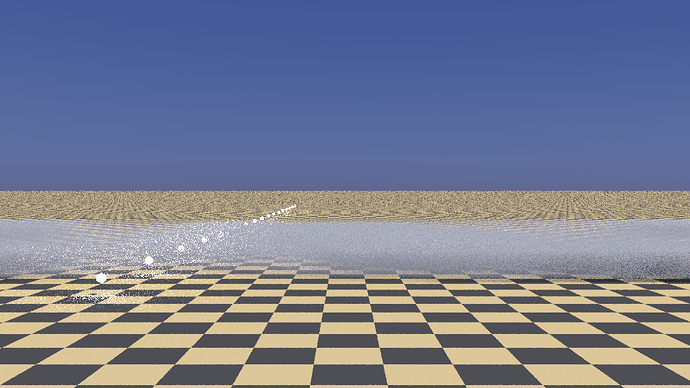 Update: for some reason the volume doesnt show unless there is geometry behind it. At the moment I cant for the life of me figure out why this should be. If anyone has any ideas I would be really interested in why this is happening.

Further Update: There is a workaround. I simply added a very large lowpoly icosphere surroundng the scene and gave it transparent shader. The volume then shows against the sky.

Ive now set it up so that the voume can be defined in xyandz. This was a quickly setup cloud slab with some noise applied. Its not high sample and the cloud scattering and definition and lighting is basic but it shows that the method can be used for clouds. 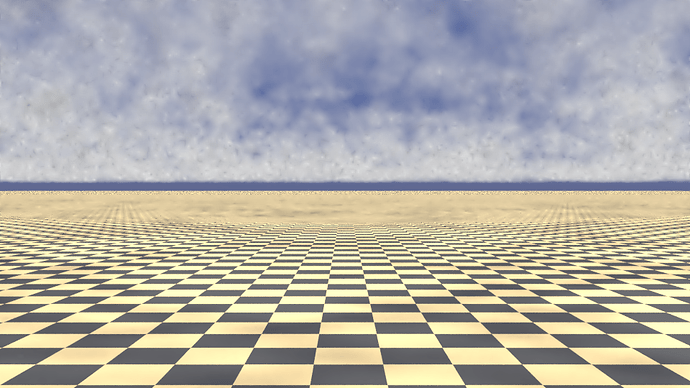 Thank you… there i thought it was a bug :spin: (volume scatter also blocks Environment texture)

I haven’t messed with this since I posted it but my recollection is that volume scatter does not block environment texture as long as the volume slab isn’t too thick and is suitably variegated with areas of zero or little density and that there is some intervening geometry ( see previous post) You can see this in my last shot because the blue behind the clouds is sky environment texture.