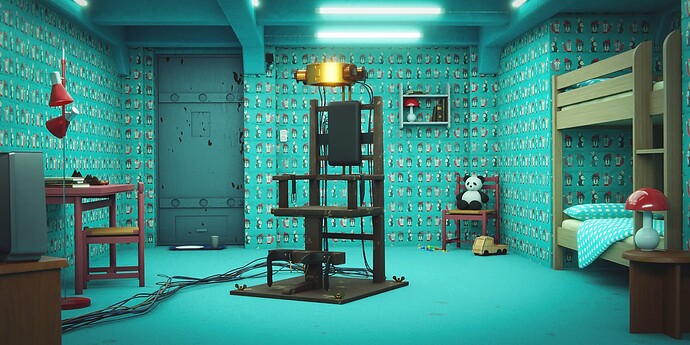 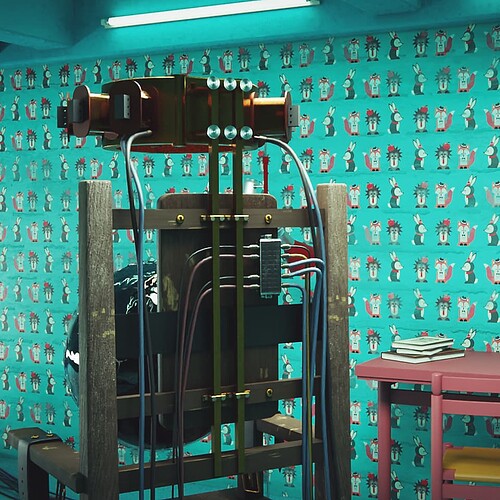 A for fun project to try out Fspy after watching one of BlenderGuru’s videos on the topic. I always liked the clinical lighting of the Dark bunker and used a video still to work from. I made a lot of mistakes, but that can be the best way to learn sometimes:) Completely lost the fur on the bear, which I somehow messed up so badly that it stopped the scene from rendering. Deleted the fur and scene rendered again and just didn’t have the stamina left to figure it out and add a new fur system:( 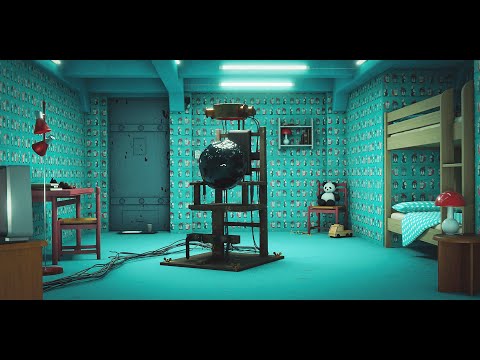 I am not a musician and still new to Blender… and it shows. But I had immense fun learning and then creating all of this from scratch…and hopefully that shows as well