Deformation of UV Sphere during array along curve

I created a point, over which I applied screw modifier to create helix

Then I converted it into curve using ALT+C

Then I placed a UV Sphere at its beginning

On this UV Sphere I applied Array modifier and Curve modifier. In this curve modifier I choose the helix curve

The array of spheres following the helix were created but deformed.

you can create your helix directly with array using and empty
see wiki doc for example!

wiht curve it has to be smooth and may have to Crl-A the 2 objects!
you would have to sudivide your sphere may be a little bit more and your curve should have smooth curving !

and minimum of deformations

you can create your helix directly with array using and empty
see wiki doc for example!

wiht curve it has to be smooth and may have to Crl-A the 2 objects!
you would have to sudivide your sphere may be a little bit more and your curve should have smooth curving !

and minimum of deformations

I think I have to try dupliverts. That’s what would create duplicates along curves without deforming

try it with a sphere and add an empty with array
should work fine !

http://wiki.blender.org/index.php/Doc:2.6/Manual/Modifiers/Generate/Array
a sample file is available

Yes! I made it already using Empty. But then if I have to be accurate, then there has to be a curve that has to be followed. I used Dupliverts and did duplicate the sphere along the curves.

Surprising, dupliverts are not rendering. why is that so?

Did you convert the curve into a mesh?

While dupliverts still render as they should Array and Curve combination makes some nice vegetables. Could this be a bug or just hands growing from the wrong place? 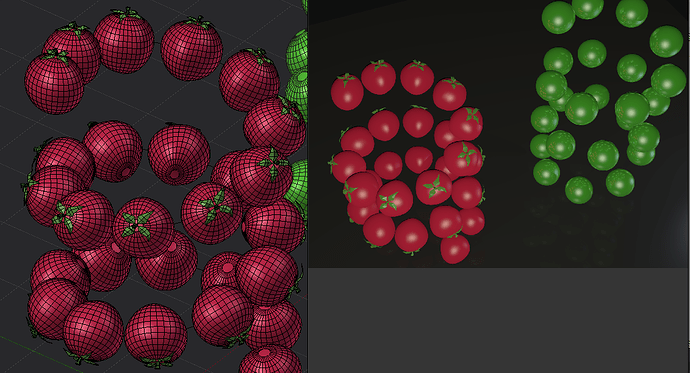 Ricky - Thanks so much. Applying helped render Dupliverts

Fred - Yes, I had converted it to curve. Issue was placement of object post parenting. Moving the primary object was changing the position of dupliverts. There was one dotted line lined between primary object and curve. So I placed the object at the point of origin of that dotted line. And then the all dupliverts were also on the curve

Eppo - Array + Curve deform the objects. That’s why I was not wanting to use it

I was a bit surprised since i would expect " position" instead of “deform” here. Is this officially stated somewhere or it’s just a glitch we are supposed to get known while working on it?

to have less distortion the object must be subdivided more!

The Curve modifier does deformation of the object to align it with the curve. So an array of spheres would never be spherical once a curve modifier is added.

It is not an error. It is what the curve modifier is suppose to do.

Ok, thanks for explaining!
While not so clear when used with arrayed objects, it seems logical that curve modifier changes object’s mesh at the end…

For all of you who helped. This is what I was trying to make. Used Dupliverts for Phone Cord, while modeling this Phone 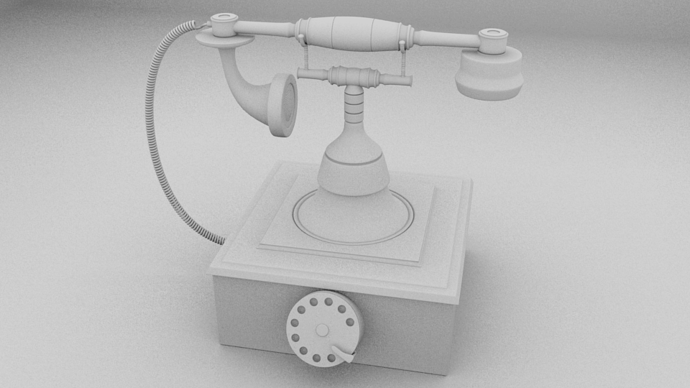