I can see an “add catalog” button there, so maybe you can drag assets into those once they are created?

My guess would be you add the collection as an asset if you want everything as a single asset.

Pablo demo’d the asset browser a little bit on Blender Today too, for anyone interested. Starts ~41:30 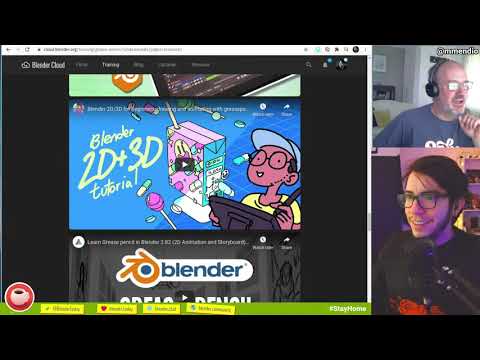 Alright that makes sense. Also I see in the video catalogs are actually folders for different kinds of assets. I wonder if creating an asset resolves all dependencies, what if you create an asset from a bunch of objects that make up a character (body, eyes, hair, etc), does it bring materials, modifiers, etc. along ? What about a rigged character, does it bring the armature along or do you have to explicitly tell it to ? When do you have to be explicit, when is it implicit ?

The drag-and-drop looks super cool. It would be even better if it fired the “place object” tool worked on by Campbell.

That looks quite nice. I’m looking forward to it. I especially like the little previews. Though for materials, it would be nice if you could pick the mesh for the preview. Object-specific materials just don’t make much sense when previewed on a sphere.

Though of course, if they added that I’d probably be too lazy to actually use it for every material I make (it’s already a success when it’s not named Material.034

), but it could be good for blender market asset people.

37 posts were split to a new topic: Wireframe display

Is there any word for instancing meshes directly from asset browser?

This is impressive! This is taking shape. Pun intended.
Great job, devs!! No, not much faster really, just select one, add the modifier, and Ctrl-L link modifiers.

Sounds like that slider is just covering for being unable to put a modifier on a collection.

But I get where you’re coming from.

Yes, but if you want to change some setting in the modifer you have to select all objects and then change the setting with alt click. This process is really slow with 20.000 objects.
And if some objects are hidden you first have to unhide them or go through the same porcess later on when you unhide them.

No, not much faster really, just select one, add the modifier, and Ctrl-L link modifiers.

I was unfamiliar with the option to use Ctrl-L to “link modifiers” so out of curiousity I tried it out in the context of this problem. But unless I am not using it properly there seems to be no linking taking place. It just copies the modifier from the active object to the other objects in the selection.

No harm no foul right? Just add a driver to the value you want to be able to control globally by referencing a property on a controller object. However Ctrl-L to link modifiers does not copy the driver so this would still require you to go into each modifier on each object. So am I doing something wrong here or is that workflow not really as viable as you suggest it is.

Now, in general I think its a poor idea to use a decimate modifier to increase performance on high res cad models since especially on highly detailed models its slow as molasses. Its probably smarter to create a driver to toggle the max draw mode to bounding box or, if its neccesary to maintain some visual of the actual shape, use the remesh modifier. That thing is wicked fast compared to the decimate modifier while maintaining the original shape much better.

With all of that said in regards to the initial “issue” with the wireframe slider I think I understand its use better now. Its not necessarily a performance thing (anymore); it can be used as a visual aid with highly dense meshes when your working in wireframe mode.

I was unfamiliar with the option to use Ctrl-L to “link modifiers” so out of curiousity I tried it out in the context of this problem. But unless I am not using it properly there seems to be no linking taking place. It just copies the modifier from the active object to the other objects in the selection.

Absolutely it’s badly named and misleading, because it’s not dynamic. Like you said it just copies the modifiers (unlike material linking, which is effectively using the same material datablock on several objects). We’d have to be able to actually link modifiers, and thankfully that is becoming possible thanks to geometry nodes.

Oh I’m very much aware it doesn’t actually link anything. It’s just badly named. But you can just repeat the process when you want to change them.

@Hadriscus and @Piotr_Adamowicz Thanks for clearing that up guys! I was mightily confused there for a second.

Its still useful to know I can copy modifiers that way.

PS
Also yes! Bring on all the nodes!

if he manages to clean up some of the artifacting in the current implementation he’ll be my absolute hero! (i mean he already is with all the amazing stuff he’s done, but even moreso!)

Super cool! One of the biggest visual distractions I’ve noticed from some Eevee renders was the DoF effect. Hope the new effort remedies that.

Notes for meeting of Monday, 23 November 2020. 18:00 CET / UTC 17:00 on #blender-coders on blender.chat. Announcements New #blender-triagers on blender.chat to coordinate the triaging work (Philipp Oeser will email bf-committers about it). User...

Oh look, they’re at it again. They’re going to waste God knows how many hours “fixing” a thing that already works well when there’s a thousand actually important things that require urgent attention.

Who asked for this? I kind of disagree here, since this is a problem that has existed for a long time. Granted, it’s not a huge problem destroying people’s work, and it’s not up to me how much time is spent on it, but I hope they can fix it at last. Basically everything else that has a concept of active and selected makes sure the that the active object is also selected, and if there are any selected objects, one of them must be active. I don’t know if this would break anything, but it’s how pretty much everything else works, and the Blender way seems buggy and weird, even if the original design was intentional.

Oh, this can break something for sure. For example, today one can, in object mode, transform selection using active object as a pivot point, without transforming active object itself. The workaround would be to use the 3D cursor, which is just added clicks.

Fair enough. After I read through the thread it did sound like fixing it is a way bigger task than it initially seems, and likely to cause a variety of bugs since selection is so fundamental to almost everything in Blender (including addons). It would be nice if it was fixed and the 3d cursor was more powerful and easier to position quickly.

Yeah, partly agree.
It’s not a big deal, we got along with these small issues for years, but important to fix them nonetheless. Meanwhile plenty of major new features have been waiting for years, which is confusing.
Maybe this kind of small issues are piling up and they prefer to clean them all up before the pile gets too high.