I am very new to blender and I am currently attempting to model a lightsaber.

So far it has been good, but I have hit a snag with the boolean modifier. I have multiple spheres which I need to difference from the main object and I am getting weird results. I have made a 40 seconds screen recording of the problem I encounter as it will be better than me trying to explain as I don’t yet possess the necessary knowledge for 3D modelling terms.

Please let me know what you think may be wrong and what I should do to fix it.

The resulting structure is not suitable for subdivision. You’re using high resolution spheres to make the boolean and Blender uses concave n-gon faces to make the connection between flat surface and the cut sphere halves, which is wrong in multiple ways. It might give a better result without applying the modifier because then it does the boolean after subdivision surface puts more geometry on there, but still, boolean operations aren’t high on the list as a modeling tool. 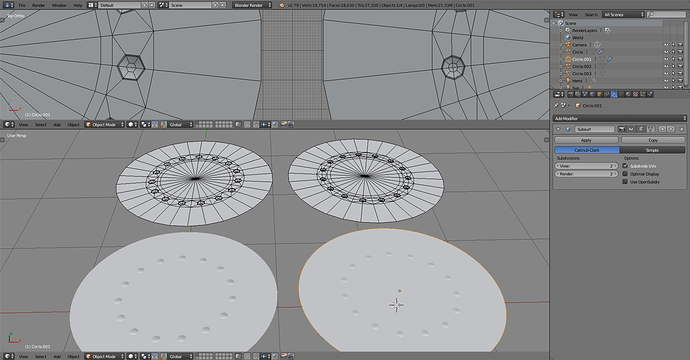 6 and 8 vertices around the perimeter

Try “CTRL-T”, should solve most of the problems.