I think is is time for me to start my own sketchbook, so many inspiring works here. It is also nice to see how artists progress with time and find their own style 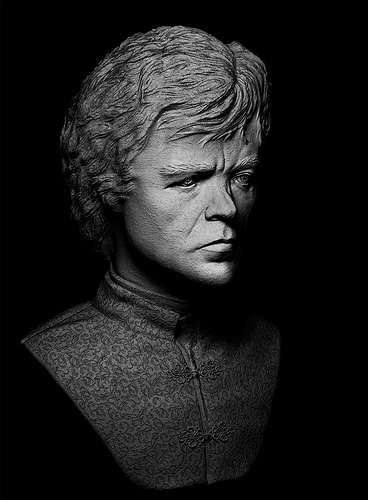 Male head – a study from 2012. Mostly followed Scott Spencer’s Zbrush Digital Sculpting Human Anatomy Book. Most of the exercise maid in Zbrush, and then reworked in Blender. I did learn that it is really bad idea to use Ortho camera when working on human portraits

The same sculpt looks pretty bad when I render it using ‘normal’ 80-100mm lens in blender. 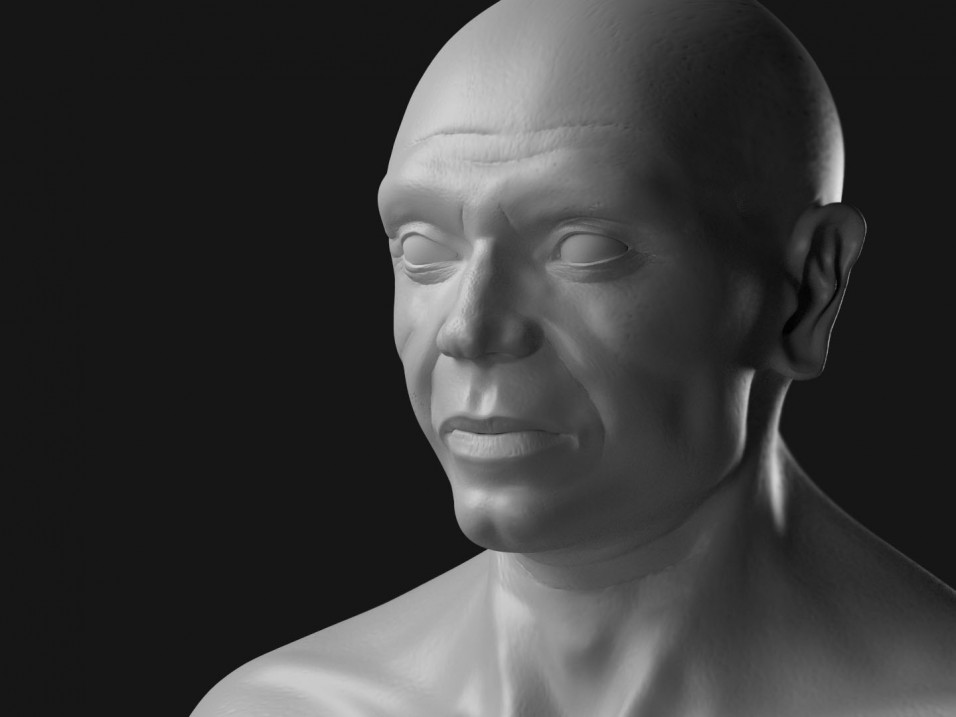 Also from 2012 – An attempt for photorealism. At that time there were no hair rendering in cydles – therefore the baseball hat. I did start sculpt in zbrush and then did retopo, modeling and rendering in Blender. This image was inspired by Kent Trammell’s tutorial of rendering realistic head. 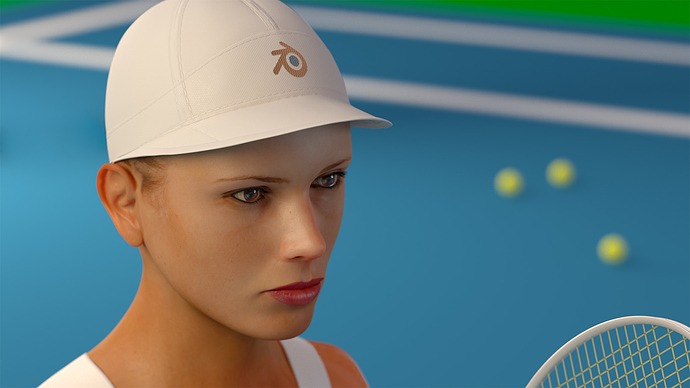 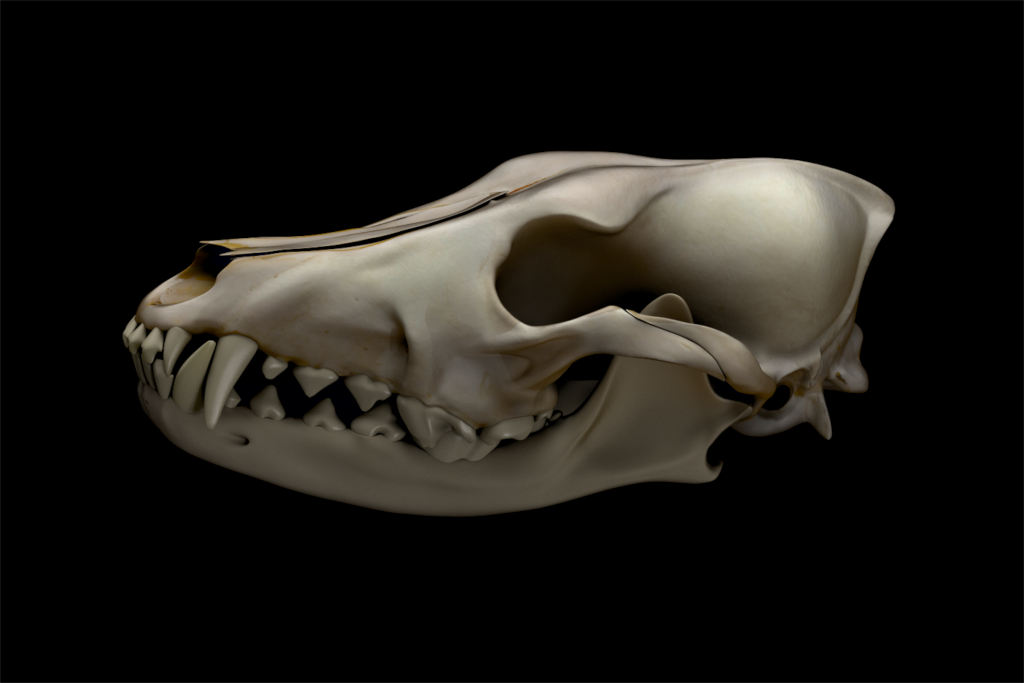 Also from 2012 – Coyote skull, it is also on Blendswap

Another skull from 2013 – this is Possum (also on Blendswap)

A sketch from 2013, after working on it I decided to take Scott Eaton’s Anatomy class

At that time dyntopo already appeared and I moved to Blender for sculpting completely. The sketch is in dyntopo, and the hardest part was hair – still do not know how to sculpt hair well and envy Doris and Michalis for their amazing hair skills 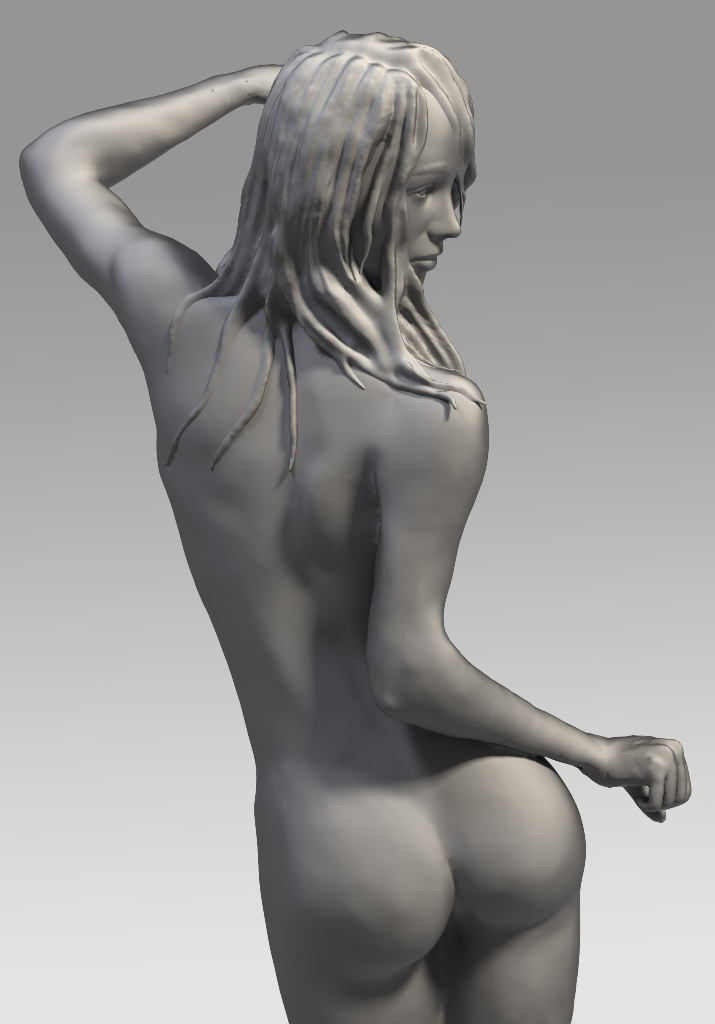 A dragon head – sketch in dyntopo with high rez stensils applied in Zbrush, render in zbrush as well. I then tried to apply stensils in Blender but at that time was one nasty bug which prevented to work with high rez mesh and stensils 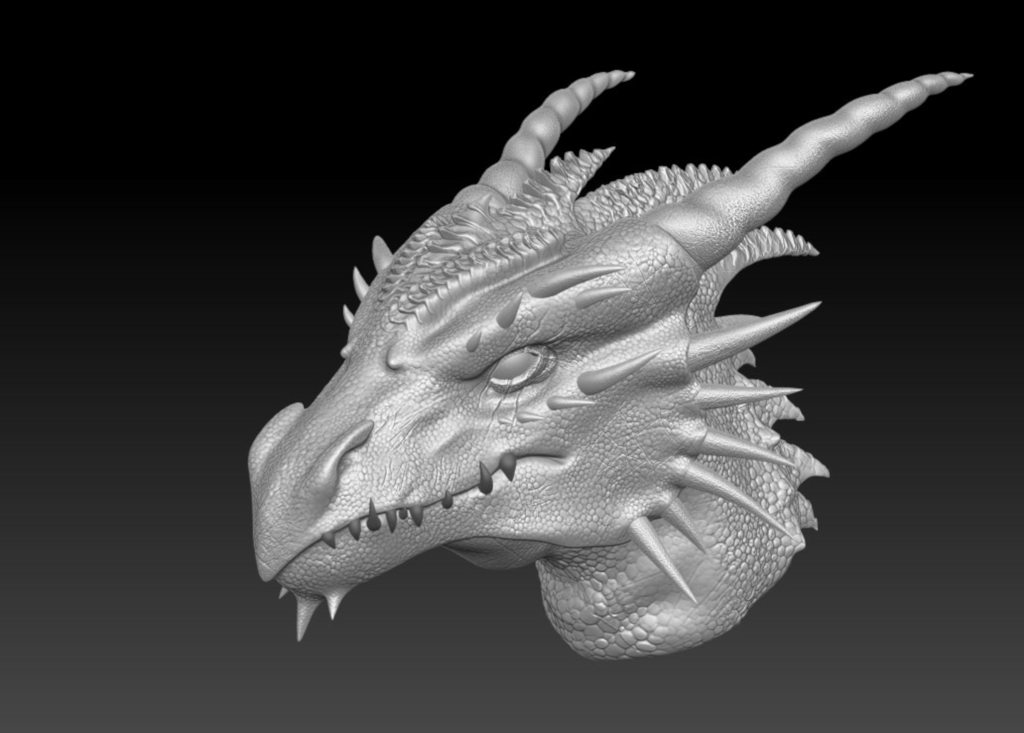 Softshell Turtle skull. It looks like a dragon, but in reality it is tiny and kinda cute 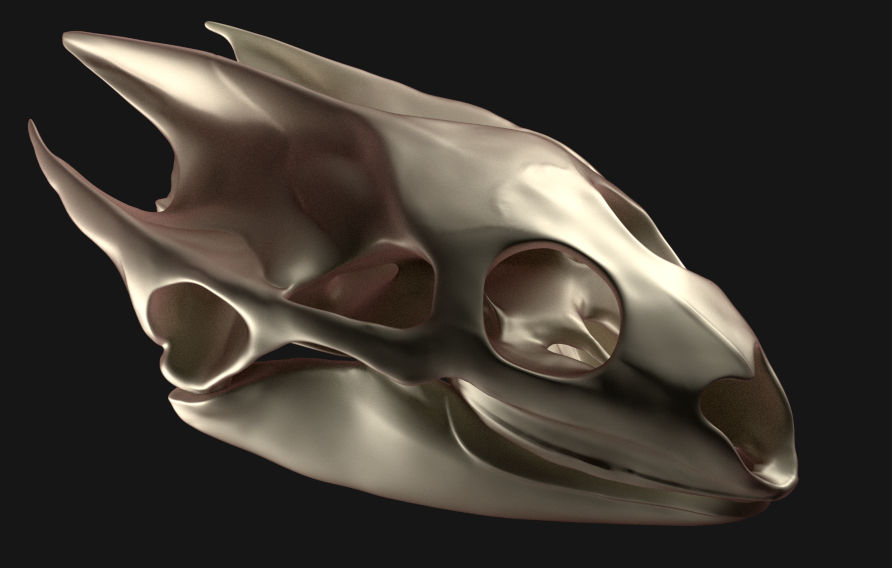 I was teaching Blender at local community tv station and decided to demonstrate how it is possible to translate 2d image into 3d sculpt. Original concept art by Dirk Erik Schulz http://cghub.com/images/view/31187/ 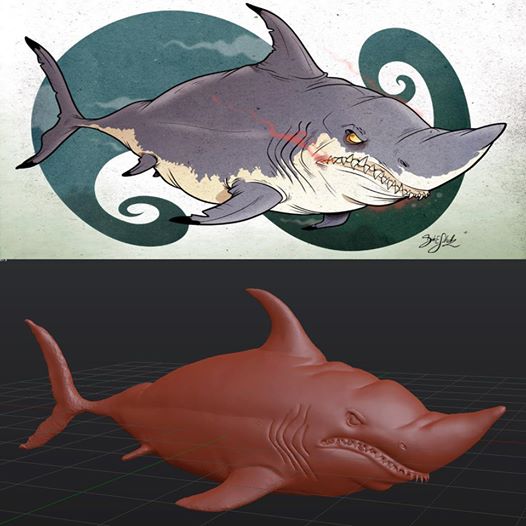 I had been inspired by post on dyntopo test thread and decided to switch to pure sculpting of mostly portraits for a while. Here are few first attempts 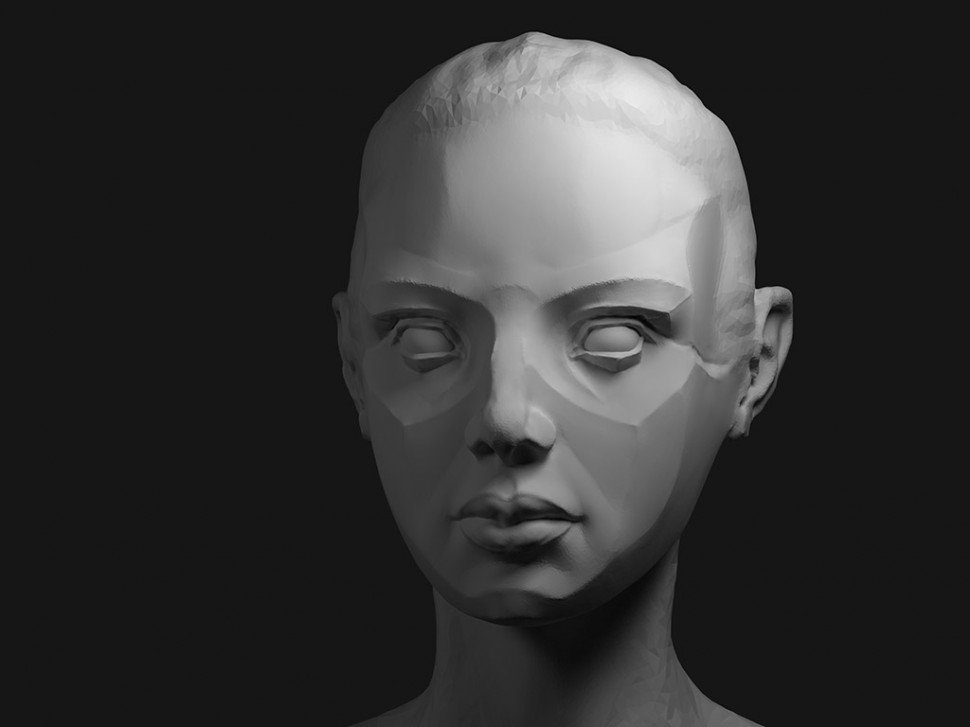 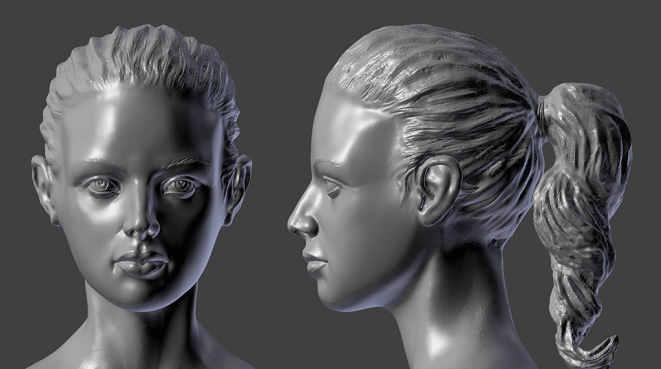 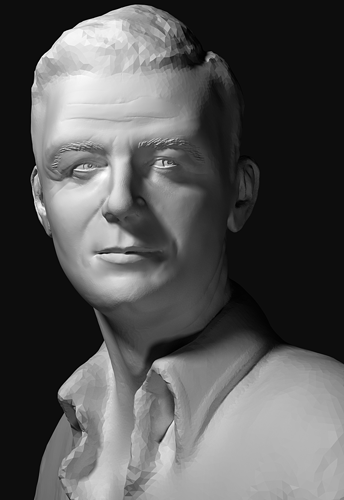 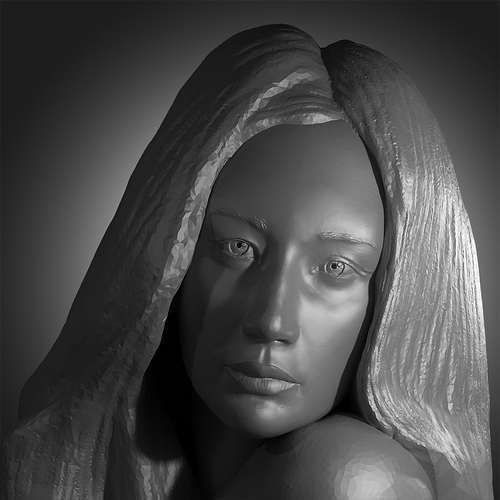 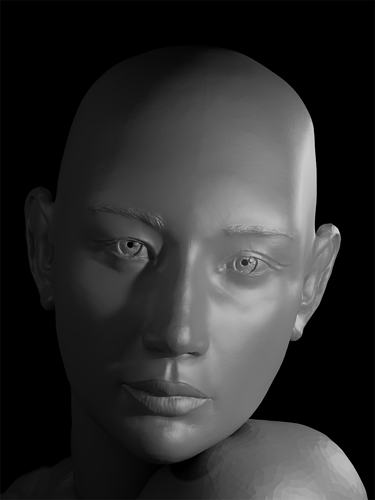 Will Smith – my first attempt to achieve liking 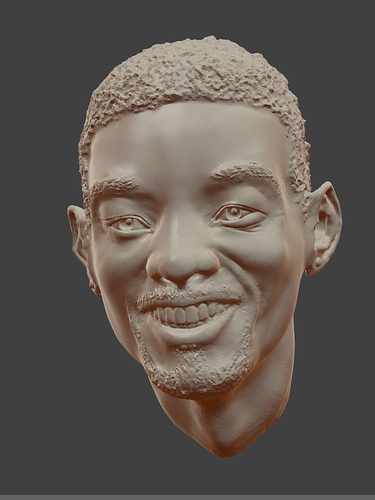 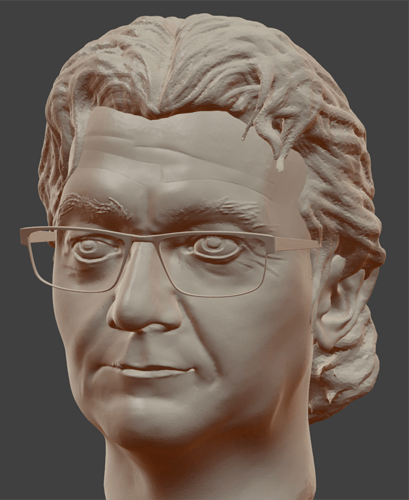 Tyrion – went through retopo for this one, and rendered in Cycles. Multirez with 10 million verts! So exciting – Blender’s sculpting is getting better and better! 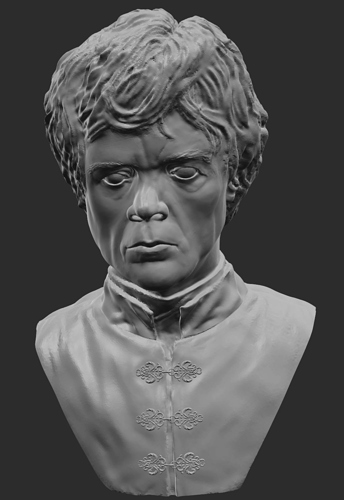 wow ! your likeness attempts are pretty close to the real people.
I also really love the patterns on Tyrions cloth, is it a texture?
the hair also looks really dynamic and real in the rendering.

The pattern on the vest is a texture applied to UV map together with another texture applied as a Box projection to make skin more uneven. Looks like I did overdo the skin, will post a new render with a bit less tiny bumps…

Work in progress – a portrait of my neighbor 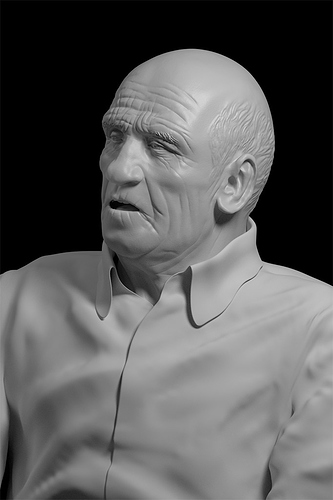 he is coming along very nicely!