search with keywords like T rex or other dino name

there are many thread on this subject

i did some myself but these are not tut as such

you could also search the videotube for tut ect…

you could also check out wikipedia for shapes and texturing

ive checkd all over youtube they had 1 but it was timelapsed and i couldn’t follow everything thats the thing about modeling if its stuff like that they timelapse it and the threads they tell u bout their dino models but they dont tell u how they mad them they just show u th pics of their work and im still a noob at this modeling so i just download models i also cant find a place to get good reference images this guy made these models in 3ds max http://www.turbosquid.com/FullPreview/Index.cfm/ID/445508 i dont know how h did it but they look just like the dinos in jurassic park i would like to do something lik that but i just need a tutorial thats for begginers and isn’t super low poly

well it odes not matter what your modelling you need to use the basics tools to nodle in blender and you can model anything including dino!

i don’t remember seeing tut on dino but as i;v shown there are lost of thread on old dino
in blender’s forum
so i’m certain you can find some good pic for texture there

and ive got a good picture from the website i posted just a second ago and i got these trex images and in fact im modeling them right now. they’re not exactly reference images but they are a front and side view just one problem the two pictures arn’t posed the same way so its gonna be a little difficult to model them

Here’s a set of tutorials making a dragon. Use the same principles to make a dinosaur.
The advice I would give you is learn the basics, learn the basics and also learn the basics. Once you have mastered these you can apply the basic modelling principles then to make just about anything. You will also then be able to understand what is going on in timelapses. Did I mention learning the basics?

btw how do i upload these images so i can show u. also thats the same dragon tutorial ive been watching lol

Select ‘Go Advanced’ below the text input box. Use the paperclip to select the image you want to upload and then attach to your post.

thnx these are the images 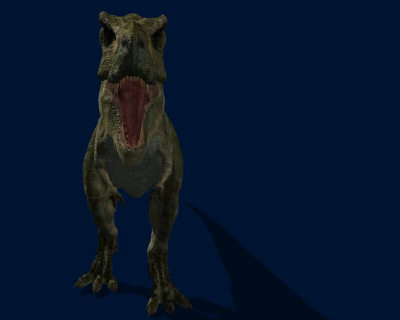 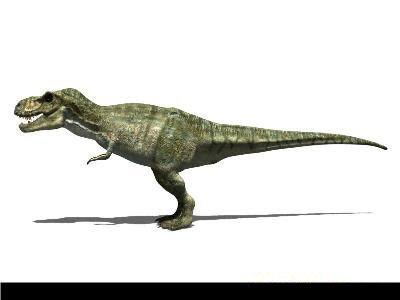 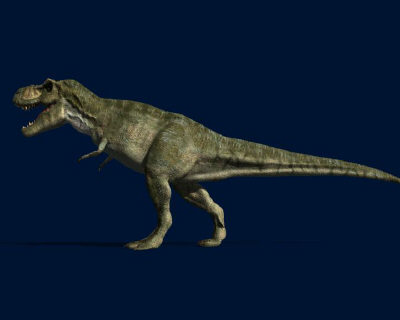 I did a dinosaur freelance project a year ago. I could probably make a Blender tutorial for a dino once I get past the fact I can’t use ngons for my modeling process. (not that the final is ngons, I just like using them when and if I have to)

ya, hey another thing ive wanted to do is once im done with the dino model i wanna put on a map for a game like halo. and for me one of the hardest things i have to do is modeling the inside of the mouth and arms legs and toes and fingers and rounding the body

some of the thread already have some smple file

so use your imagination

this is what ive been working on, ive sorta got it rounded an i got the eye crests 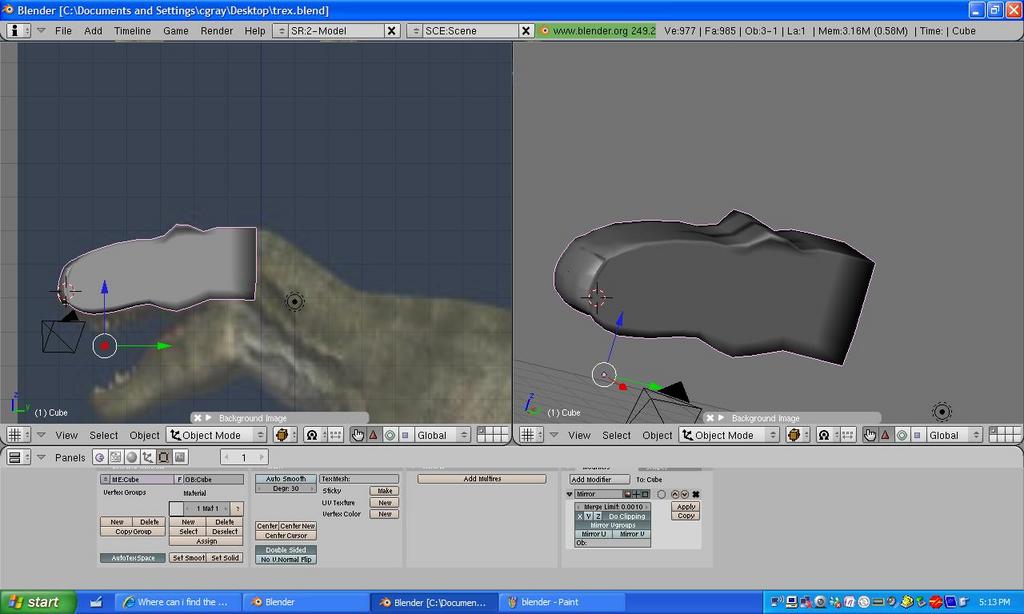 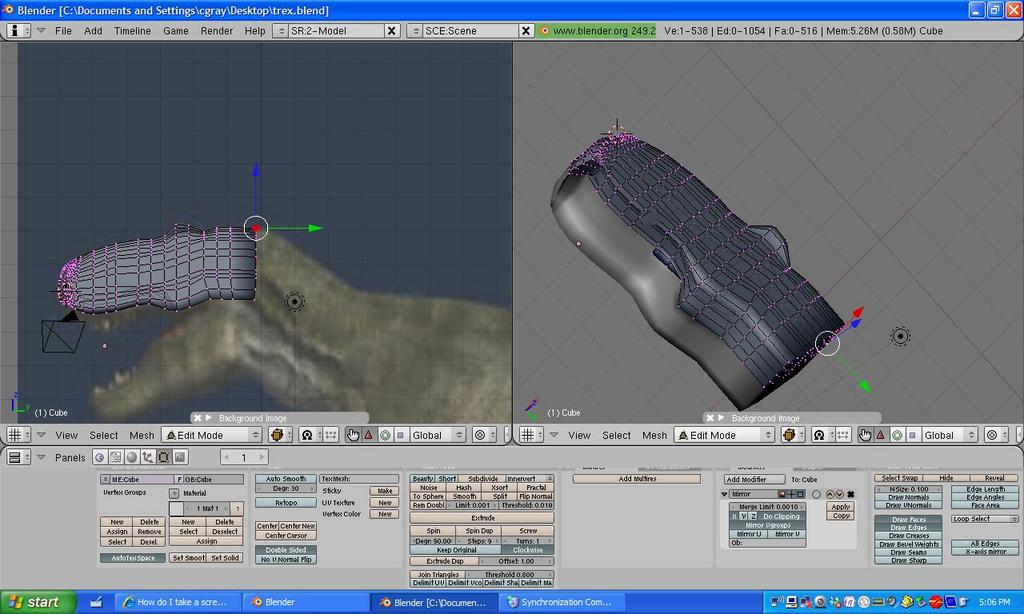 how would one get a sutible bump map. the guy who did these dinos did a really good job they look exactly like steven spielburgs dinosaurs i mean he/she isn’t even using the best modeling software he/she is using 3ds max 8 its incredible i bet he didn’t even expect to get such detailed and textured dinosaurs as he has

On the images above you have a lot of vertices. With this many at this early stage in the modelling it will become more and more difficult to manage these when you get working on the rest of the body. I would start off with modelling the general form of the dinosaur then add detail where you need it. Once you have a base mesh you can then use the sculpting tools to add the details to skin/muscle. This high res mesh can then be used with the base model to create normal or displacement maps to hold the high resolution data. This will make it easier if you then want to pose/animate the model.
Search the wiki for details http://wiki.blender.org
Richard 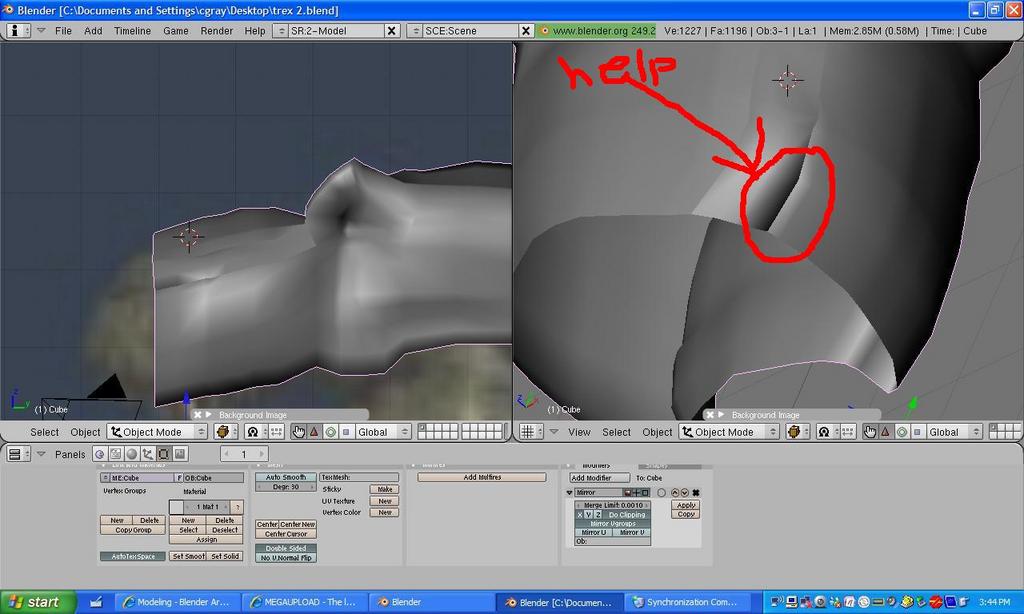 i understand its just i need to round it out, so should i start over

hope it helps with more details for your dino

have fun with dino