Hi,
I come here to ask for some advice on how to achieve an effect.
I want to create a still image of a scene where the main character is running across a dry dirt surface frantically and I would like dirt “spraying” in the opposite direction to the character, like the way off-road vehicles spit up dirt.
I have looked it up but perhaps I haven’t used the right phrase - here are some images to illustrate it better. 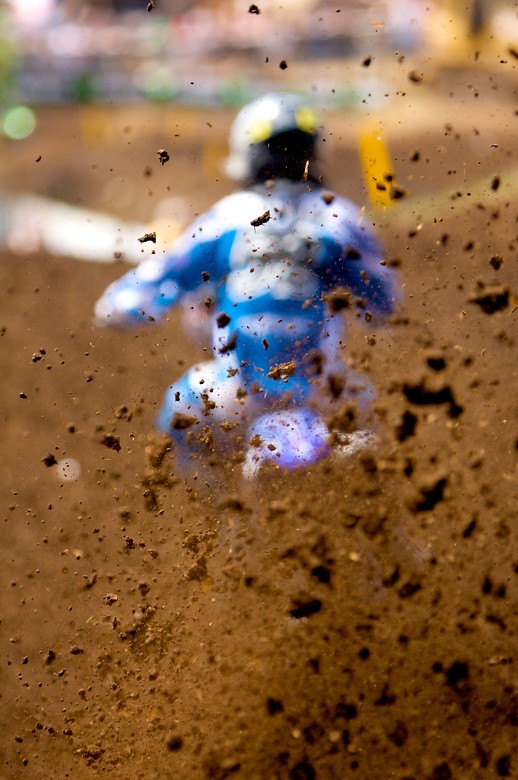 It doesn’t have to have the dust cloud, nor be on a huge scale like those images (they were whipped up by vehicles after all), just enough to add some aesthetics to the scene. I added this post in the Particles and Simulations section because I guess it would involve something to do with particle systems.

Thanks in advance!
PS: Out of curiosity, how could I make this effect dynamic so I can use it in an animation of the character running?

Particles can do this, using the Object option so solid objects become the dirt & debris. You can do the dust cloud effect with halo particles. An example from Blender 2.44 can be seen at the end of Monster Movie

Well I guess it should be possible with particles. However I think if it is a still image, image planes should also work well. Of course it’s kind of cheating but it’ll give you a better result within less time.

Thanks for your opinions. I think I’ll have a go with particle systems (and learn how to use them, now I know it’s possible), but Mr.Lasla, if I used an image plane and assuming you mean to texture a plane with an image, I would have to create or find an image of dirt flicking, no?