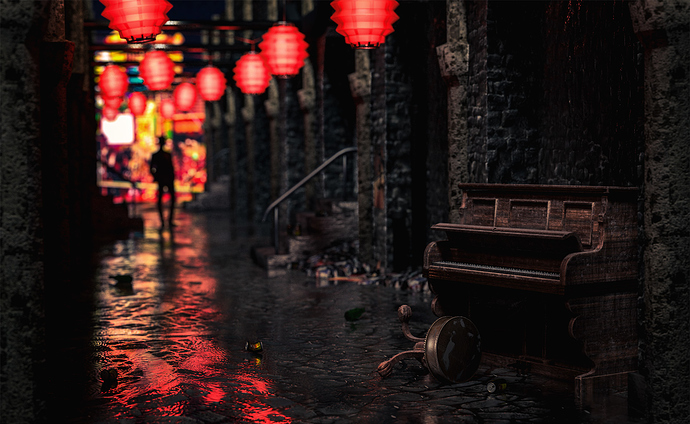 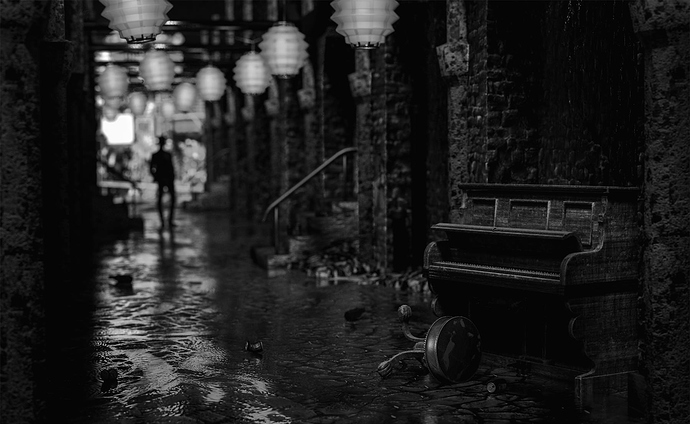 I love the atmosphere projected by these!

I love the atmosphere projected by these!

I worked so hard with this.

It’s seems lie an obvious rip off from Gleb, but it’s not means that it’s not a good job. The job is fantastic… The idea is not that impressive because it’s kind a cliche

It’s seems lie an obvious rip off from Gleb, but it’s not means that it’s not a good job. The job is fantastic… The idea is not that impressive because it’s kind a cliche

Rip off of Gleb? Hardly

its not as though he pioneered the idea of doing an alley shot.

This is a fantastic piece, really well composed and the atmosphere is great. In terms of critiques the lighting on the piano seems off, but that’s just me nitpicking.

There is something off with the composition. Rule of thirds might help I think.

I did a small composition. I added something more to make it more interesting. I believe every image should have a small story. 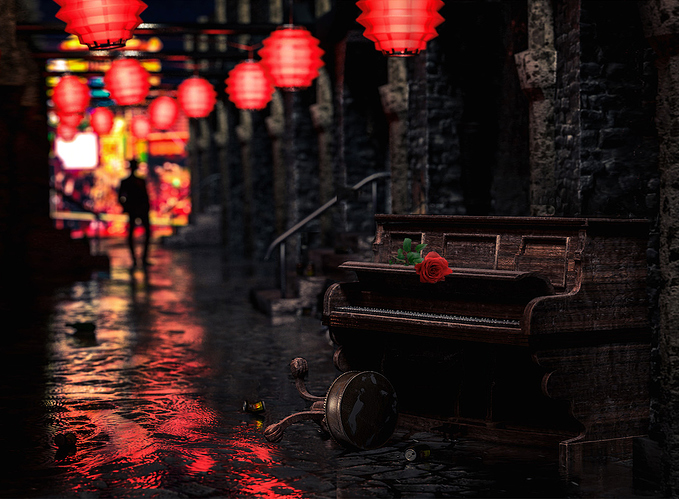 The only thing that striskes me as rather odd is that the strreet is so dirty, but the lamps/lanterns and the beams are so clean.
The rose is great, but should not be face-on. maybe laying on the keys (and a bit smaller).
Otherwise a very nice render!

It’s beautiful! I know how hard it is to create a dirty/messy scene, I’ve tried myself a couple of times, but you made it

And I prefer the first color render… In the second one it seems that someone pulled the piano on purpose to take a shot… while in the first one it seems “forgotten”.

I was seen Glebs street shot, but I didn’t try to rip off his work. I did look very many pictures to get reference. And also: I’m not even close of his level, so his fans can stay calm. (I’m actually one of those.)

Also I love the rose composition. You are right that it adds a lot more interests to this picture.

I had the same thought as bigbad, definitely like the small additions and better focus for the composition. Overall nice style though!