I made this model & animation in Blender for a Mechanical Engineering student at IIT Bombay. You can see the full animation here - http://oscar.iitb.ac.in/availableProposalsAction1.do?type=av&id=603%20&language=english

Please give comments and feedback so I can improve my work. 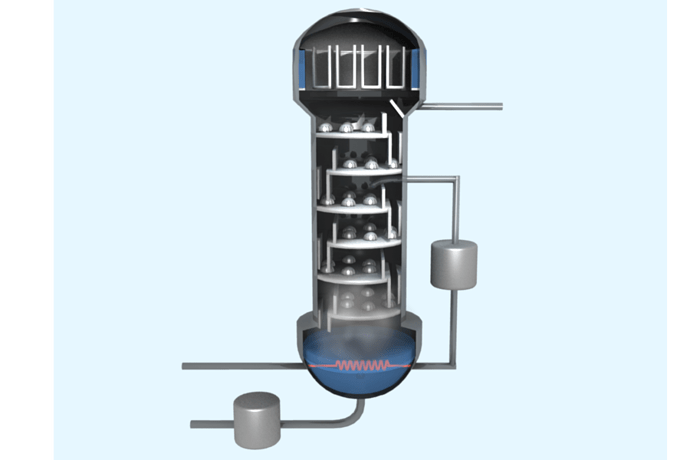 Wow! Love the way the water turns to steam here. can you upload the blend file? I want to know how you did that. Metal needs more finishing. Plus I think a real distillation column might not be so clean. In a refinery, there would probably be charred patches and anti-rust filters on the surface. Other than that, great animation! Well done you!

I like it! I especially love seeing Blender being used for scientific and educational purposes.

I wouldn’t bother adding charred patches, etc. to this…I’m assuming it’s not going to be used necessarily in a refinery, that it could be a scientific or pharmaceutical instrument, in which case it’s not going to get that dirty. At any rate, it’s for an educational demo, so it doesn’t have to look “used.”

I also think the metal could use a little more work…a little lighter, brighter, shinier. One thing I would fix with the modeling is the way the tubing bends. The L-shaped joints should have some sort of L-shaped connector…you’re not going to see one tube sticking into another one like that.

Another thing you could perhaps do is show the low boiling point and high boiling point components in different colors to demonstrate their separation with more clarity.