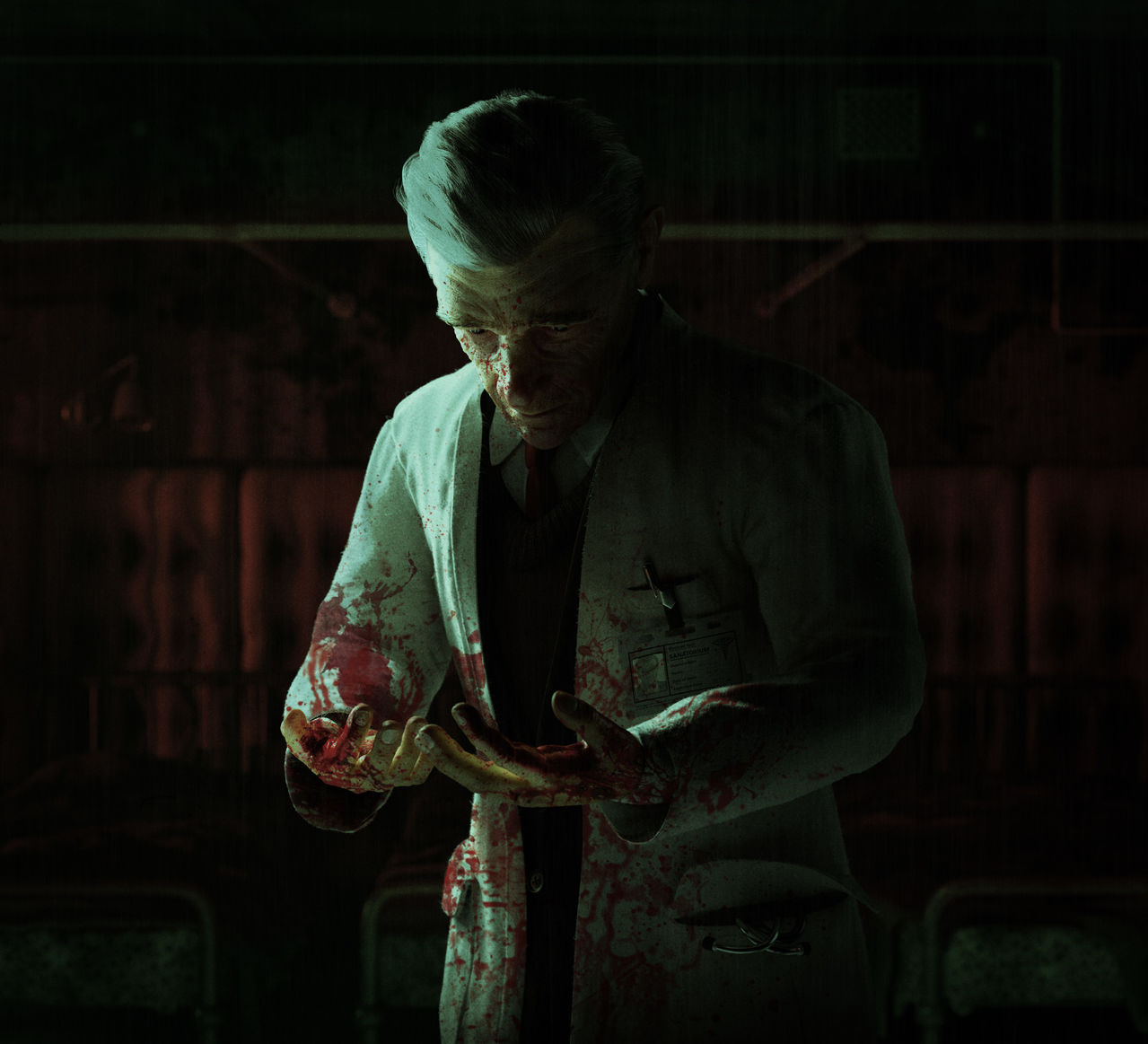 The first thing that strike me under the lvl of the rest in the image are the nail. If you look at your hand they are the same color as the skin just flater and more glossy with a radial gradiant going lighter betwine the midle and the tip and a whiter band at the extremity. here some of them look like fake probably for cause of to much flat ness and glossy but I m not realy sure if its the only cause. The one on his left tumb loog of and some that ate not turned too the main light source either look totaly flat reflective. 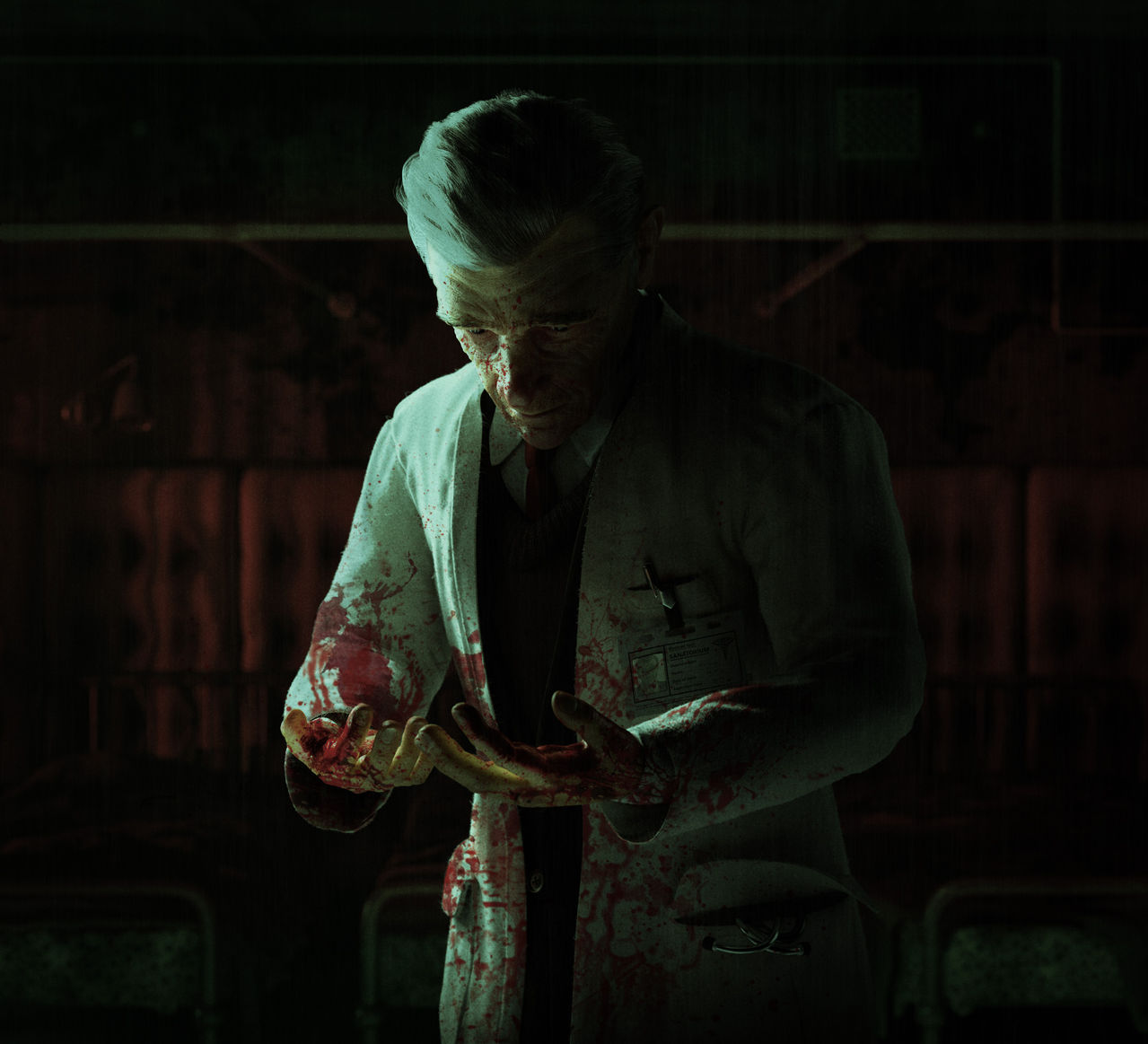 Here is a bit of an update. Refined the finger nails and the sleeve on the right.

The upper arm is looking a bit short. Also the hands still need quite a bit of work.

But I’m not going to have a lot of time to work on it.

I think the image maybe works the same cropped in. So here it is. 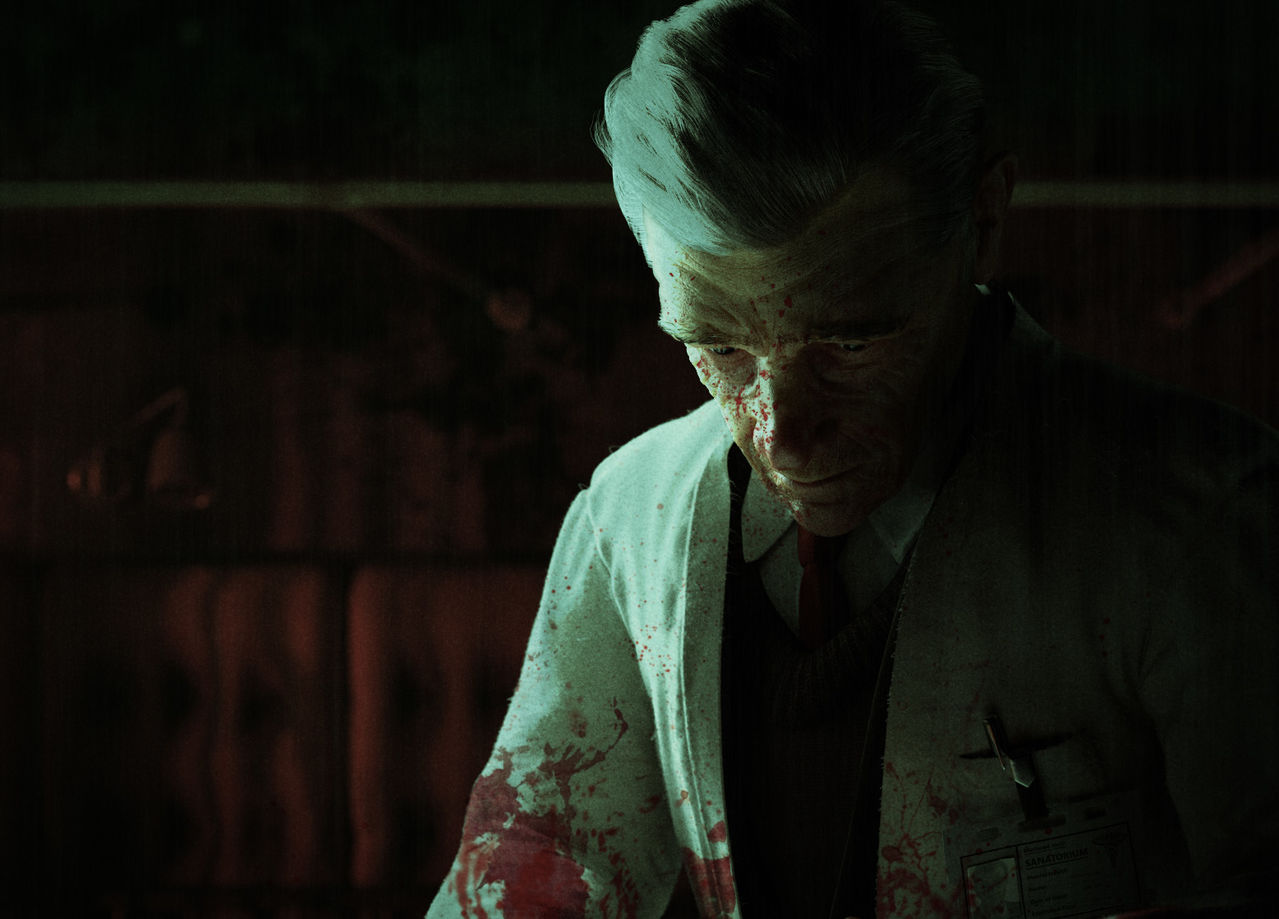 only one crit, the position/pose of the hands looks unnatural, the rest of the render is top notch though… PS is the blood ment to look so dry?

I think it dont work the same at all. Hands are realy important in your image I think. With the hands, the guy is like looking at his hand as if they werent his and thinking what have I done and/or you failed me.

With the new framing he looks ashamed, but there isent this dualisme betwin body and soul.

It work too, but its not the same story.

The hands may need some more work, they are ether too stocky or lakes some bruises and coloration if he beated somone with his hands ( but I dont think thats the idea). if he is suposed to be a surgeon his gand must probably be more skiny.

Looks good as is. I might play more symbolically with the lighting. Basically put the bright lighting directly behind him, at his back, instead of from the left, and then put all of the gore/front in ambient bounced lighting and shadow this way, symbolically the light is at his back and he’s facing or heading into darkness.