For Christmas I received a gift that made me especially illusion: a decorated box that I did not buy the first time I saw it and that later, when we returned to the museum where we saw it, it was gone.

So as a tribute and show of gratitude, I decided to recreate the scene integrating the person who gave me the gift.

Modeling and rendering with Blender and Cycles. Tulips borrow them from https://www.blendswap.com/user/Nmn9

Render in two different layers (one for the scene, second one for Silvia) to be able to process them later in Photoshop.

The original box is this: http://www.pensionfuerprodukte-shop.de/images/product_images/popup_images/33_2_einsichten_schwester_l.jpg 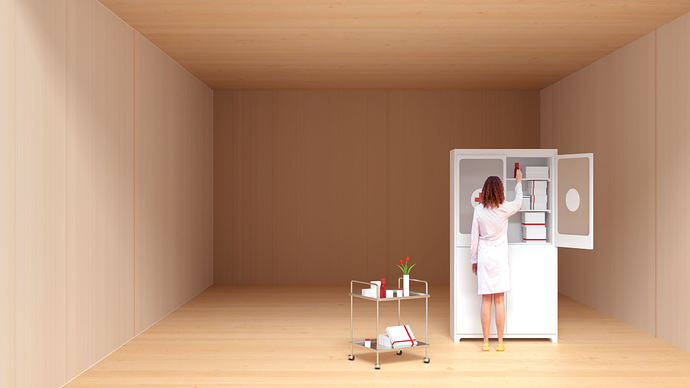