Dragon for "A Thing Or Two About Love"

I’m making a movie with a knight and dragon and this is what I have so far for the dragon.

I’m stuck as to what to do to make a dragon head capible of human emotion and expression and how to make soft bodie have the wings stay attached to the bones, while still billowing. 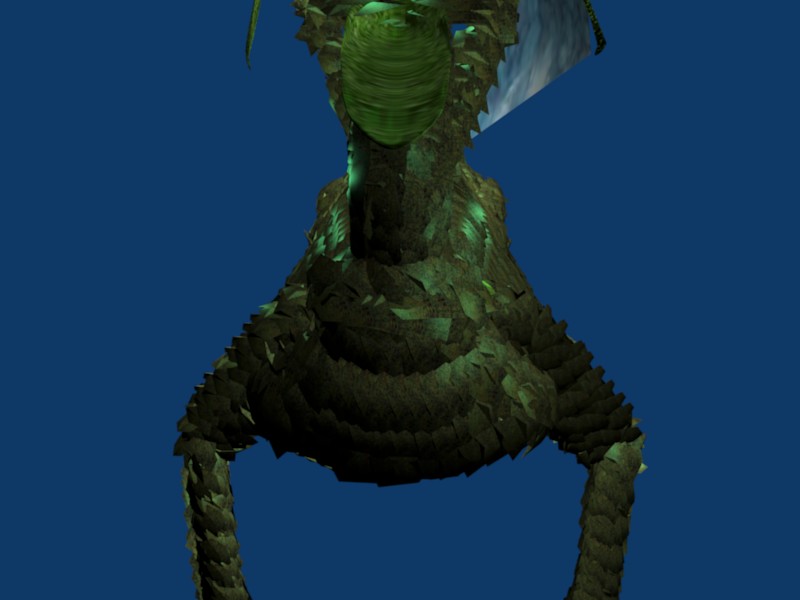 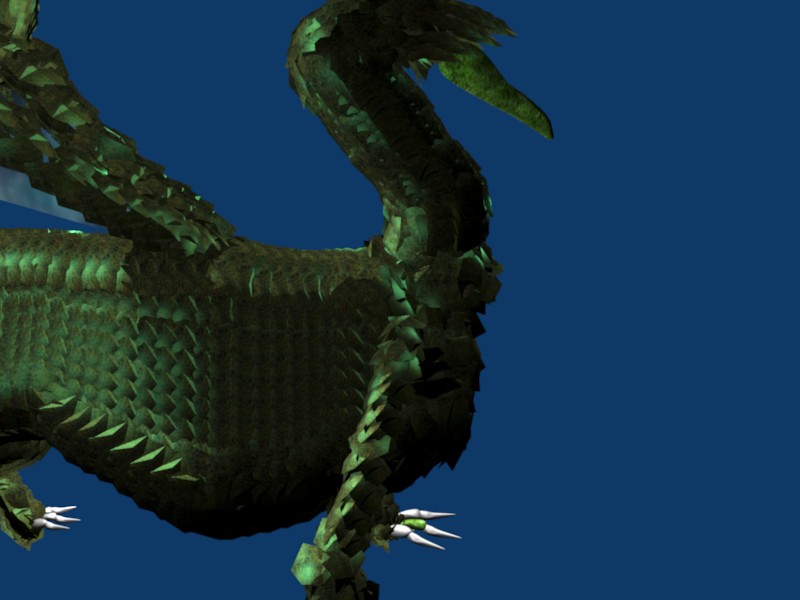 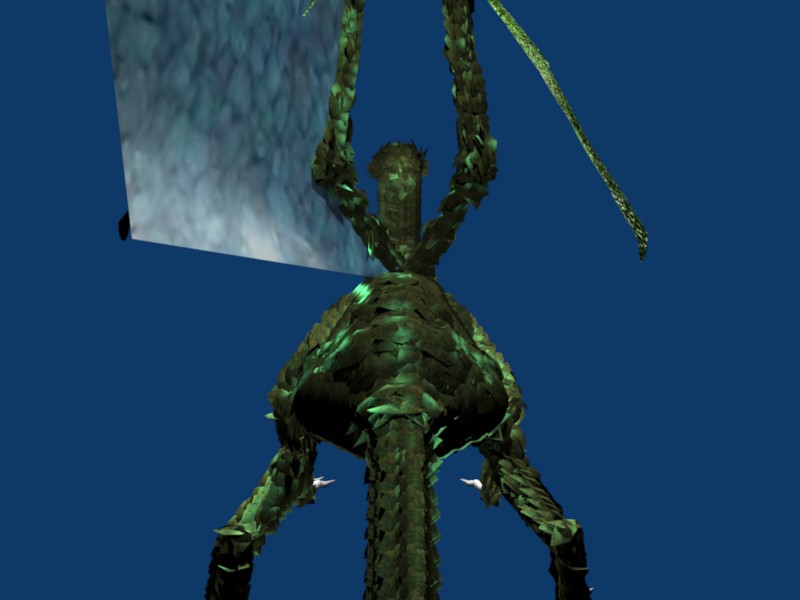 The lighting’s too weird and off-sided, and the camera angles are pretty bad. All-in-all, I can’t, in fact, see the head you want to attach emotions to or even, indeed, tell what the model looks like.

Pretty dark on my screen, too. Couldn’t see enough to make out the head.

However, human emotion is mainly conveyed with the eye brow/upper eye lid and the corners of the mouth/upper lip. So, make sure the eyebrow and lip corners are visible and there’s enough face surrounding them to give them places to move to when they move.

If the dragon is going to be talking as well as expressing emotion, you’ll need a mouth that widens and narrows as well as opens and closes, to do lip synch. Lips would also be a good idea, but aren’t absolutely necessary.

Did someone say Dragon?

In most cases I see claws or some sort of form but I couldn’t really tell very well how that’s supposed to be a Dragon, maybe because of the camera angles or the fact it seems to tried to model every scale.

I’m guessing that the head is, at the moment, just a generic cucumber-shaped extrusion, from what i can see.

I didn’t notice the darkness beacuse my monitor’s cranked at the moment, but the cameras really aren’t helping me at all either. Zoom out a bit more, get the whole thing in the view Um . . . turn on passepartout and use shift-f fly mode to position the thing if you haven’t tried. Go for a three-quarters view or something like 30 degrees right 15 degrees up from the model. Post an object or edit mode screencapture if you’re having too many camera problems.

Heres an update, I’m still working on getting it to move naturally but at least the head is finished. One thing I really need help on is how to make an material/texure that would match the rest of the body for the head and wings. 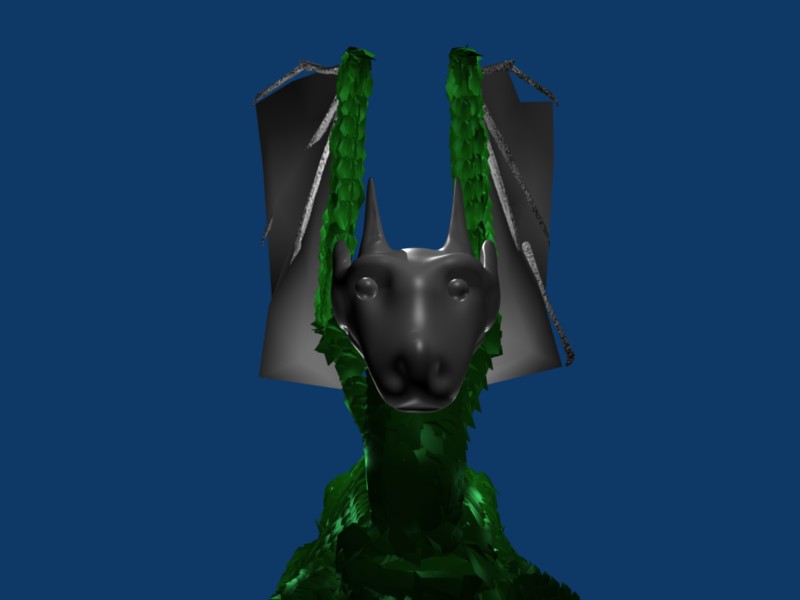 but i might suggest sketching kinda progressive section fo scales… where some scales are bigger than others in pattern that might flow with articulation ya know? if ot then think of how a birds wing feathers are setup and how they differ in size to accomodate such articulation