Sculpt made with Blender inspired by Olivier Ledroit work. 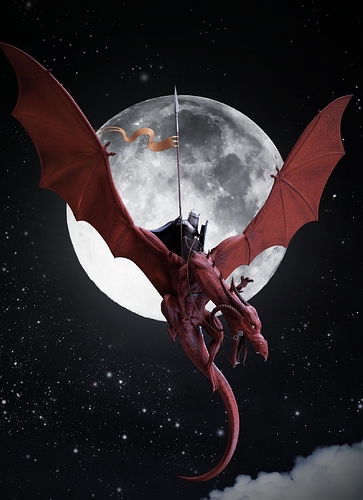 Clay can be seen here: 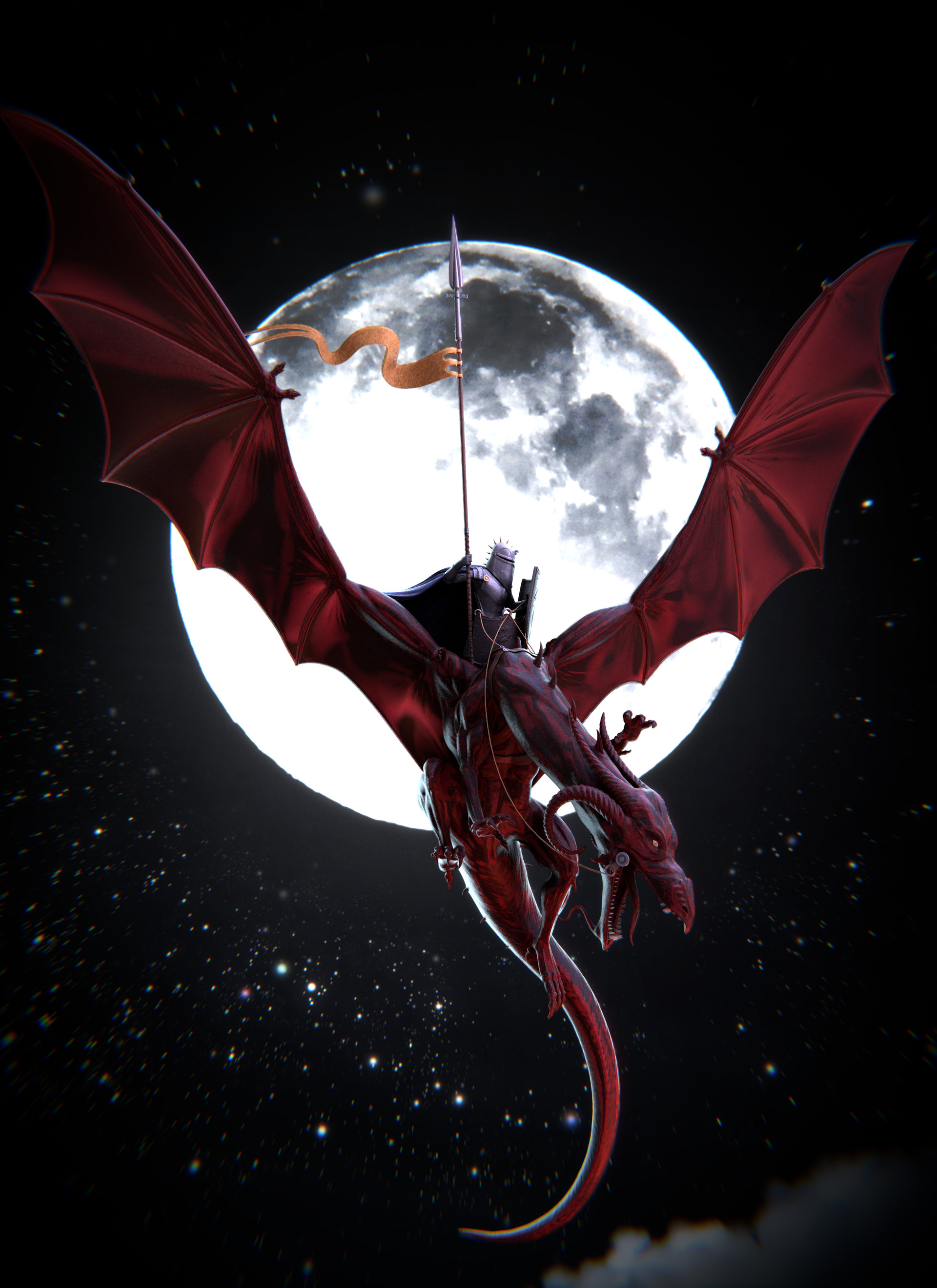 Sculpt made with Blender.

This is so cool!

Thanks Guys!
Add a new version with new lighting 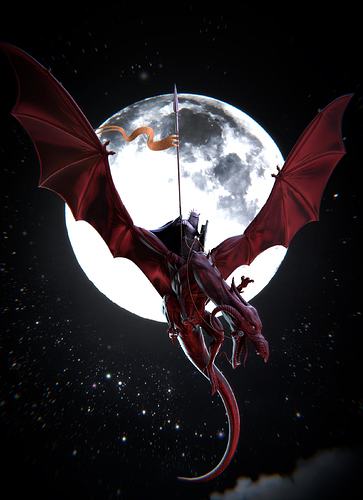 Looks great. I like the first version better, it shows how well done the model skin is whille the second one is nice looking but hurt the effort you put into the dragon texture.

Yes, the first one is better, the aggressively dramatic lighting in the second gives the impression of the Dragon being very shiny.

Overall, the Dragon pose here is well done, but the total amount of variation in the texturing and shading leaves a bit to be desired (when taking into account all of the different parts that make up a Dragon).

Can I be the first to say, the second one looks Better! It just POPS!

Only thing is the moon is all blown out, but other than that its just Awesome!

This is so awesome man! I love it!

It has a nice silhouette and I really like the shape of the nose and head. Very pleasing and that giant moon in the bg is cool. Also really great posing!

That is so cool! I’d love to see a short with something like this.

Great modeling but the lighting doesn’t make much sense. The main light source would be the moon (so it should be more or less a silhouette), but the dragonrider is mainly lit from the right. By what light source? The sun? That would explain the ambient light on the left side of the models but not the black night sky.
I’d also expect some light to show through the wing membranes (translucency or sub surface scattering).