Hey there, I’m fairly new to blender and I was wondering if there is a way to get objects from a dupligroup along a path. What I’m trying to accomplish is getting some planks I modeled to distribute themselves evenly along a spiral I created to make a wood roof, no animating. I’ve looked in the array modifier but the settings seem to be limited to emitting single objects, and the hair particle system doesn’t seem to work on an object with no faces. Is there an easier way to do this or am I missing something important? 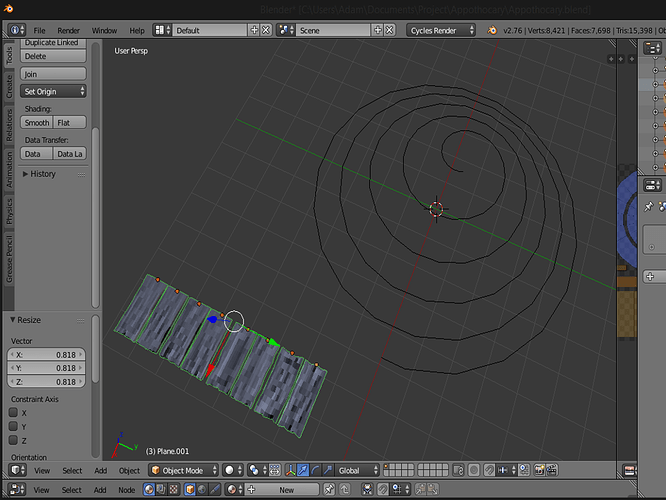 I’m not sure I completely understand what you’re trying to do, but you can do some powerful complex spirally stuff with Arrays using Object Offsets. See here:

As far as I know the Array modifier only does single objects, I’d like to have multiple objects independently along the array to provide variability like a hair system with duplication groups can be used to make a forest.