I’m trying to render some data out as AOVs, but I keep running into this problem. I’m not sure if this is a bug or expected error, so I haven’t reported it yet.

I have a complex shader that keeps several layers separate (Diffuse shading, diffuse color, gloss shading, gloss color, etc). These are then rendered out individually and combined in a paint program as the basis of regular digital painting. However, this means the shader is very complicated and has tons of nodes. There’s a variety of materials that are all using the same shader via a Group.

If I try to render with the full shader active, and AOVs plugged in, then first everything locks up for much longer than the usual eevee compile time. And then when it does render, the AOVs work, but one material will render as all Pink, just like if it had a missing texture. Also that particular material will show up as Alpha in the AOV passes. I get this error message in the Console: 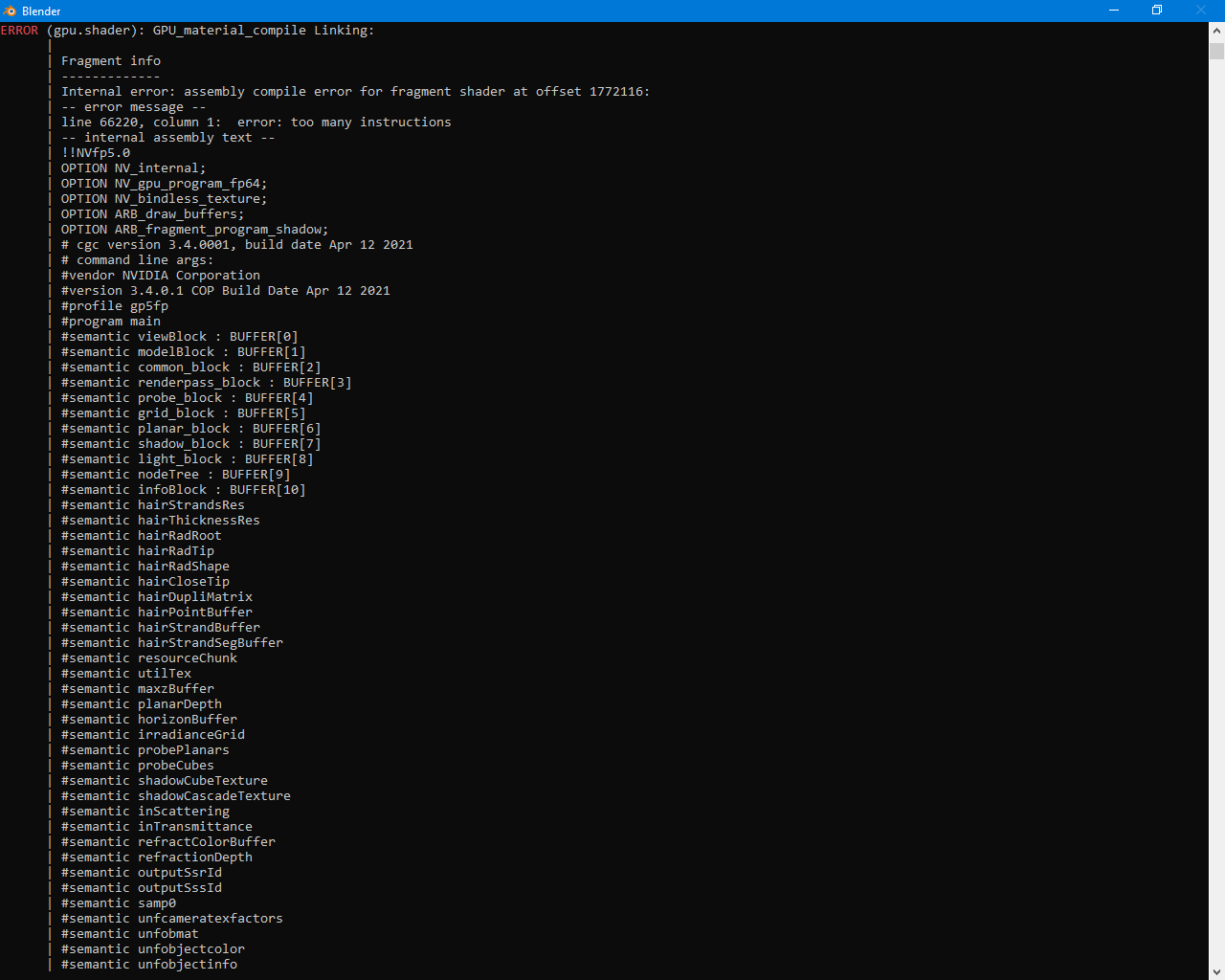 I have found that if I unplug parts of the node setup, then this problem doesn’t happen, and things render successfully. And it always worked fine before I tried the AOVs. So I am assuming that I am hitting some sort of limit. I know its not specifically the Node Limit, as I’ve hit that on other occasions when using too many procedural textures, and it has a different error.

Does anyone understand this error, and what it means? There is more of it than the picture shows, but its mostly long lists. I can get the rest if needed.

You are hitting your GPU’s instruction limit. This limit is determined by your GPU hardware and driver. IIRC, this limit has been the same number for NVIDIA GPUs on Windows over the last ten years. It isn’t a bug, just an error when you exceed the maximum amount of instructions. You have to simplify the shader until the error goes away.

Ah, that’s what I was afraid of. I guess Eevee is doing too much as one task, instead of running a series of them? I don’t have issues using much more complex setups with lots of AOVs in Cycles.