I am trying to extrude a Bezier curve along an other Bezier curve.
It works, thru the “Object Data” panel with the option “Bevel Object” activated from the “Geometry” sub-panel. 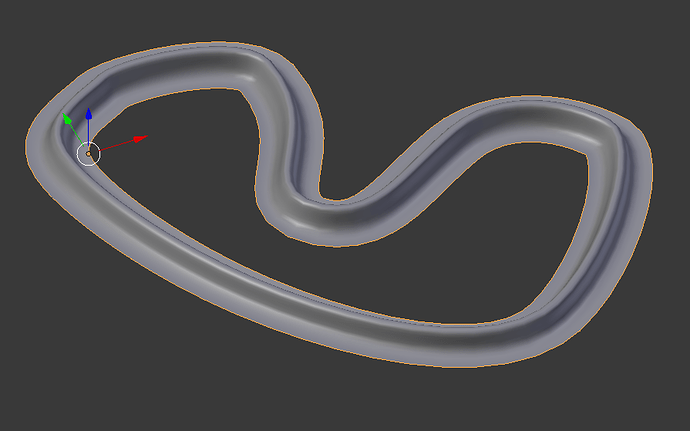 But when I want to obtain the same thing, this time applying only modifiers “Array” and “Curve” to the cross section Bezier curve, it doesn’t work. I obtain something like that: 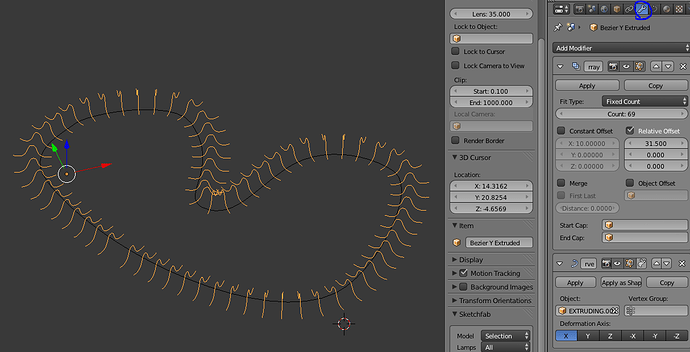 And the Surfaces doesn’t join togather.

Does it mean that it’s not possible to obtain the same thing only using modifiers ?
Or is it due to the fact that I am using a Bezier curve as cross section curve instead a mesh ?

Thanks in advance for your tips :eyebrowlift:

you could try with array and curve modifiers!

Hmm,
that’s exactly what I did, but it didn’t work for me. Maybe because I do something wrong ?
You can see what I mean hier in this blend file

sorry miss the second post !
with array modifier you need a 3D model not only a cross section then it should work
but there might be some distortion on some parts of the path!

one thing is that you also need to convert your bevel curve to a mesh !

Thanks RickyBlender for your confirmation.
I was suspecting that it have be to be a mesh, but I wasn’t sure