My first attempt at figuring out a way to make eye textures in Blender(iris in this case). When I get everything figured out I plan on making interchangeable iris and sclera image textures. I have seen other ways from tutorials but I wanted to make something that looks less uniform. 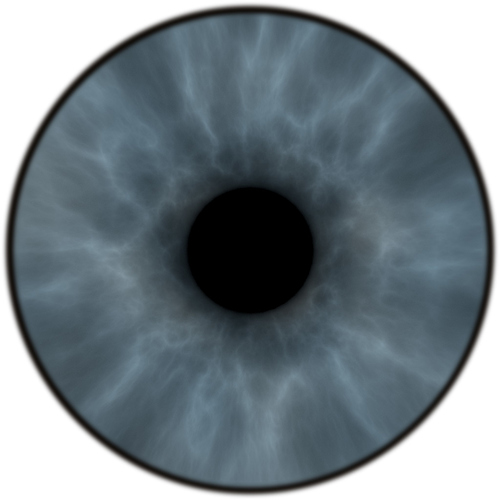 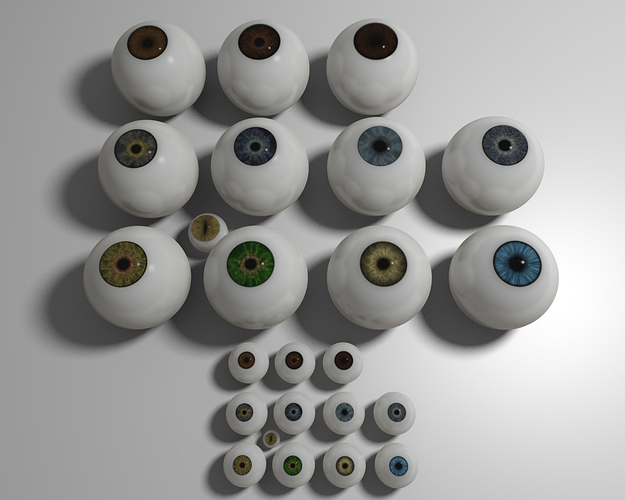 It would be interesting if you could make some less uniform colour, such as my eyes. Deap green on the outside, going to dark bronw on the inside. Very well done though I must say…

@Bao2 it is technically a procedural texture, but its rendered as its own scene in my usual roundabout nonsensical way then applied as an image texture.

@Wefyb it didn’t turn out quite as I had hoped, but unlike the original one I don’t have a reference. 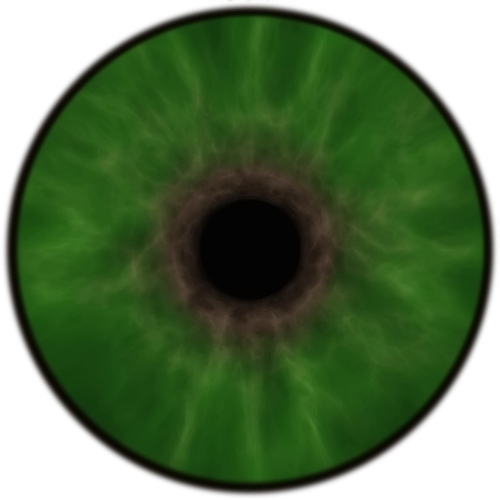 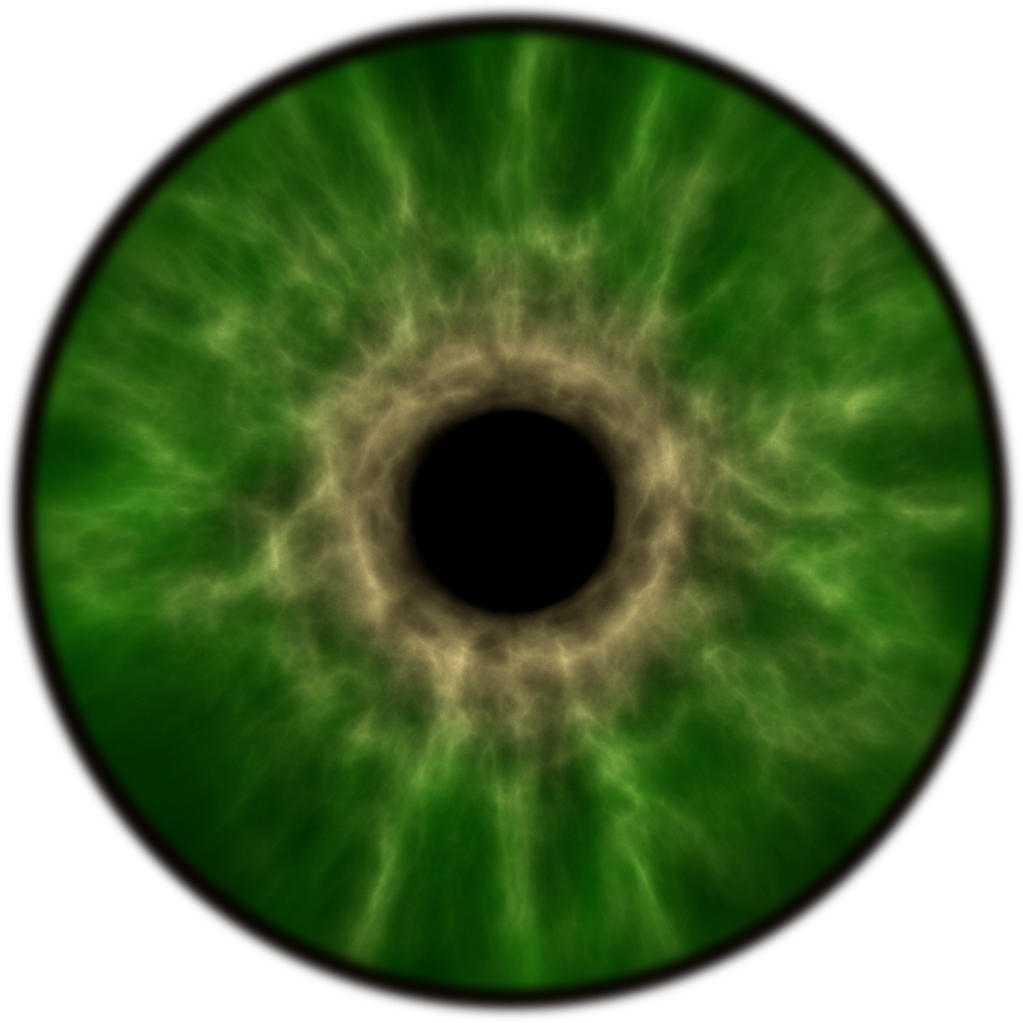 Don’t worry, with a small colour corection I think it is more like mine now

And yes, my eyes are badass :RocknRoll:

Good job though, care to show us the setup? BTW, Jpeg fails… 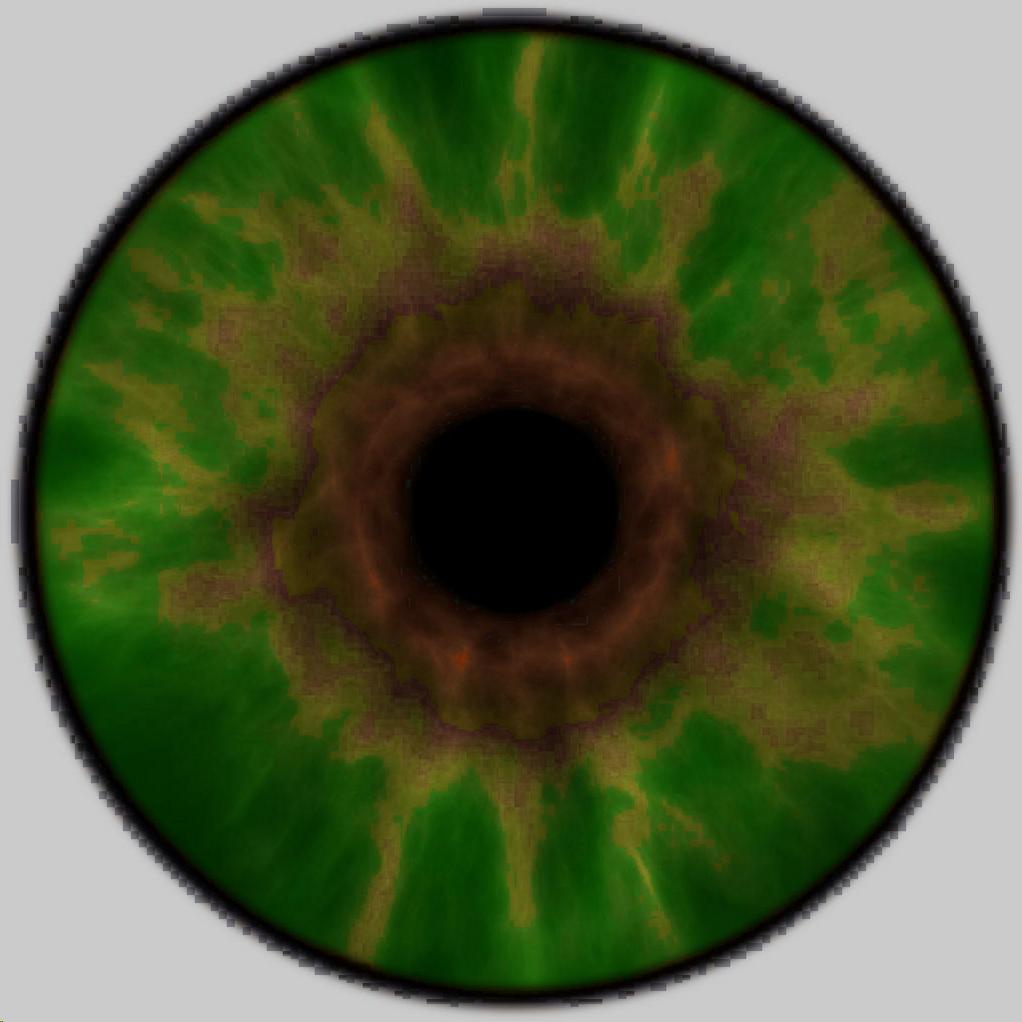 Maybe when I perfect it, but right now I really need to go to bed its 2AM here and staying up probably isn’t helping my cold any.

And yes, my eyes are badass :RocknRoll:

Who needs conspiracy websites, when I can stare into people souls and force them to do my will.

PS: When I was much younger they where Green and Red. And I had white hair. Badass.

Who needs conspiracy websites, when I can stare into people souls and force them to do my will.

PS: When I was much younger they where Green and Red. And I had white hair. Badass.

and starred in a japanese cartoon? haha just kidding, its quite an unusual colour combination though green and brown lol should upload a picture for us

mine are a deep blue with a darkish ring where it meets the sclera (white part) and a paler blue where it meets the iris but it has almost a spirograph type pattern with the light blue throughout. it seems to become a lighter blue in the right conditions though which make them quite vibrant

as for the eye textures they are very good

im interested to see how you got the effect, they all give a nice variation of colour and tone without looking too unrealistic

@bacon_chaney I’ll have to work on the spirograph look 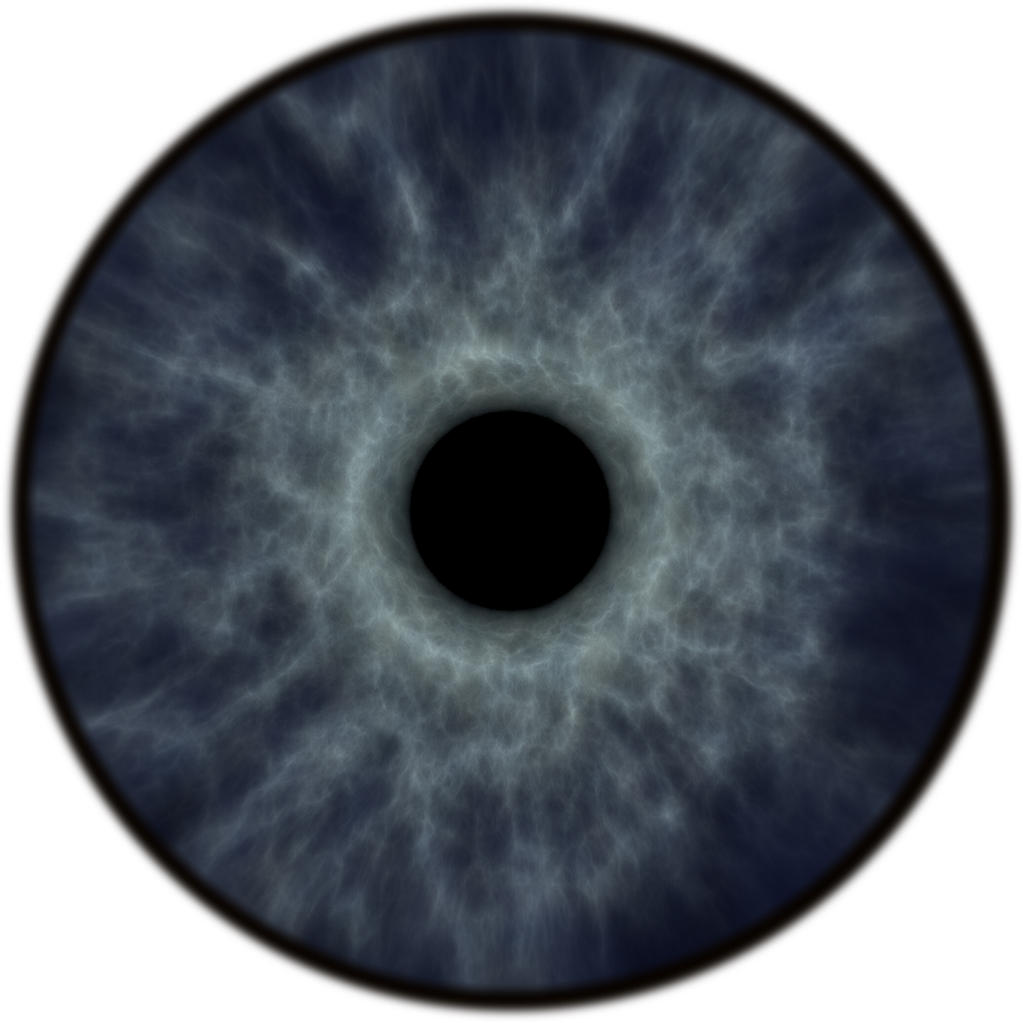 If anyone wants to use any of these feel free, thats what they are there for. You can get them at my free texture site. www.cgnexus.net

thanks i will have to check them out

My eye colour always puzzled me too. Some of my friends have 2 different coloured eyes, and weird combinations. Still whenever I get asked for my eye colour I just say “Yes” lol.

I might be able to get a photo of my eye, but my camera is acting up, and all that stuff that usually happens at just the wrong time XD

I would really like to see exactly how this is made, because it is a truly fantastic effect.

Feel free to post reference pictures. I’m limited to Blenders textures but I’ll see what I can do.

they are awesome! that last one… I could have sworn that was a photograph. Great work! 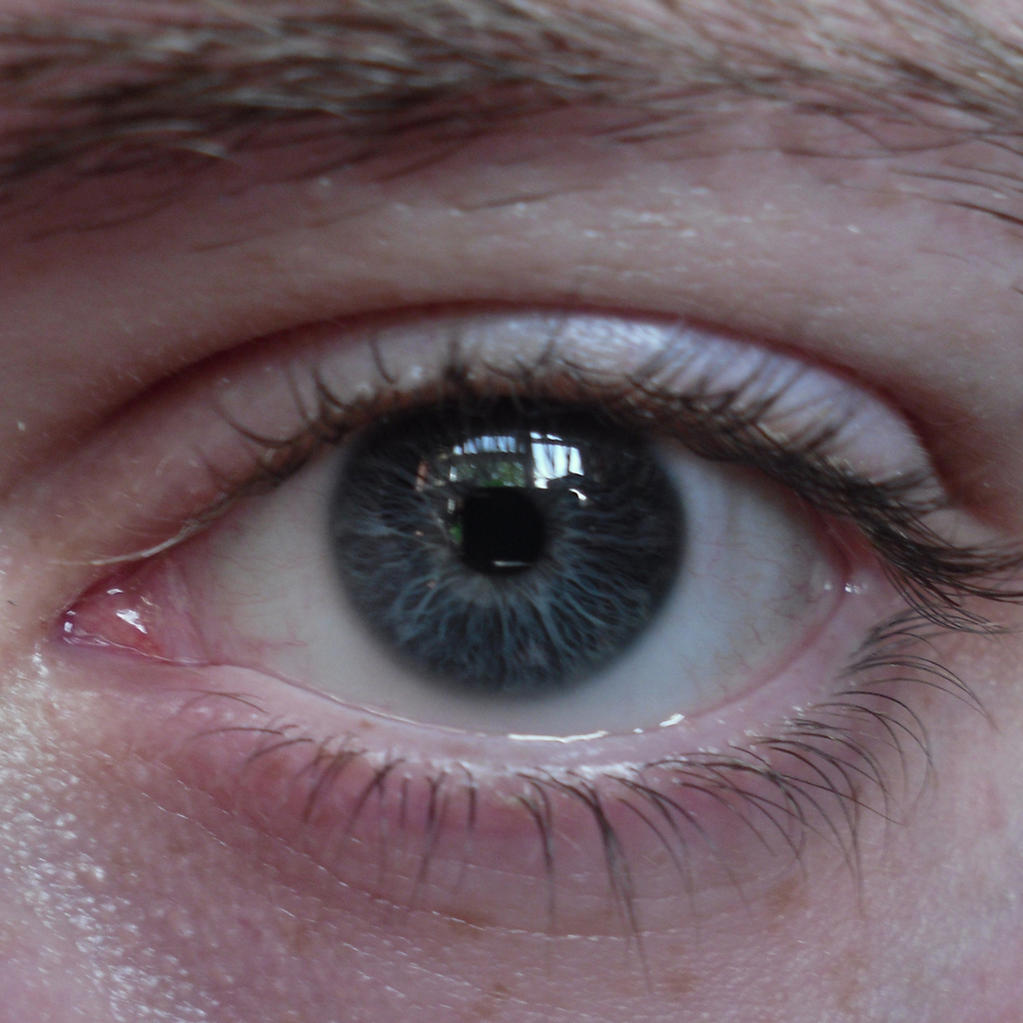 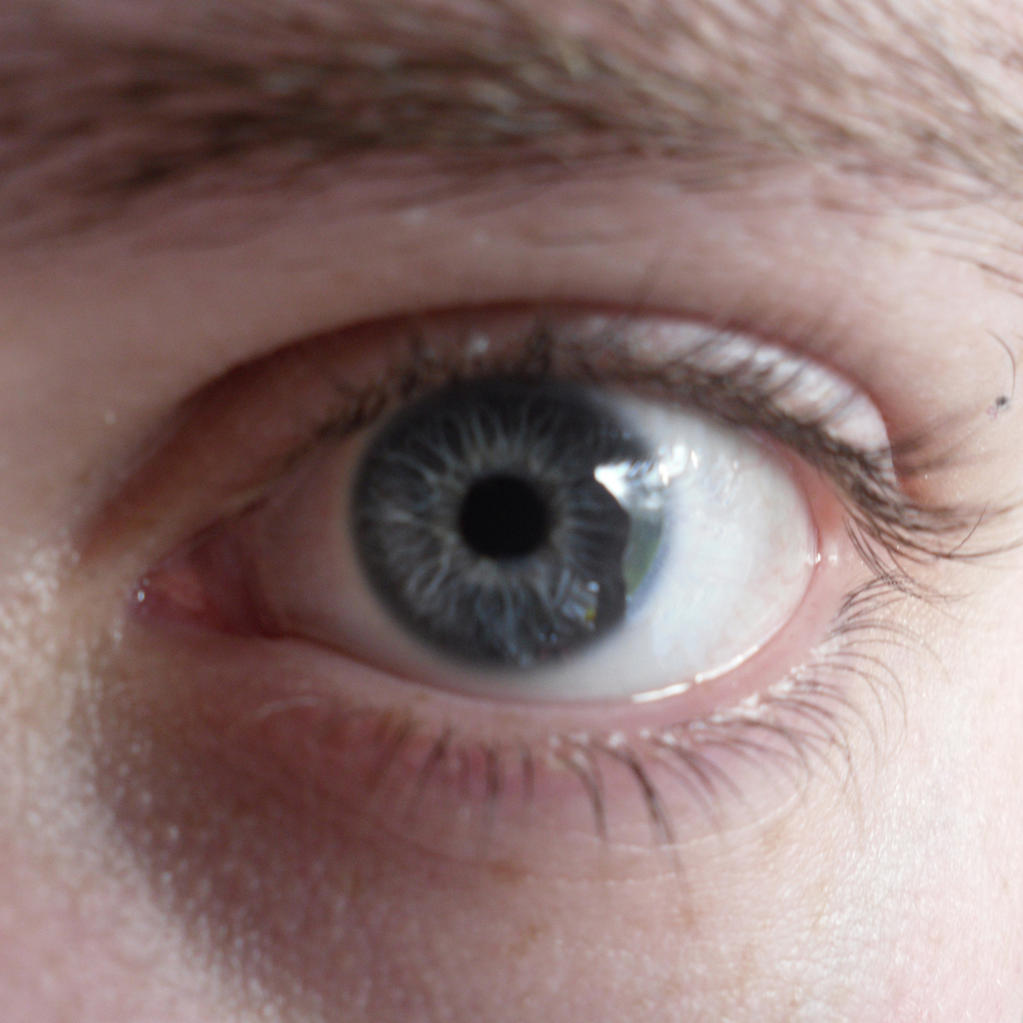 sorry if there a bit out of focus, couldnt find my brothers dslr and its a self shot lol.
should help explain what i mean by the patterns

Here is one of mine, not the best photo, but it was taken at night so can’t help that XD
btw Bacon, that is some really intricate eye patterns there…maybe those genes aren’t in Australians, because all of our eyes are boring…

Also, I’m not sure about your screens, but this photo actualy looked better on my camera than it did when I upoaded it…the green is actually a lot richer than that in real life… 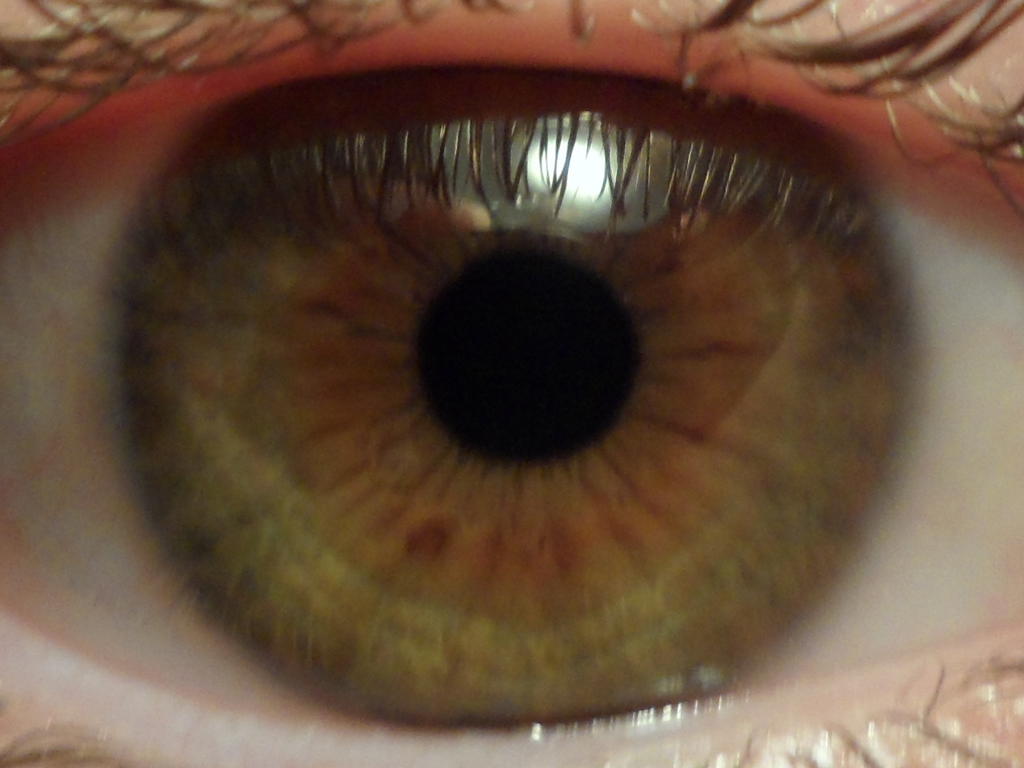 yeah i taken the ones i posted in two different lighting conditions to give an idea of how the vibrancy changes lol. idk to be honest i havent seen anyone else so far with the same sort of pattern

haah you wasnt lying about the colour, looks hazel in the photos. i hope jwatson can make use of these at least to give him more ideas

Thanks that helps a lot. I don’t know how much I will be able to play with Blender in the next few days because of a death in the family and being sick, but when I get back I’ll try to post some blend files so you can mess with it too. In the mean time I would recommend checking out http://en.wikipedia.org/wiki/Eye_color . Its pretty interesting and might give you an idea about you genetic family history and explains the how and why of eye color. It even has a few like bacon_chaney and Wefyb.

thanks for that jwatson and sorry to hear about your loss. just hope everything goes as well as it can do for you.