Hey, Thanks for reading.

I couldn`t find a tutorial for creating Fake water in an Anime Aesthetic so I decided to make one from my testing.

Due to the toon shaded nature of the brief, if your using Eevee like me, you can put the render samples down to 1 on most of the layers and leave most of the other options off. 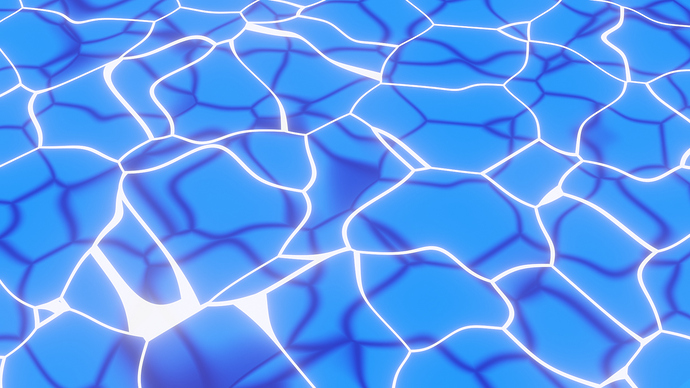 This one is really easy, and has a real strong anime aesthetic. It`s just 2 x simple 4 vertex plane one for the bottom, and another for the white highlights on top to represent the water. Each with a simple material. 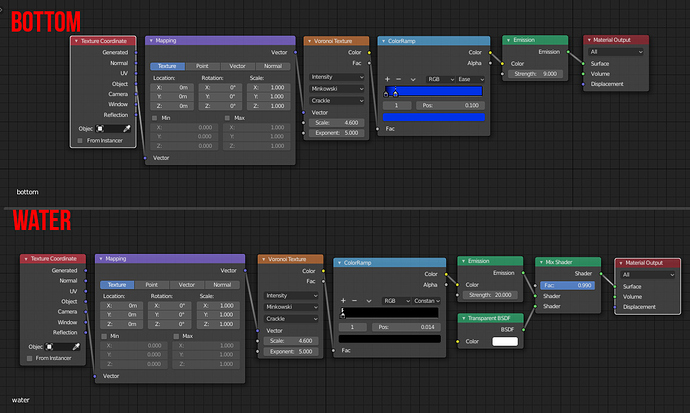 2.jpg1157×693 174 KB
For the water material to work youll need to change its properties to Alpha Blend and enable refraction in Screen space reflections. 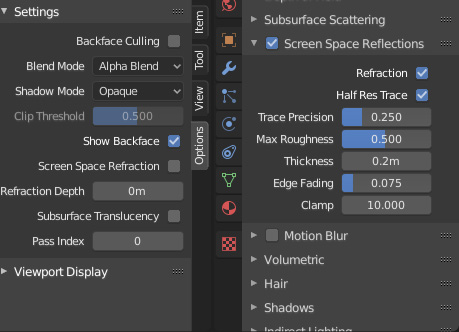 You should only need one scene. If your only creating a single image, your done.

But if you want to animate it, you`d be expecting the highlights and shadows to move, this is really simple, you just need to add a driver to either the Y or Z axis of each of the materials mapping node. 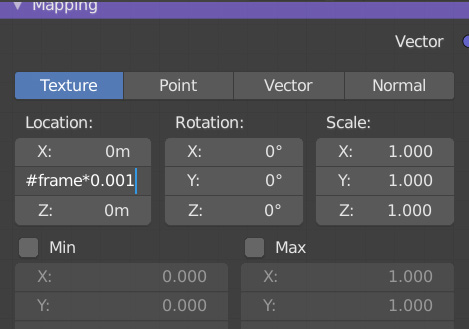 The driver to add is #Frame*0.001, you can alter the number you multiplied the frame by in order to slow or speed the movement to your liking. 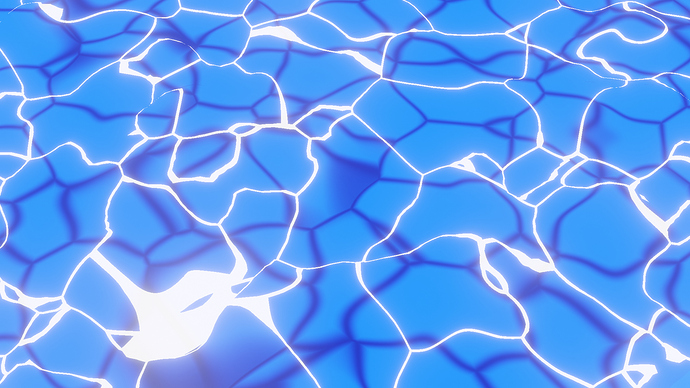 If you want the same effect as above but with a wave effect on the water, this is really easy to achieve. Subdivide the plane 10 or so times, then add a displacement modifier 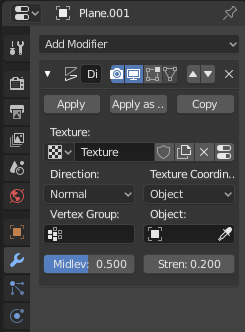 and use a basic cloud texture as the influence, scale the strength back to about 0.1 to 0.2 depending upon your needs. If you want just a single image, your done.

But if you want an animation you want the waves to move. To do this, add an empty to the scene, the go back to the displace modifier 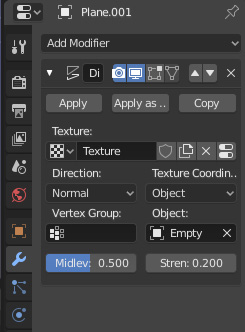 and tell it to use the empties location for its mapping. And then anime the empty for the amount of frames in the scene. 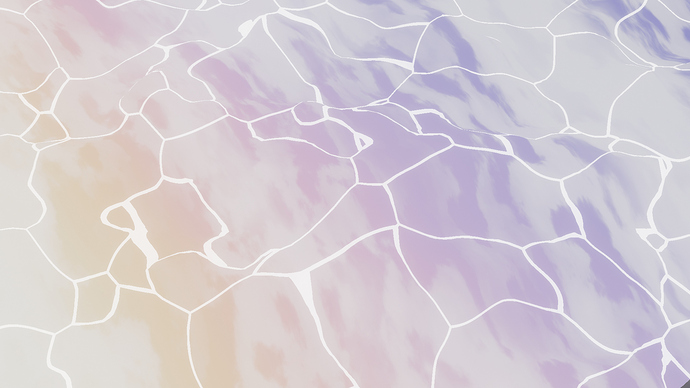 This water effect has a bit more of a anime romance feel. Its basically the same as type 3, but with only 1 plane and 1 material, as due to the reflection on the water you cant see the bottom. The reflection isn`t a real reflection, just a material on the plane. 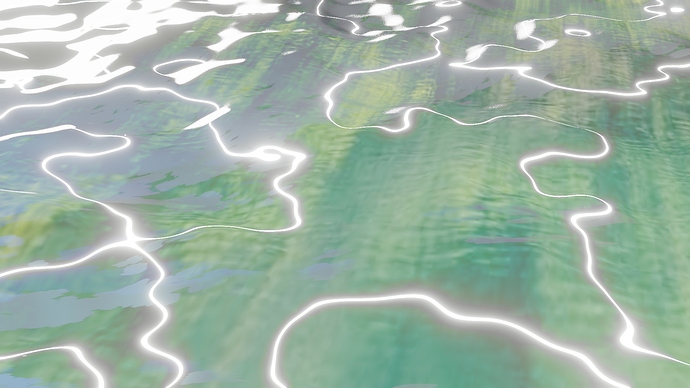 This is the most complicated in terms of layering, but I think its also the best looking. Let`s ignore the badly animated fish, rain, Lilies and bush and just focus on the water for this tutorial.

I`ll start with the composition, then detail each scene. 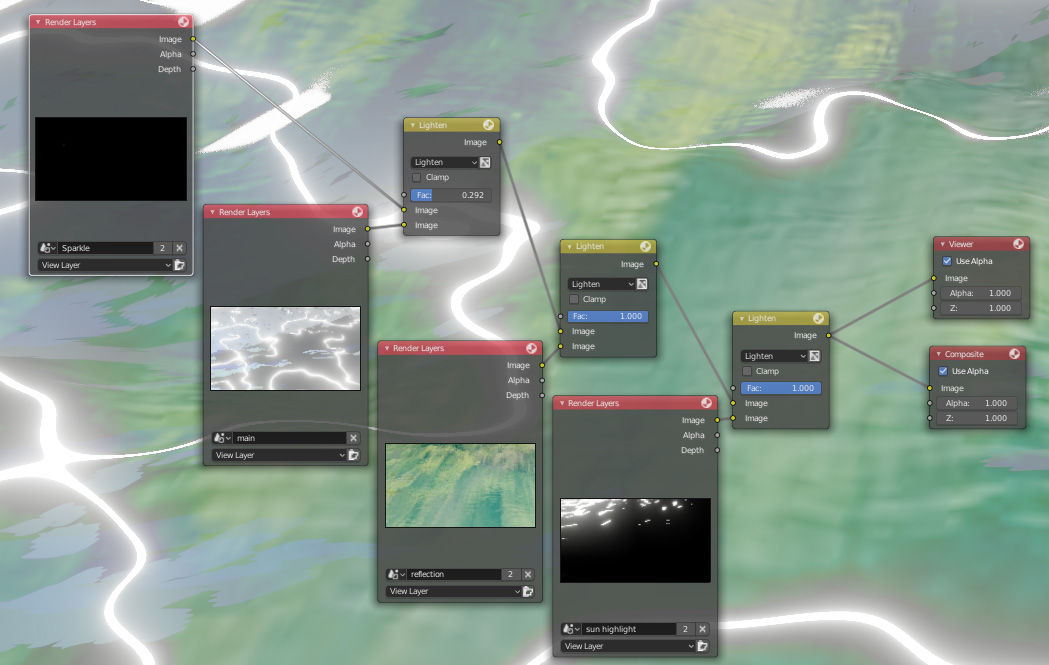 So there are 4 scenes, The main scene where most things will happen, then a highlight scene, a sparkle scene, and finally a reflection scene.

This scene starts with a subdivided plane with a displacement texture linked to an animated empty, same as type 3, but the material is different. Use this material 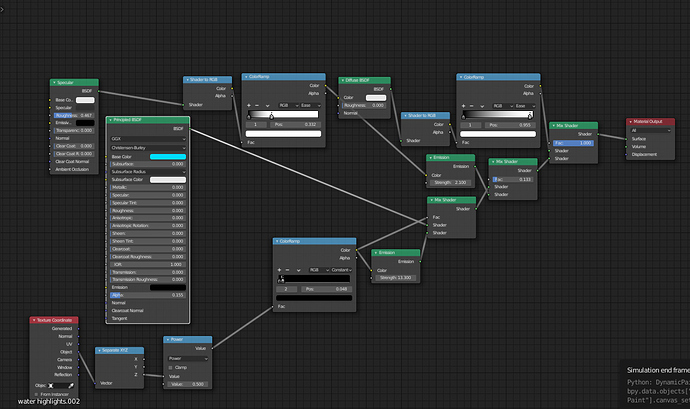 11.jpg1154×685 183 KB
This material, instead of using the voronoi texture to generate the lines, it created a narrow band or white at a fixed point on the z axis, and any part of the mesh that intersects that narrow band receives the white color.

Start with a copy of the last scene, then change the material of the water to

Start with a copy of the last scene same as above, then change the material of the water to

Just set up a plane, get a picture of a star, put it on the plane as a material 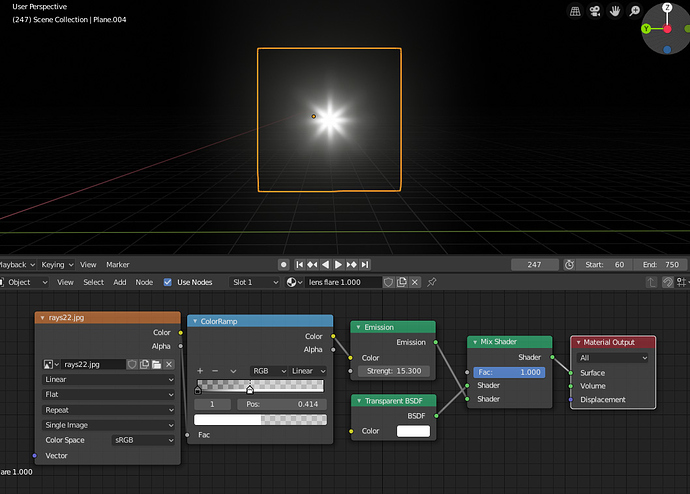 14.jpg1058×758 145 KB
. Add another plane and set that plane to emit as many sparkles as you want throughout the length of the scene. point the camera directly at the particle emitting plane. You can make the sparkles grow by using a radial texture. 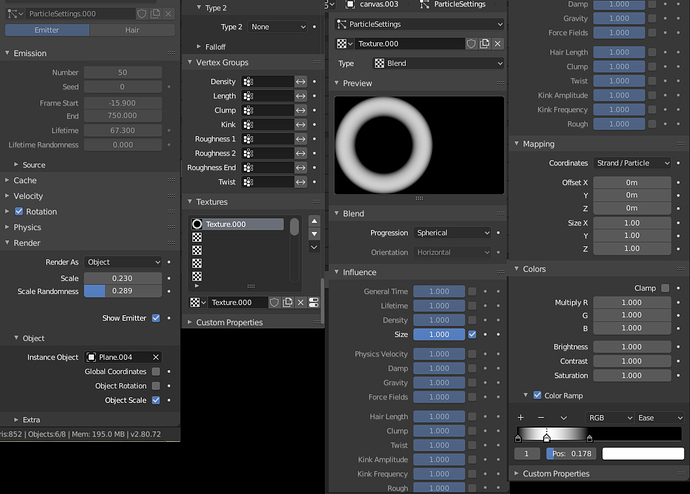 So when the scenes are composited together as shown above, your all done!

And thats about it for Fake anime water. If anyone has any questions or a better way to do this please share as I`m still learning.

Looks pretty cool. Looks like you put in a lot of effort, and it shows.

Thanks buddy. I appreciate your kind words. 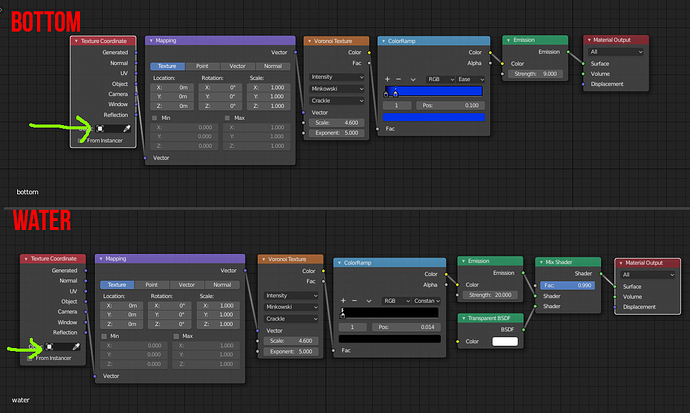 image.jpg1157×693 194 KB
People seem to have forgotten about this box, but it is a lot simpler than using drivers.

2: Once you’ve animated you’re empty - select it, open up the graph editor, press a on the curve editor to select all… Then go to graph editor > channel > extrapolation mode > linear extrapolation. This will get rig of the problem with the water speeding up and slowing down, and mean that however long you set the scene to go for, the water will animate at a steady rate.

The render should be 7-12 frames a second to get that anime feel.

Thank you. Those are all great tips! I appreciate you taking the time to help me learn and helping make this process better.

Ha. I thought you were joking at first as I was certain most anime is 24 frames. But after a little research if seems in some anime the backgrounds go as low as 5-8 fps. And main objects about double. So your spot on. Good tip thank you sir.

Hello, I’m a total beginner and this is the result !
What am I doing wrong?!!! Set the Voronoi Texture to Distance to Edge to achieve the crackled effect!

where is this “intensity, minkowski, crackle” voronoi node? these are the options in my blender: Dimensions, Feature Output, Distance Metric Hi I’n a new Blender user and this is my result after following the tutorial and making modifications found in the replies so that I can use the Voronoi texture as shown in 2.8. I notice that my result is much more angular than the result and I want to make it as wavy as it appears in the initial image. Can someone please tell me how to fix this? I think its really more of an optical illusion. The voroni texture in my example looks exactly like yours when viewed from above. If you put the displacement on the plane, and view it from the side, it will look like the screen shots I posted. There probably is a way to round the edges, but I couldn’t tell you what that is. Sorry