GameStyle: Anime MMorpg: Between the realistic and cartoonish style

We do not expect you to work everyday but please give appropriate effort into this project, including going on skype everyday to check in and talk about the project or anything

This is our current concept, more will be added in the future

_ Short story: You were abandoned, Washed away from your home just to rot… But the god have not abandoned you just yet. He told you about the tale of heroes, mercenaries and even cutthroats that met their day at the Realm of Aerium… So sailing on the star, vanishing in the Dark Night Sky and Entering the New Mundus.

Currently working on server, will start on login system in the following few weeks
we had a playable demo before, but not anymore, as our lead programmer decided to restructure the project

We are using unity engine

No you won’t be paid until we release the game for profit.

Expectation: I know there are some professional artists here but lets be real here, don’t have too much expectation but we do have experience tho

We are looking for

3d modelers
programmer
Level designer
Texture artist
Animator or rigger
Particle System Developer (magic effects, sword slashing effects)
Add me on skype taichiu727
It is ok if you are a beginner as everyone starts as a beginner then work their way up

Why You Shouldn't Be Making an MMO

Get some unsolicited advice from a guy working on a real MMORPG.Its nothing new, this trend, but it also doesnt seem to be going away as quickly as most fads; perhaps we can accuse World of Warcraft for making this such a huge deal, or maybe it all...

I suggest you read this first. Not to discourage anyone, but what you really want to do is a kickstarter funding to actually pay people.
Not many will do such a big project for free.

i agree, but well we have experience. We already have the server set up. We don’t need people who just want money but actually enjoy making mmorpgs

Some update: Programmers are currently working on the server
Inventory system and database finished

sneak peak of some progresses 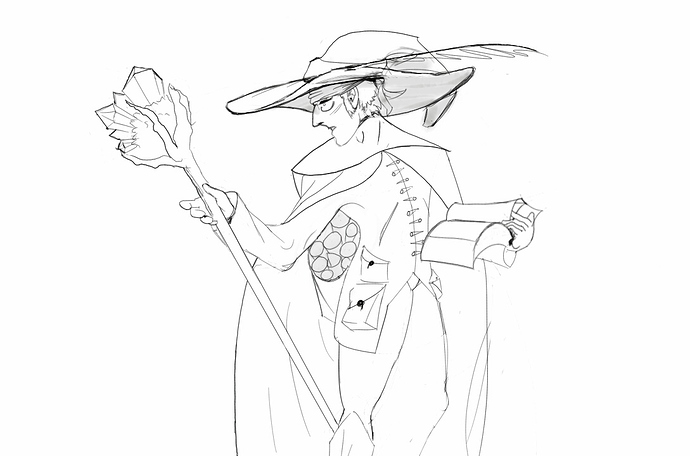 ? i don’t get what you meant

, i can do many things like 3d modelling (provided concept art is ready , it takes time to think and create something) level design , boss battle design , gameplay and UI
i dont care about getting paid provided i get access to all game source ( of course only for learning purpose , im .Net coder with VB , now learning C# ) i can work even full time (if others are working quiet fine too , until my schools start again , i got vacation for more 3 months ) in vacation i can work 6-7 hr/day and in school time 2hr/day .
i have played 25+ rpgs and watched alot of anime so maybe able to help a bit in storyline . but again , im a learner , im coding for almost 3 years now , but blender from this Jan only
i would like to join you

what vain of RPG is it? ElderScrolls, WoW, FinalFantasy, Gauntlet?
are they super-deform, Klimt-esq, realistic?
what do you expect from potential artist?

for your first 2 questions, i thought i included in the introduction already.

For third, I only expect artists to show up on skype and give in appropriate time for this project

Wow, this project looks really cool! I especially like the gaining fame idea that you have. Sounds like you guys know what you’re doing and I’d like to help. I’ve been using blender for 2 years now but I only really got into the software about 6 months ago so I still consider myself a beginner. My strongest suit is probably modeling so thats where I’d be the most useful. I can do some building models or what ever you need thats not too crazy or complex. Probably along the lines of the 3rd picture you posted. I do have school during the week so I can’t help then but I’m free on the weekends to work on the project. I can’t promise that I’ll get a lot of work done but if your still interested, shoot me an email at [email protected]. And if your not interested, good luck on your project!

some models pics now in this folder http://imgur.com/a/CxzEY#0 note that this does not include all

Multiplayer test, don’t mind the porpotion and etc, it is only for testing, and assets are randomly placed

some sneak peak update, didn’t include the latest stuff since it is unstable yet 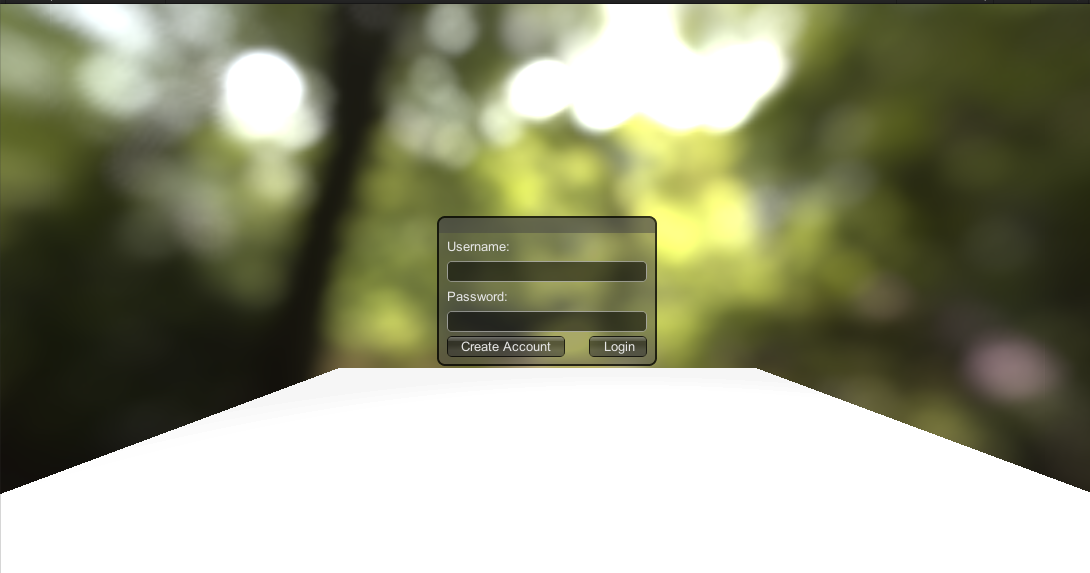 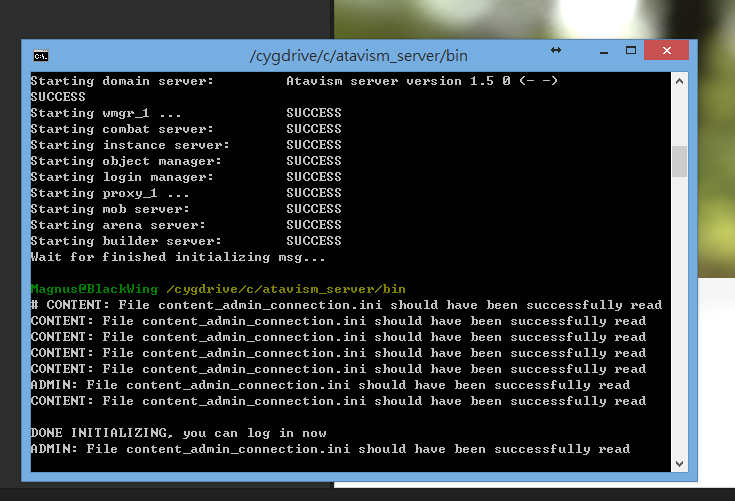 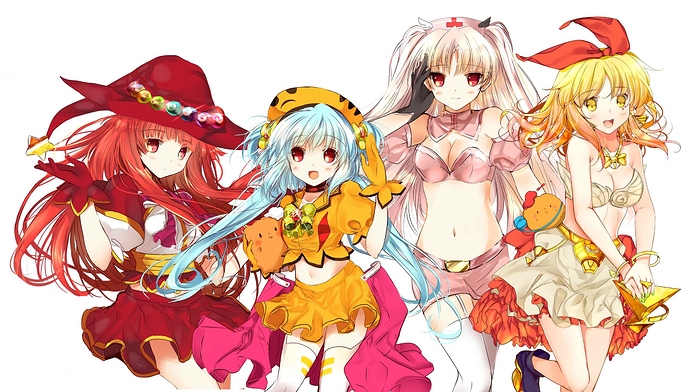 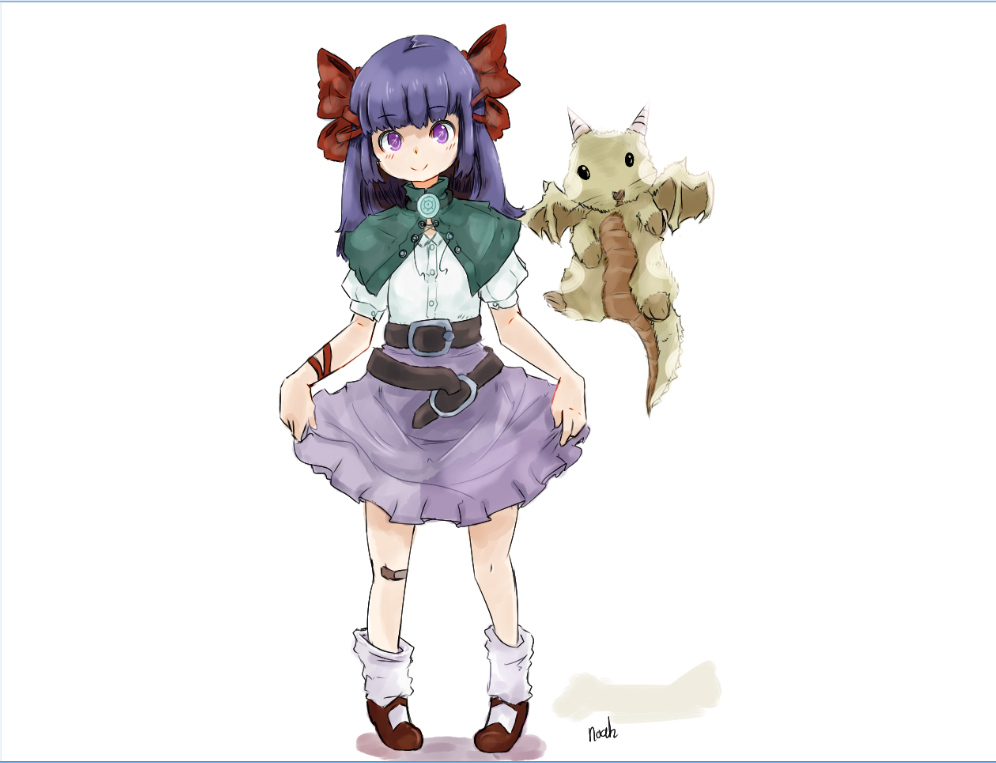 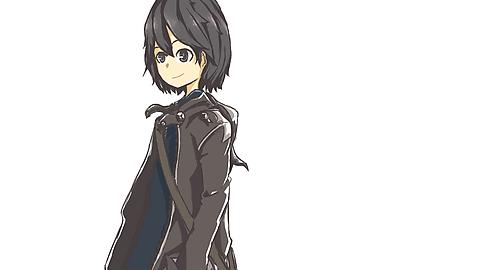 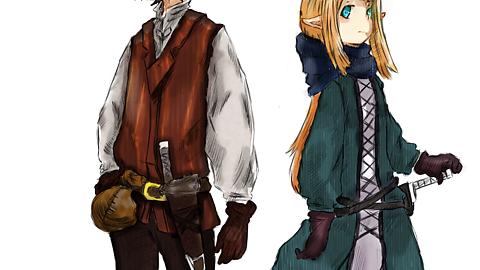 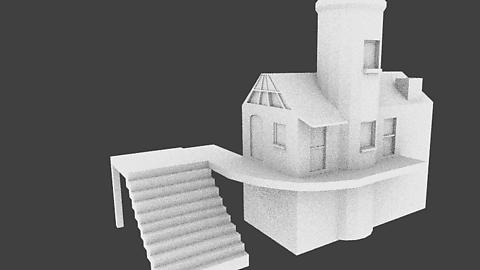 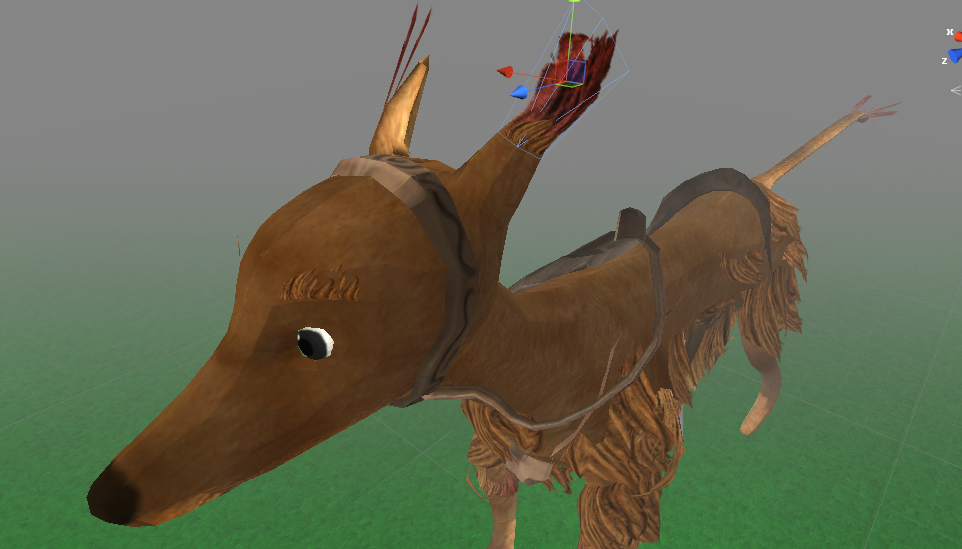 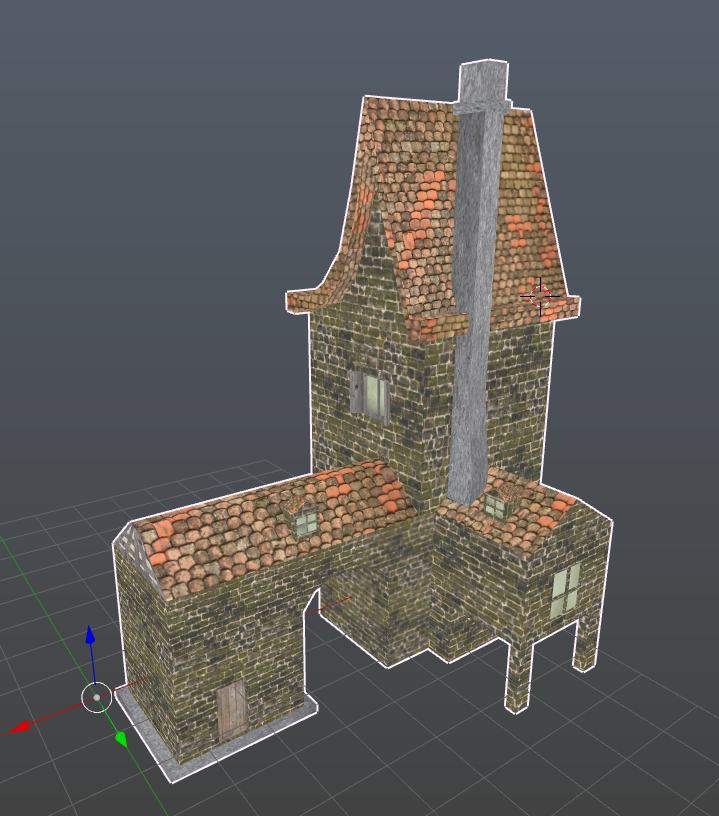 we bought atavism server as our new networking solution

we also have a new story

The Almighty Lord created our world also known as the world of Aerium. The world was built with love and care like that of a mother caring for her son. Yet there was solitude. What was the use of creating such magnificent universe if there was no one to admire it, No one to praise its creator, No one to make use of the Thundering seas, Mighty gales and the blazing sun. So the Lord created all types of creatures out of the clay and nurtured it with life. Yet even the Almighty could not give his creations a soul. The creatures were soul less droids with no objective or emotions. To complete his new world and mark a new beginning he diffused the pieces of his own soul into his creations. The existence of god vanished but he lived inside each creature in Aerium.Which was the source of all things magical in the land. Aerium had diverse races there existed dwarves to the north of the great valley, Elves in the olive woods, Dracons at the duzilhiem peaks, Humans at the burning plains, the Orcs were scattered around in tribes throughout Aerium. Chimeras dominated the raging coast. In the beginning there was peace among all the diverse races, They lived happily away from each other. The time was not far when they races flourished so quickly that they were unable to gather resources which would be enough for them to last. This began the age of conquest and war. Blood was spilled from each race and everyone suffered great loss. To cease the endless fights two factions were formed they were the Radiant and the Phantom

The radiant hated the phantom for their bloodthirsty ways, they couldn’t stand the thought of gaining pleasure or profit by playing with the lives of other races through their twisted ideals and morals. they possessed immense intellect, honour, pride and valour. Emperor Azimuth watches over the radiant with his head held high

The phantom consisted of bloodthirsty and war seeking races. they had their own morals and goals. They don’t care about life instead they can go to any height to attain the power. They possess immense strength and loyalty to the king, King Ragnarok rules over the Phantom.

there lived those who were independent from both the factions. Willing to work for anyone for money, they were the assassins and barbarians looking for money, blood and glory
the player must choose 1 out of the 2 factions given above which will affect the story.

The player will complete several quests while in both factions to rise through the ranks. The guilds can fight between other guilds in the same faction or with guilds of other factions.
The players from the two factions can complete side-quests, farm and adventure together.
PvP will be done in arenas but at times of war events in between the factions there will be PvP in the entire area under war. The radiant and phantom have minor - major wars in between this time

the phantom kills the radiant king Azimuth during a major war between the factions. Among the midst of war the 2 sides learn of Ragnarok’s true motives to sacrifice the Radiant and the Phantom along with all those alive to infuse their soul into himself and become God

the two polar opposite factions would now need to fight with each other to defeat the Chaos king Ragnarok. Ragnarok will control creatures of immense power and various other catastrophes thus in the end the radiant and the phantom players would join together to kill the chaos king.

Radiant main story ending - you battle the king of chaos and get to know his childhood problems etc. you then make him realize his mistakes and offer him to start anew. The chaos lord says thank you to the player but commits suicide.

the world regains peace and the divisions between the Radiant and Phantom would be lessened. According to which faction you were in you get one of the 2 faction exclusive items after killing the chaos king. The division would still be present and there would be peace until there is another war event started by the devs

here is a mob udate 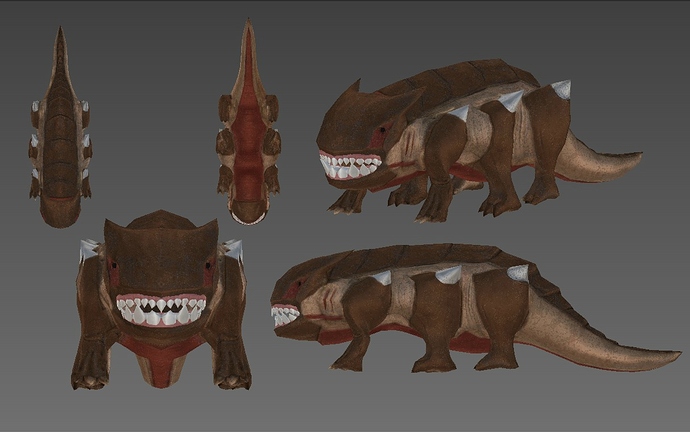 It’s really starting to come together. Keep up the good work!

Seen a few of the models on blendswap. Be sure to tell the artists.

Slow progress…
I’ve seen your update pictures, and it just shows you don’t know what you’re doing (like the model of a bridge, i mean… come on…)
Take Dark matter’s advice from 3 months ago, don’t do a MMORPG.