.
Since I started using Blender about 2 months ago, I followed tons of tutorial from these amazing guys:
https://www.youtube.com/user/FcGrreat 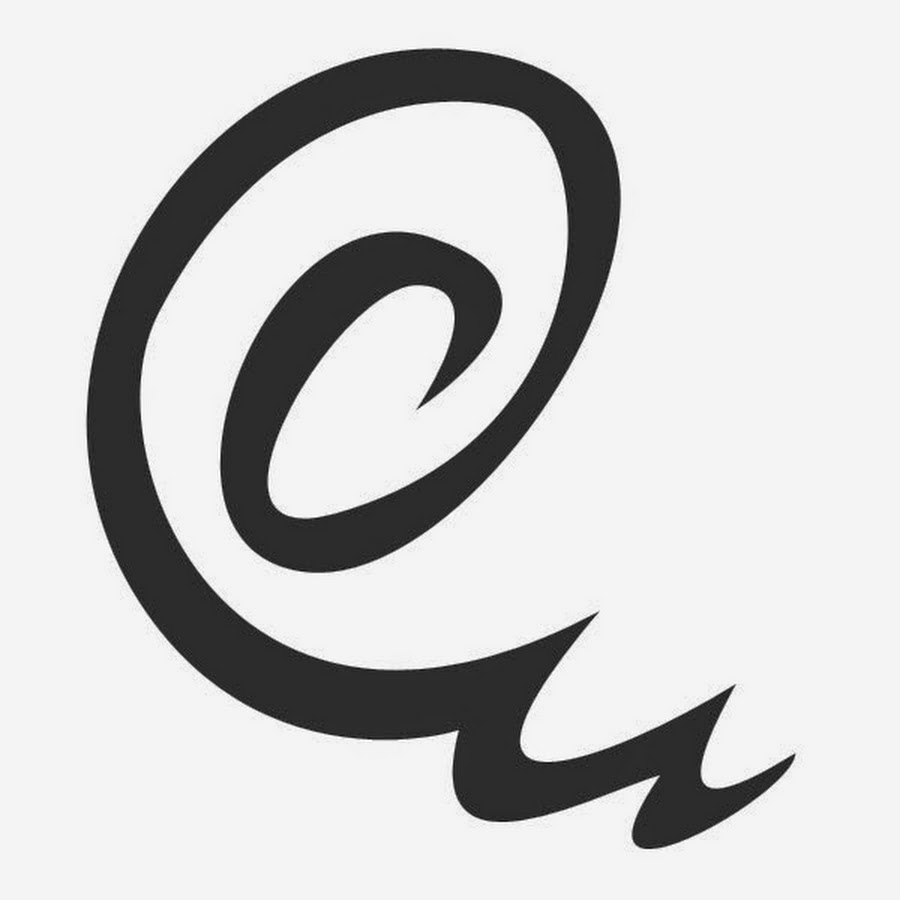 Video tutorials for Blender 3D, as well as some of my hobby creations 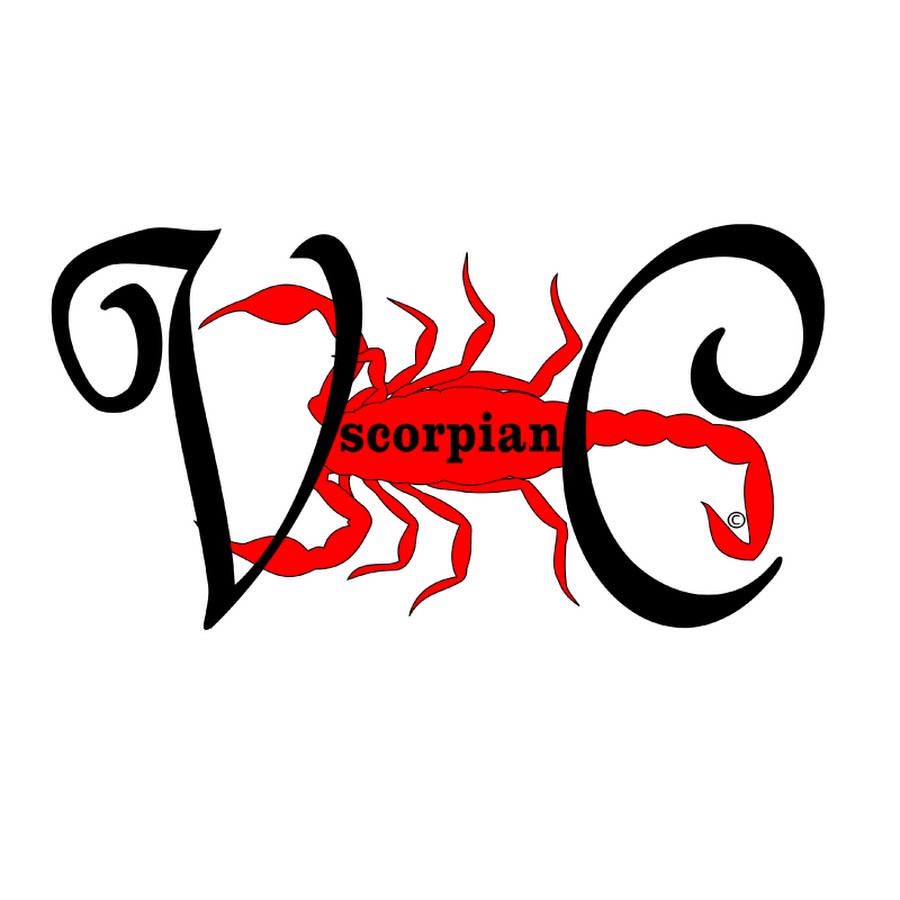 Here there are some pics of the finished mesh , although I think some improvement in shoulder topology will be needed. The model is composed by 23’000 faces (including eyes and polygonal transparent hair). I applied a texture map (derived from projection painting and adjusted with GIMP), a normal tangent map and a bump map (that might need a manual cleaning) on the body and a texture and alpha map on the hair polygon strips.
The name “The third” comes from the fact that, actually, the first attempt was a huddle composed by triangles, squares, pentagons…exagons…watheverons and, involuntarily, some non-Euclidean geometry :D, while the second attempt was built considering a poly-budget of 10’000 and I quit as I realized it was too little :(.
Right now I’m a little bit stucked with rigging, so wish me luck!
Please, feel free to comment, criticize and give me any kind of advice :yes:.

Oh, by the way, I used photograph reference for the whole body so…since that day I didn’t felt like taking pics regarding my penis front and side…my character is dong-less 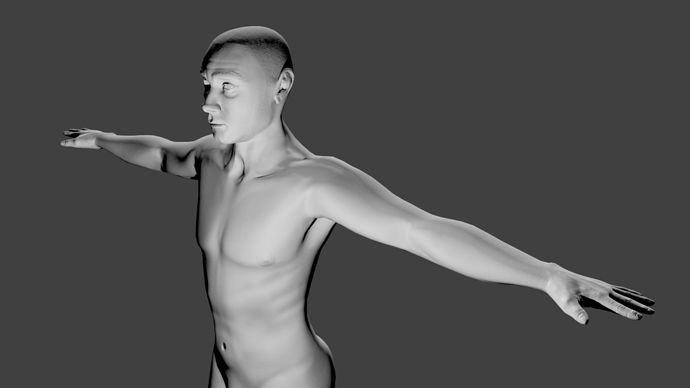 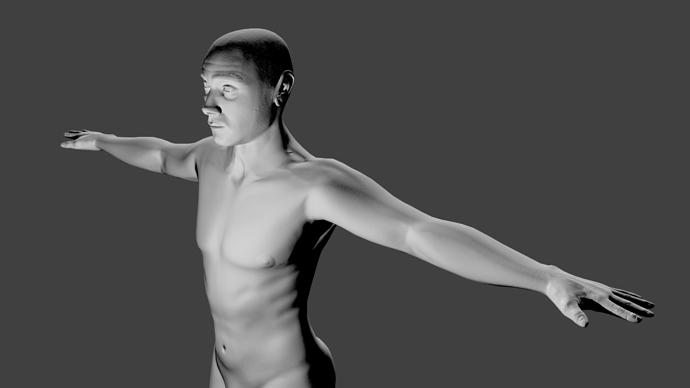 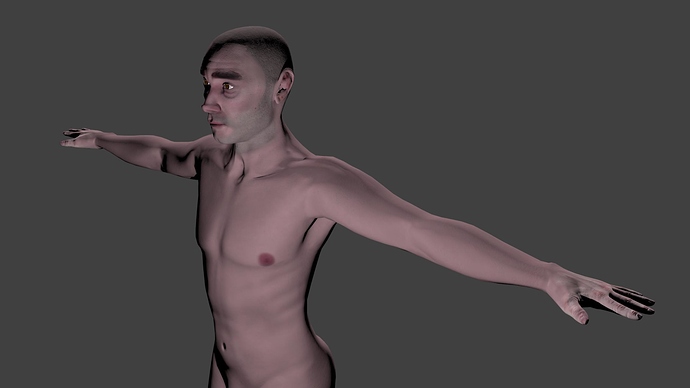 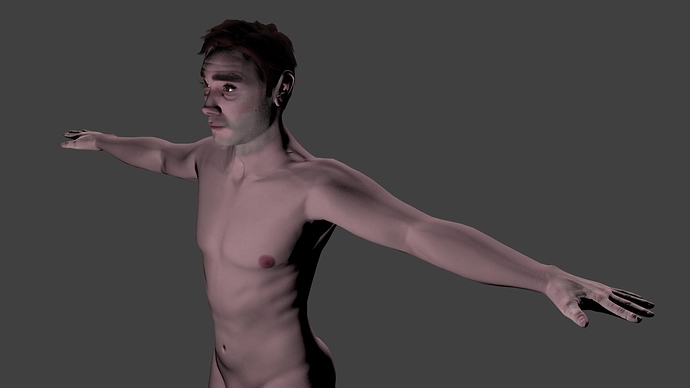 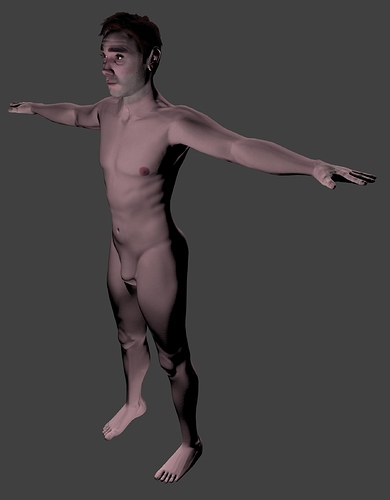 Here is the character rigged with BlenRig 4.01 from Juan Pablo Bouza
Link for the download of the rigging cage: www.blendswap.com 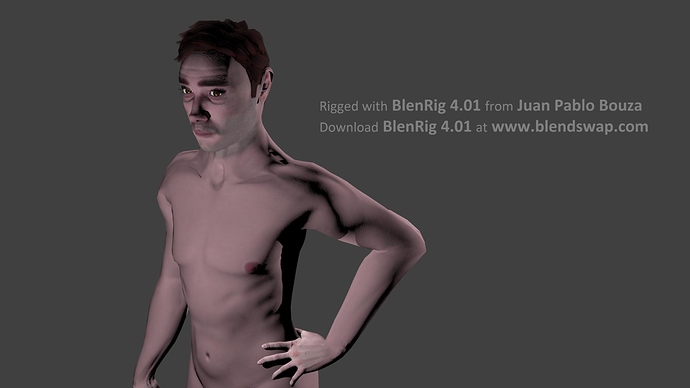