Here are my attempts to achieve a line shading in Blender. I did make use of an osl script I had downloaded from someone’s post here in the forum (I do not remember whose was the post). I found it in chance, during experimentation with various such scripts. I think that the results it gives are quite satisfying.

This kind of shading despite having results that remind Freestyle’s results, it has some quite significant advantages compared with Freestyle: it can be used as a sharp edge masking means for producing thin decay effects in the edges of even very low poly objects, it can produce three dimensional sketching like effects and it can produce, also, nice transparent graphical presentations of hard surface objects. And the very interesting thing is that the objects have an entity in three dimensional space, throwing shadows and having depth… something as being constructed by use of wires.

One other nice characteristic that this script offers is that its effect appears wherever there is an intersection between objects… it is not necessary to have them Boolean-ed (as is the case in Freestyle).

Below I am attaching some renders done with the use of the script (the modelling of the object has been done in Wings 3D). It renders slow (especially whenever there are transparencies) but as you see the results are impressive indeed.

It would be very nice to have a fast rendering shader of this kind in Blender’s trunk. I have mentioned it several times in the forum. I did not see any expression of interest to this moment. Anyway, I did my part… so it is ok from my side… : - ) 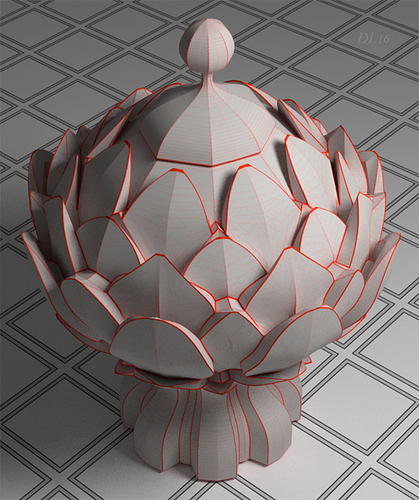 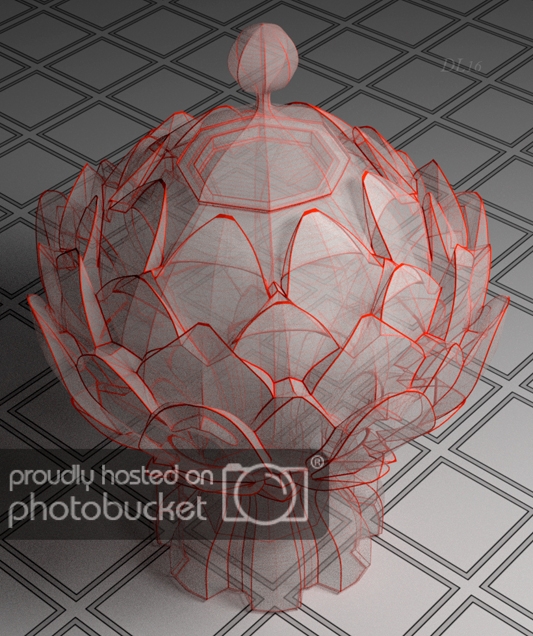 Here are some other shape and shading variations of the same object. Experimenting with Cycles’ shading nodes is a joy, really. The pointiness feature, especially, makes a great job.