Filling In A Perimeter Face Without Filling The Interior

This is a problem that’s plagued me many times. You see, I like working with planes. No, no, not the kind that fly in the air. The flat kind that have exactly two dimensions. Despite my apparent affinity towards planes, they seem to be indifferent back towards me and don’t actively try and help me. One of these problems involves having a plane that’s basically a perimeter mesh, where it’s a big frame with nothing in the center. Because I’m still in the “learning a workflow” phase of Blender it’s a serious annoyance to me that when I press “F” to fill in a perimeter mesh that it also fills in the center that creates two separate faces, neither of which are the faces I’m after. I just the center in the square part of this to be empty without having to create edges to break it up into two separate pieces. Now, I’ve heard rumours of a legendary plugin tool that does this four you, but that just seems like cheating to me. If I can create and rig an entire character using what’s already in Blender I should be able to fill in a face for a perimeter mesh without a specialized hammer. In the attached picture, the empty boxy loop on the right is the little loop I’m trying to fill in without creating a face in the center. 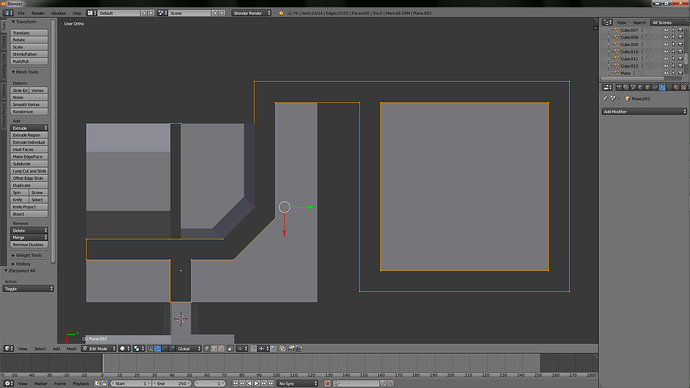 Shortcut F is not the Fill tool, it is the make face tool. Fill is Alt+F. You can then use Limited Dissolve (X) to reduce number of triangles if they makes it closer to your desire

i suggest you have it as a separate plane. that is probably the single one biggest misstake i did when i started out, trying to have everything connected.

alternative is to use a proper topology as such 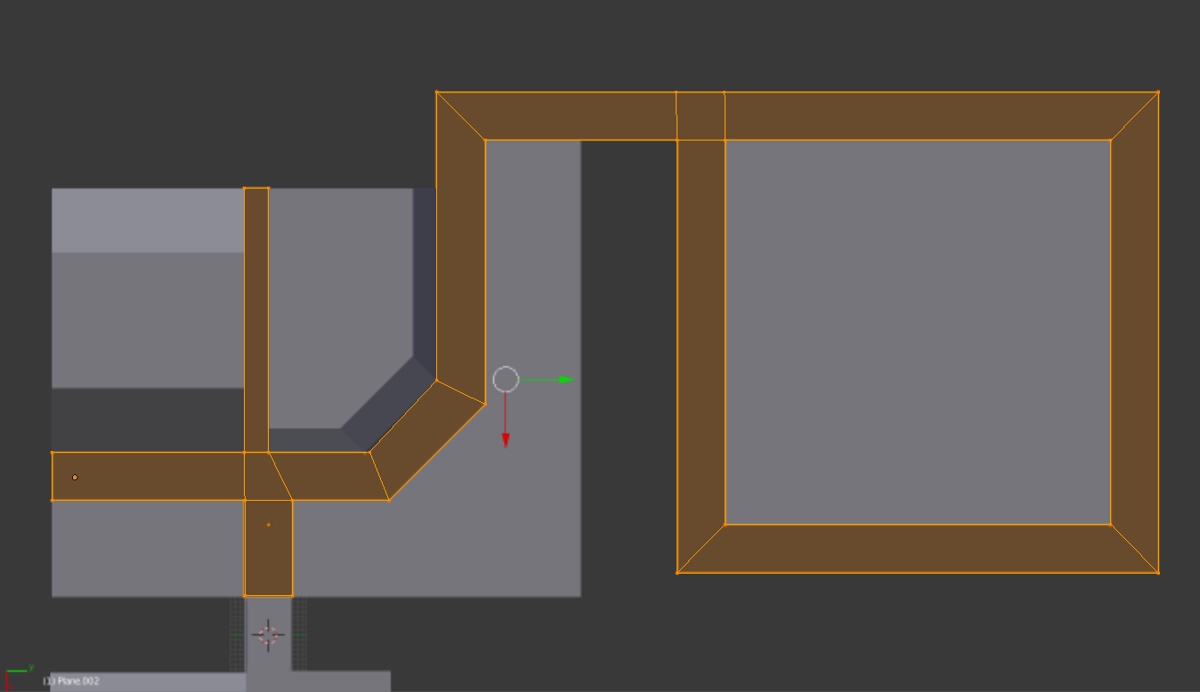 also, plugins and addons is not cheating, they are very very usefull tools. thats also a misstake i did when i started out. use what you can!

You have one heck of an ngon there. That will frustrate Blender’s calculations. Breaking it up into quads will help out a lot. You think that planes are being indifferent to your love for them, but you are just being selfish and ignoring their needs! :rolleyes: