Here is the final render for my haunted house project. I have the normal version and a version with people with low quality screens. I have no idea if it looks good on this second version becuase all i did was double the intensity of the lighting, it looks crappy on my computer. It’s mainly to show the people who can’t see my scene that well, what i have on it … so yeah i now it’s not halloween but i decided to give it a little bit of a halloween spirit. 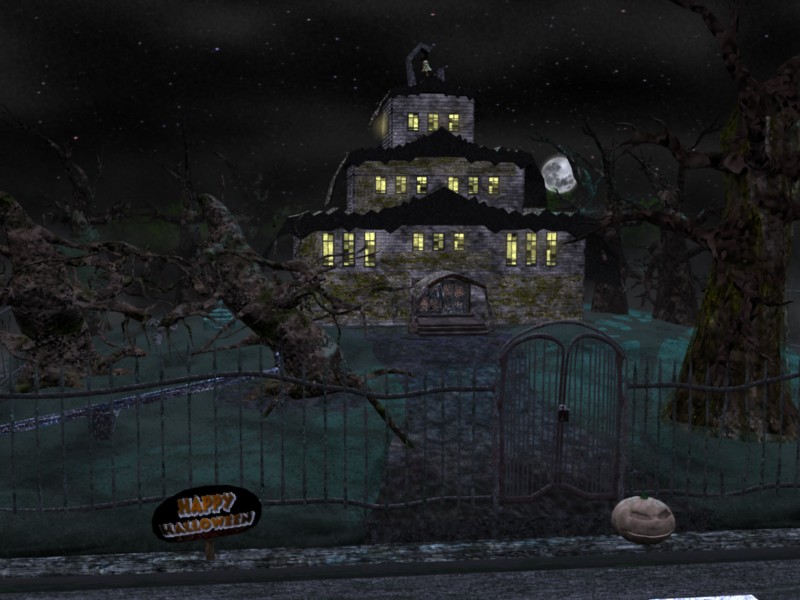 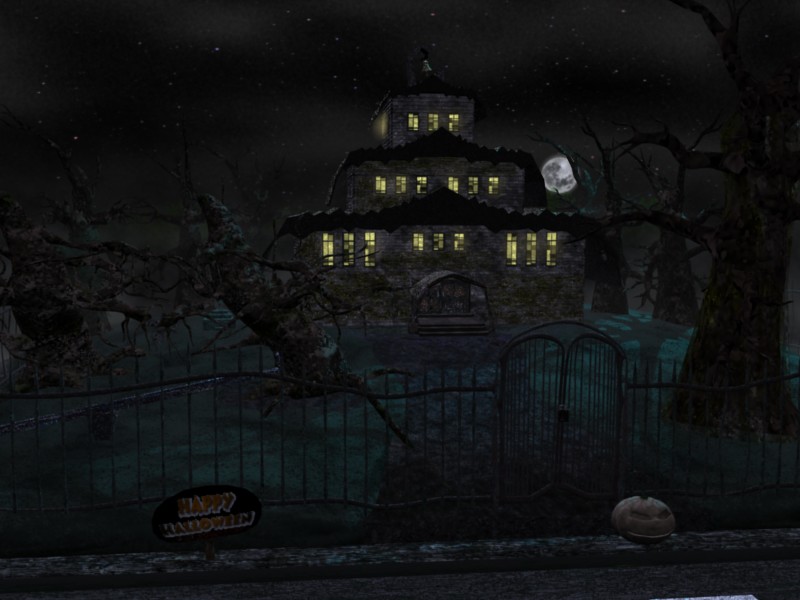 A couple of crits though:

BoOooOoo now run before i get you!

I think TobiasDN is right on the 3 point think of.
to me it works, something like on small prints frame will do fine.

I think that the left-side render is better because I think the right-side one is underexposed.

An image needs to be in a “fairly mid-range” set of tones (as Ansel Adams explained in his “Zone System”). This enables all of the details to be perceptible at once. (Your eye can see across about 21 f-stops, and it does so because it scans the image… you construct what you “see” in your brain.) Anytime that you look upon an image that has either “opaque blacks” or “blown-out whites,” your eye is not able to discern details there and therefore the image immediately “feels very wrong.” It feels flat.

So, what you do instead is to pay close attention to contrast. When there is a dark area that is “noticeably darker” than its surround, it appears “darker than the Photoshop histogram-tool tells you it really is.” And vice-versa. Yes, it is an optical illusion, and a very important one.