Fletcher class destroyers were designed in 1939. They were heavily used during World War II. US Navy commissioned 175 ships of this class which makes it the most produced class of destroyers. She had 5 5inch guns in single mounts and 2 quintuple centerline mounted torpedo launchers. She also boasted a fairly good Anti-Aircraft armament.
They have remained in service in the world untill 2001.

I was working on it on and off for around a month.
For reference I used wikipedia images and ship general plans downloaded from the San Francisco National Maritime Park Association.
The ship plans are publically available and can be found here:
http://maritime.org/doc/plans/ 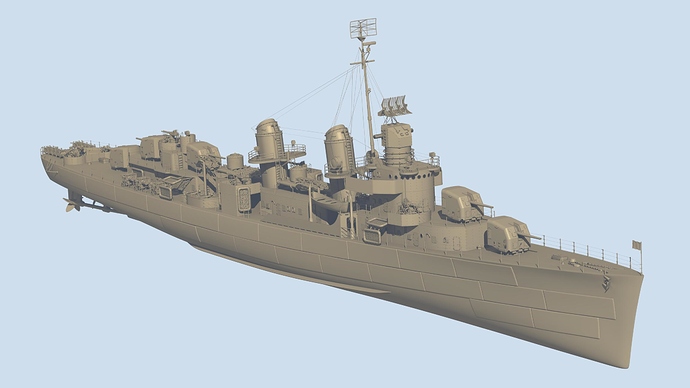 Great work. I love modeling history. Will you be texturing it?