Water Simulations test with Flip Fluids addon. There´s few errors in the end with the speed attribute on the shader cause the speed of the ship was too high for the simulation to handle ( for reasons I dont know). Smoke burst was made with embergen and masked with the render passes later. Also rendered additional rounds of whitewater foam / spray to get them more visible after combining the infinite ocean (ocean modifier) and the fluid simulation.
Not completely happy with the end result and the rising part but given that I made only 2 iterations for the sim it turned out ok and was good practice as I havent done water simulations in ages.
Ship credits to Arrimus3D. 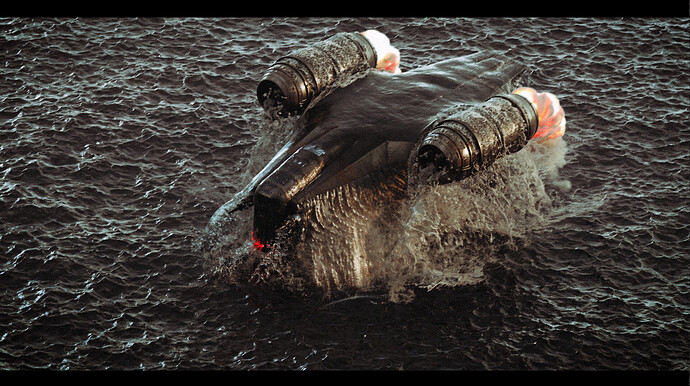 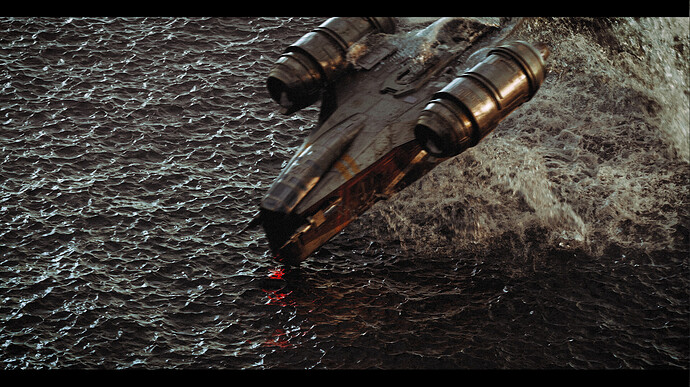 some of the render passes:

Not too happy with this part of the scene and should´ve added some large bubbles rising on surface before the rise. 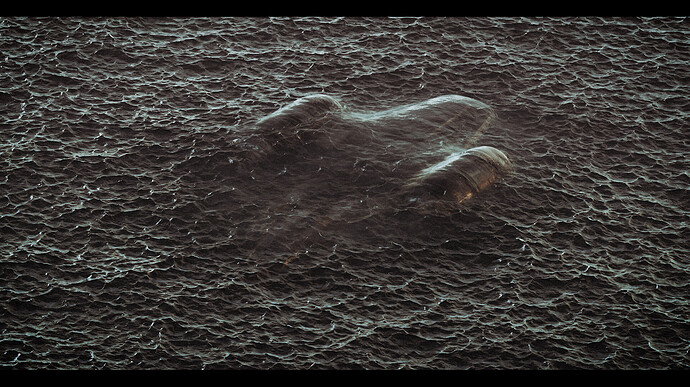 The Ocean and the Fluidsim was combined together with gradient texture although it might´ve been better idea to combine in post but I wanted to test if it was possible to make it as final as possible in one render. But this is why I also rendered additional pass for whitewater particles cause it was partly hidden by the gradient fade. 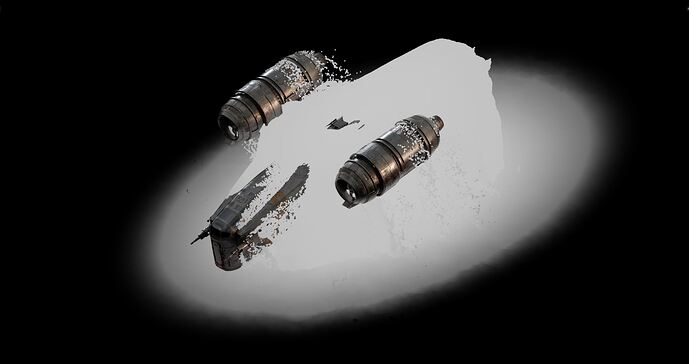 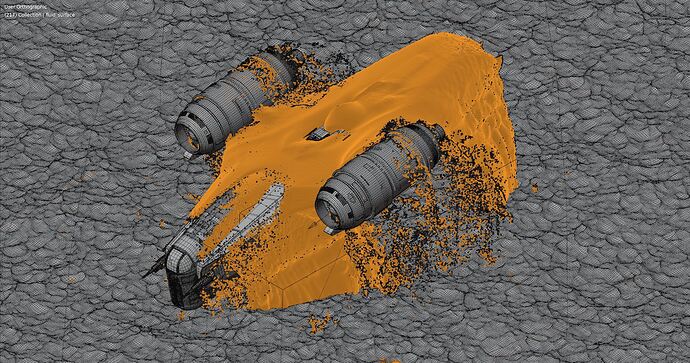 For additional realism I used the Flip_Speed attribute in shader to mix between the roughness and transparency of the water where it moves fastest. This way you get some nice transition between the water and whitewater particles.

In the end it turned out good enough for now. Things to learn:

Can you give me the name of the company that built this motor ?

I think the ocean is bad, it not seems waves but just noise. The simulation part is quite good and believable. I also like the shading and the look.

Holy cow! I need to get back to some sims!

Yeah it´s a bit rough. And the scale is a bit off. Better luck next time. 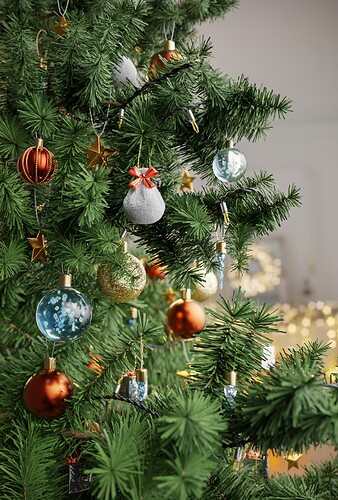 I’m not sure what you’re disappointed with. Blender is extremely limited in it’s ability to create large scale water simulations. You did a fantastic job! I’ve looked around for a long time for something of this nature.