I recently downloaded the 2.8 beta and started experimenting on it. I downloaded a rig from BlendSwap and I was trying to animate a walk cycle, but I faced a problem: basically, when I flip a pose, blender also changes the previous keyframe: 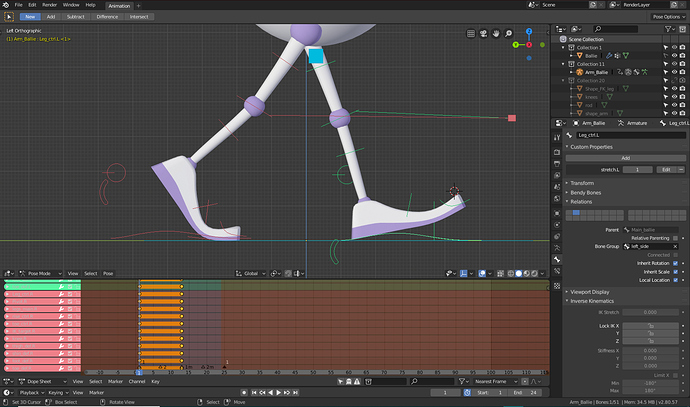 I started on frame 1 and moved the legs apart, then presses “I” and inserted the keyframe (I have auto-keyframing off). I then copied the pose with Crtl-c, moved the cursor to frame 13, and pasted the flipped pose with Ctrl-shift-v. I checked the bones had actually moved, whiche they did, then I inserted another keyframe. When I play the animation however, nothing happens, because the bones switched positions even on frame 1. Can someone explain? Am I doing something wrong or is it na 2.8 problem?

Ok, I figured out what is the problem, but idk how to fix it:

When I press “I” it inserts keyframes just for the scale, and not for rotation or location. I don’t know why it doeas that and i have no idea how to change it. I checked user preferences but I couldn’t find anything…

Fixed, found the problem in the keymap settings. The “always show menu” option wasn’t checked in the file i downloaded