Floating Shard and Distortion and chromabs in eevee

So I recently made a simple animation o and posted it on reddit . A few people asked for my node setup so I decided to post it here. 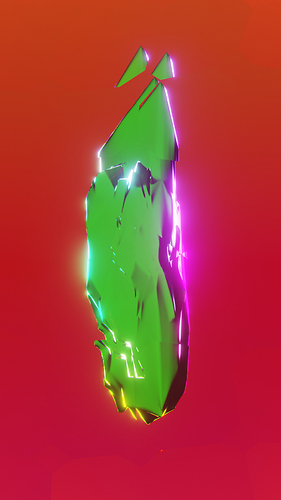 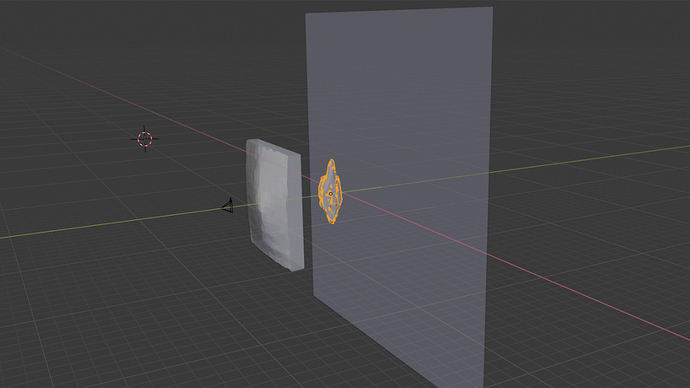 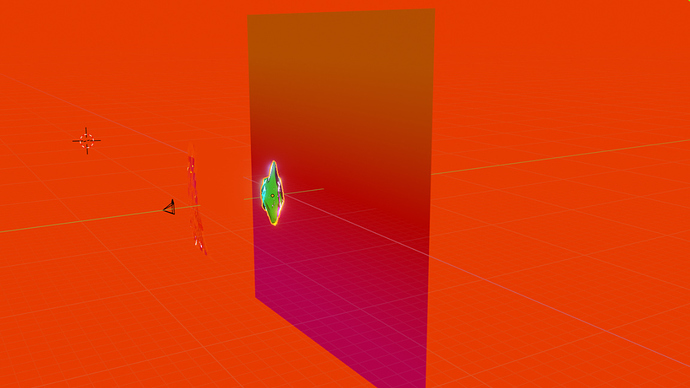 There is no actual light in the scene, it is all done with some emission shader and value bumping trickery with setting color values above 1. 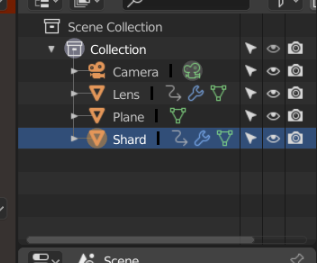 The shader for the actual shard is a bit complex : 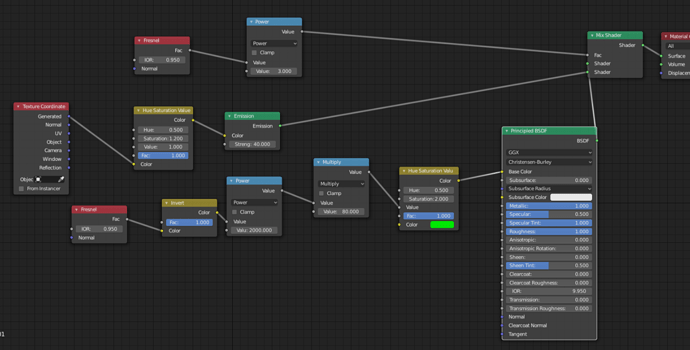 As you can see it’s just a mix of emission and principled shaders. The mix factor is determined by a fresnel node, so the emission shader only takes effects on the edges of the object, the math node is used to fine tune the distribution, but any other option can be used such as a color ramp node , curve or levels.

The emission shader part may look a bit confusing , however the Texture coordinate node is only used to give some color based on the geometry of the object. You could just as well use any other method or just put a colorramp node in here between the TC node and the emission shader if you wish.

For the principled shader, I used these settings because they gave the aesthetics that pleased me the most. The most defining part here is the actual base color. The fresnel node in this case is used to give a reverse effect from the one used in the mix shader, I wanted more intensity coming from the center of the shard and some parts with no colors at all. The math nodes I used here are actually quite important. You could get away with dispensing the power node and using any alternative to fine tune the distritbution, however the multiply is essential as we are setting the value of the color above 1. By doing this we achieve a surreal and unnatural glow effect in the principled shader it self. Here I increased the value by quite a lot so you can see the actual effect it has 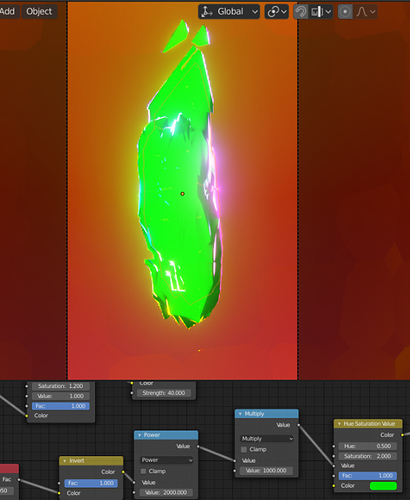 The shard it self was just an stretched icosphere with a subdivision modifier and displacement modifier and then a decimate modifier applied.

The idea here is quite simple : 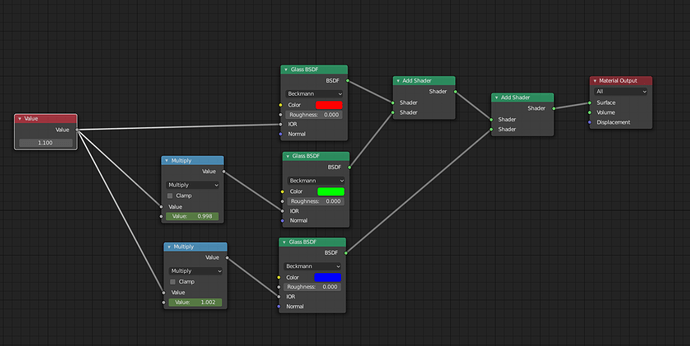 We add 3 glass shaders, each one with pure red, green and blue colors. Then we use math nodes to change the IOR of each node. This can be done in any way, the main thing is that each glass node has a different IOR, which is what will give us the chromatic aberration effect.

The lens can have any shape you wish, in this particular case mine was a stretched cube, with a subdivided face using some fractal do give a irregular shape to it, on which I puled outward using proportional editing and then applied some beveling to the vertices only. 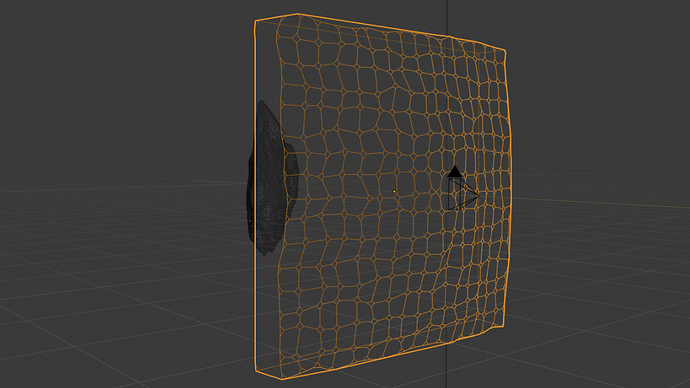 The animation was quite simple I just made the shard rotate along the z axis while moving the lens back and forward away from the camera.

I hope this helps people get inspired and if you have any feedback or question feel free to share it here on in the reddit thread.