So im trying to get the water to pass through a gap where the door is just partially open. Blender then thinks that there is another obstacle when there is none. Anyone have any idea whats going on? Picture says it all… 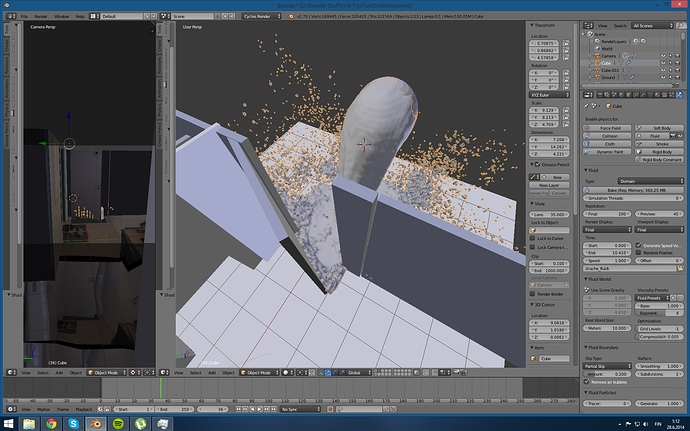 sure the “gap” is not just a hidden face in that obstacle object (wall/door)?

post a .blend file - otherwise it is just guessing.

Looks similar to a problem I recently had: I’m trying to “pump” a fluid through a slab with holes in it from below (also see my very first post on this forum). At one point it was more or less working (i.e. the fluid was coming through to the surface, just not continuiously), then I must have changed something and since then the fluid no longer reaches the surface of the slab, just like the holes still had a face on them (which they couldn’t have because then it would never have worked before). I had to abandon that project because I don’t have time for it ATM but I’ll have another look next weekend. If I figure it out what’s causing this and it looks like it could be the same problem I’ll post back here as well.