The GLSL filter is paired with a script that updates the uniforms, as the filter requires the camera position and orientation to properly render the fog in the world space.
While it may look as only a height fog, it is called halfspace because the fogged space can actually have any orientation: 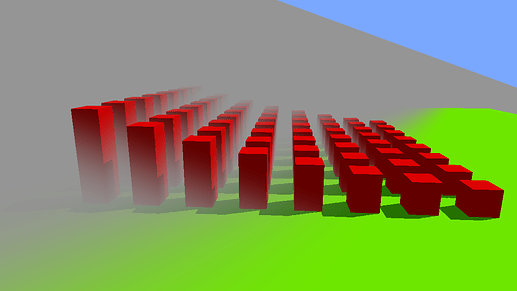 The position and orientation is given by the empty containing the filter, as it would be expected.

The option ‘UseMistColor’ allows using scene.world.mistColor as color source for the fog, this is convenient for changing the color in-game, rather than changing each RGB game property manually. By default, the mist color is the same as the background/horizon. This option doesn’t work in UPBGE 0.3.

Looks great! Do you think this would be useful for fading out objects at the edge of a scene, or are the built-in Mist settings more performance-friendly?

A deferred fog could potentially have better performance, but I think you should try and see.

WOW… this is really cool.
I guess though there’s no start or fade in this type? Meaning I can’t set how far from the camera the fog starts at.
A kind of best of both worlds scenario, that what the UPBGE_0.3_glsl_mist does, but with height control like this one.
M

I don’t know if it’s possible that kind of setting with this fog. Maybe try enabling Squared and set the density really low, like 0.1. I’m personally not very fond of a fog that starts at a certain distance from the camera, it makes me feel I can’t never reach the fogged area.

Just getting some time to play with this… I think the fog density value works great for the distance from camera thing. This looks so good… can’t wait to drop it into my project. Looking forward to sharing it with y’al.

I think I’ll just use this thread to dump some fog related filters I’ve been sitting on.

A fog filter in the shape of a cube or a sphere, using tracing methods from this WEBGL Path Tracing demo (github).

The sphere option also support irregular scaling. The SoftEdge property controls the softness of the edges of the sphere, not the cube. 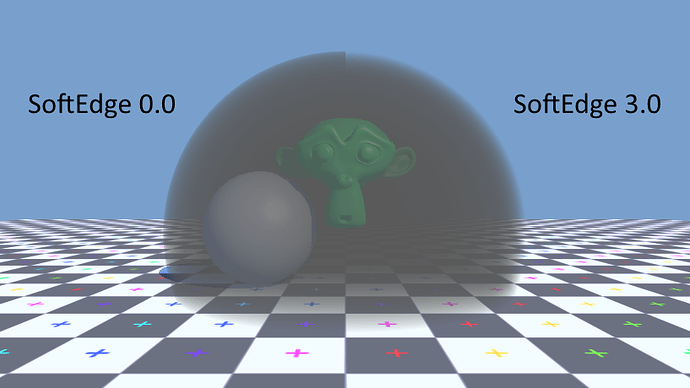 The color can be controlled with the color of the object, initialized with the properties ColorR, ColorG and ColorB; or with the mist color enabling UseMistColor.

Thank you for these! Looks much smoother than using Volume Scatter (which always flicker, at least on my PC)
Do I understand it correctly that this is a kind of elegant workaround for the Fragment- and Vertex-shaders like they used to work in previous BGE?

It’s likely that Eevee uses raymarching or a similar method for volumetrics, this filter is not volumetric, but it’s called fog volume because the fog is limited to the volume of a shape. This is how it works: the tracing functions traces the shape with a ray from the camera and return the entrance and exit intersection points. The distance between the exit point, or the geometry if it’s closer, and the entrance it is used to calculate the fog; if the distance to the geometry is less than the entrance point, which is always greater if the ray doesn’t intersects the shape, there is no fog.


A volumetric fog (sun lamps shadows only) with the traditional ray marching technique.

These are the game properties you should pay attention to:

For performance reasons samples, Mie Scattering, Full fog and Debug fog are “hard coded” in the shader when it’s first created and won’t directly affect the fog if they are changed in game. To apply the changes you need to execute the script again, resetting the Always sensor will do.

It supports simple and VSM shadow types. The resolution of the shadow buffer affects the performance.

About UPBGE compatibility
In order to get the shadow buffer working in the shader, it’s necessary to bind it with the openGL wrapper module (bgl). In UPBGE 0.2, the filter works in the embedded player, but in the standalone player, glActiveTexture, essential for the buffer binding, raises a TypeError: 'NoneType' object is not callable, meaning the filter won’t work. Maybe it’s just me, but I get this on Windows and Linux. Overall, I found the bgl module to be less reliable on UPBGE, that’s why I do practically everything in BGE.
Check the next post for a UPBGE 0.2 compatible blend.
In UPBGE 0.3, you can’t get the shadow bind id through the sun lamp, shadowBindId was probably removed with the game engine and since sun lamps use cascaded shadow maps, there’s more than one shadow buffer per lamp.

So I remembered that UPBGE had a filter manager, which allows binding textures with the bind ID without using the OpenGL wrapper, thus making the filter fully supported in the standalone player. Check the previous post for all the info about the filter.

Very cool and amazing knowledge you have there. 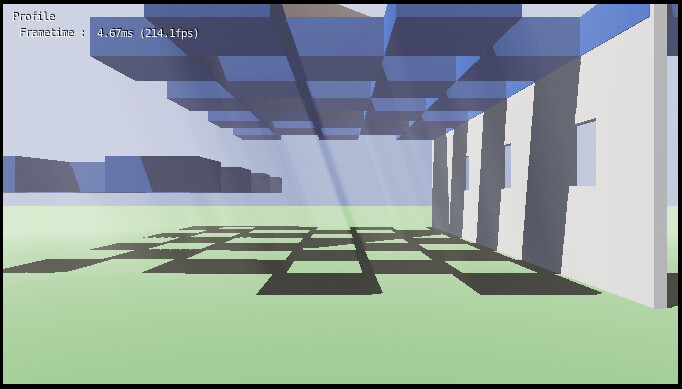 When switched to spotlight 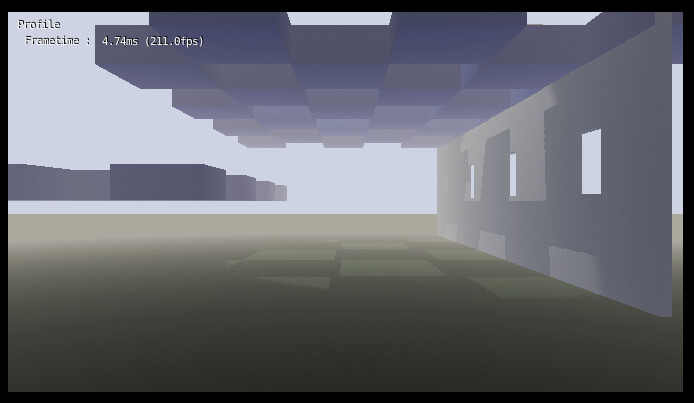 Do you think anything similar can be done for ambient lighting ?

When switched to spotlight

As stated, it’s only for sun lamps. Spotlights use a different type of shadow matrix: sun lamps use an orthographic projection, while spots use a perspective projection. But even if the matrix is changed to the right type: 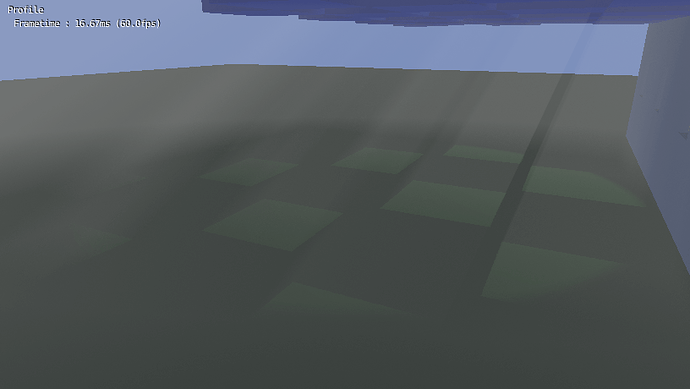 You can see that the cone of the spot is missing. That should be calculated too.

By ‘ambient lighting’ you mean for all lamps? I tried and it’s a mess. Additionally, raymarched volumetrics are not cheap, that’s why Eevee uses lower resolution tiles to compute it.

By ‘ambient lighting’ you mean for all lamps?

conventionally in BGE, they talk about “environment lighting” for that global base lighting and there’s yet, no such thing as ambient lighting which is just indirect lighting (light bouncing on objects). (Maybe i’m wrong ) I ask because i see that you can do more complex things that simply applying an artistic 2d effect on the rendered picture … which were for me, what they were only able to do .

I will be happy the day one can upbge, range… reach performance/quality of a game like the Stanley Parable ( many lamps and vertex in a scene) 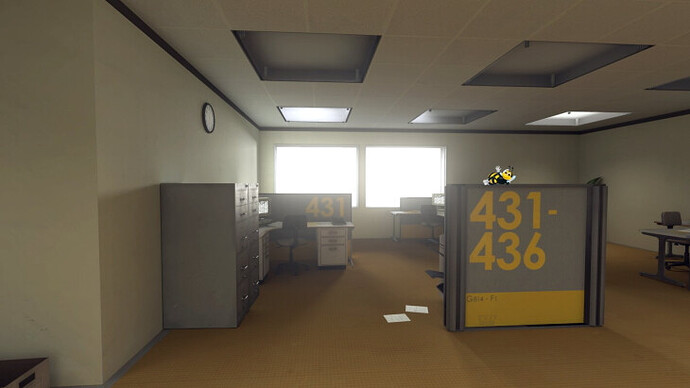 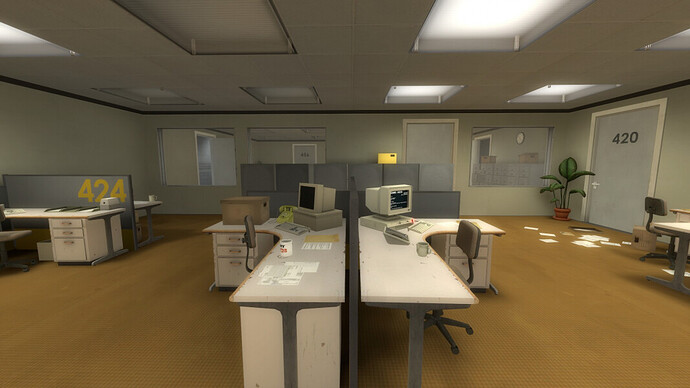 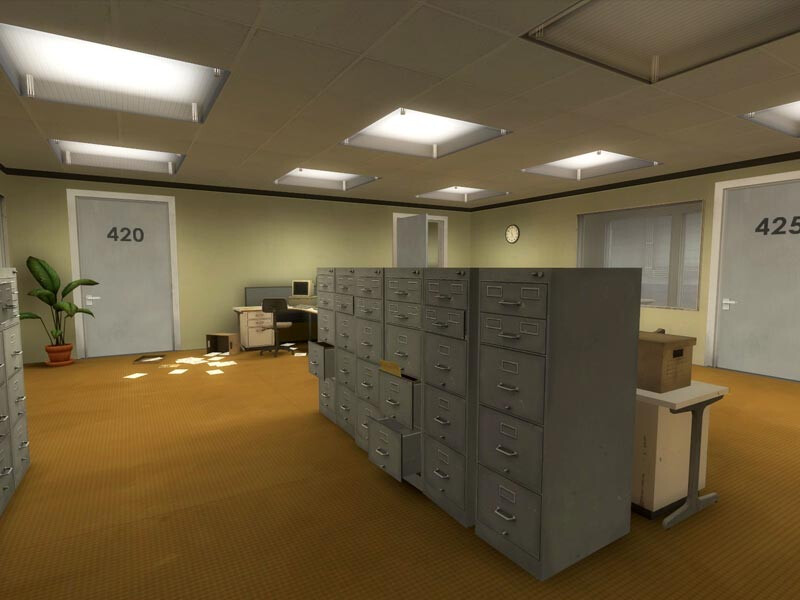 A while back I tried implementing the Reflective Shadow Map technique for indirect lighting. I sort of got it working but it was really slow, unlike Ambient Occlusion where you sample with a rather small radius to get occlusion in corners or near objects, with indirect light you want it to travel a little bit further, that means a bigger radius that results in worse performance and more samples to get rid of the noise, and it’s only for one light source. It was rather a disappointment, or maybe it was my basic implementation’s fault.
Later I checked the indirect lighting with Radiance Hints, which is used in Tesseract, it is based on the reflective shadow maps method, but requires rendering 3D textures, and while it’s technically not impossible to do that in BGE, I don’t know if Python and 2D filters is the best way to implement it.

what about joining Range team ? i think you have proven many times you have big science to share.

Beside that, do you know if materials can play a role in your 2d filters ?

What about python shaders … i don’t know what they are really about.

Crashes on my M1 iMac with this error printed to the console:

It appears to be a macOs related issue. While texture2D has been deprecated, its usage is usually met with a deprecation warning, not a full-blown error.
Anyway, try replacing texture2D with texture in the shaders. 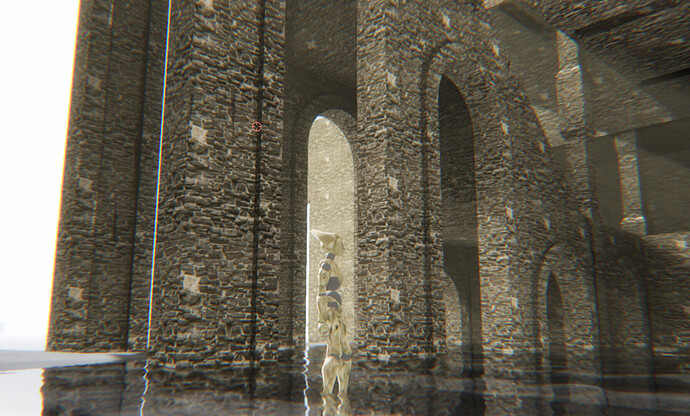 Do you think you can merge your one with the lightscattering 2d filter ? Yours goes with the sun direction which is more realistic and do not give awkward results (unlike the light scattering that is camera projection and so moves with the camera … which is cool in some lesser extend but will look stupid if your characters doesn’t move but your camera do) …

but do you think you can use somehow the sky dome normals to make , with your shader, the same job than the light scattering ? 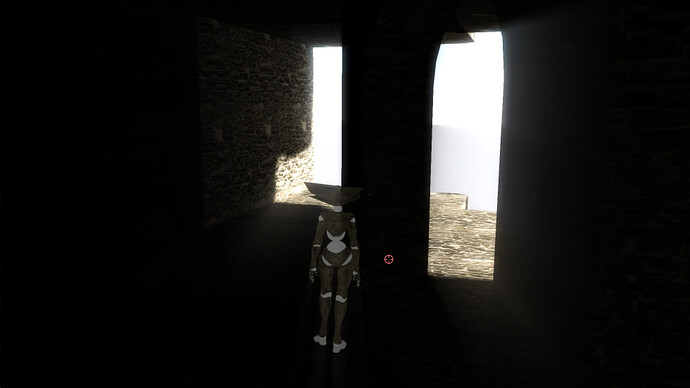 Above Light scattering filter (the sun is not facing the character), looks cool, but the rays move with the camera since it’s a projection

Is this the filtering you are referring to?

Just Been Playing around with the code for the light scattering filter and have managed to achieve this. I thought I’d share. Tested with nVidia card, and have confirmation of working on ATI. Tested with Blender 2.65a. [image] GodRays.blend (852 KB) CTBM