Ok, I got lost while doing the project so i decided to start it again. (If any admin could delete the other thread would be nice since i won’t update it anymore)

This time i’m monitoring the time i spent working too see if im really working or if im wasting time.
I’ll spend 5 days on every scene before moving to the next one.

I’ll try to make daily updates if i make some progress.

Pretty much the same scenarios but this time i’ll try to make them better.

1st scene: Grassfield with the ball. 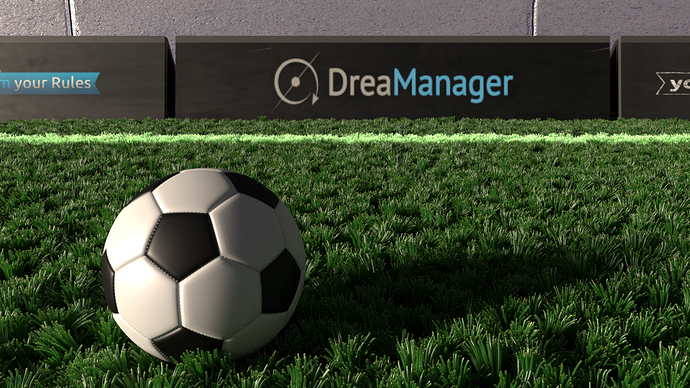 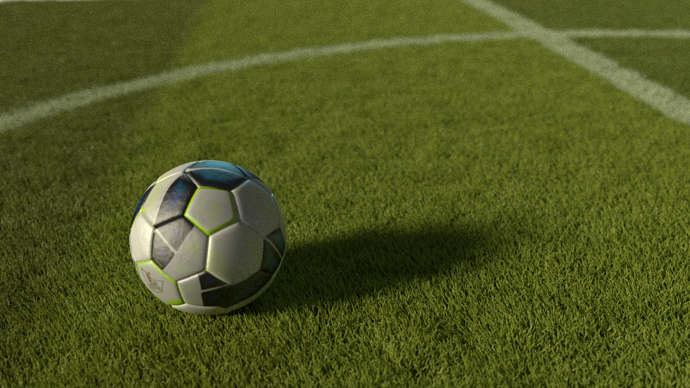 I think it looks way better than the previous one but i would like to add more details.
I would love to get some feedback here since i want to do a good job. (No one posted on the other thread :no:) 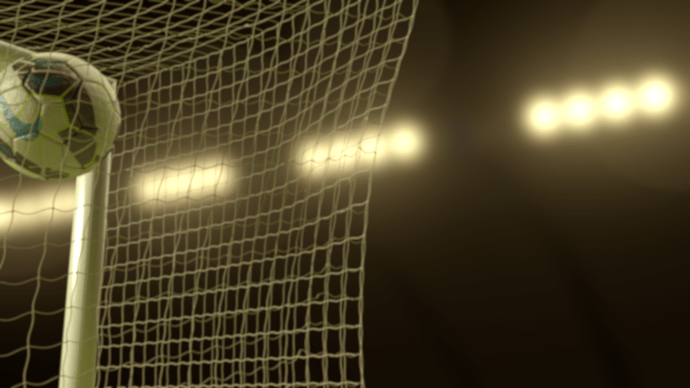 The new scene is realistic, love the shininess of the ball and the density of the grass. Maybe you could try out the 4 shadow type lighting like on the realy big pitch. Dont know what else could be an improvement. Looks good , I was never good at creating nice grass and realistic materials like the ball has.

I tried to do the 4 shadows effect that u suggested but the scene lost all of the shadow (grass has no shadows at all and the shadows from the ball are almost unperceptible due to the other 3 lights). 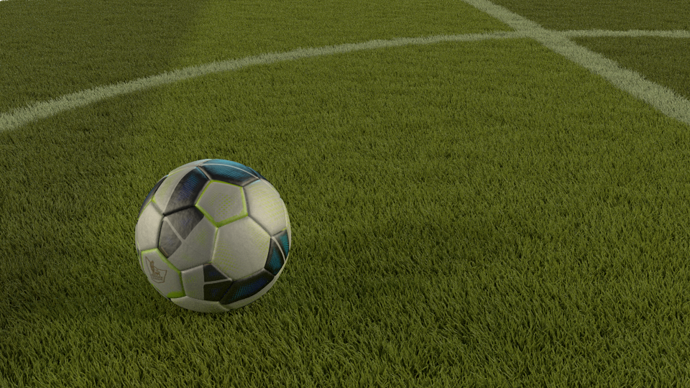 I think it’s less realistic on this way, but I’ll keep working on that since i think it’s a good idea.

Anyways, i started to animate the scene.

I have no idea about how to simulate physics on Blender. I tried to use the collision panel and the particle system but i don’t understand how this work at all.

I decided to made it manually.

I tested the ball movement over a simple plane since a complete render with the grass would consume a lot of time.

You could try Rigid body while trying to simulate real physics. At least from my experience, if you set something to be rigid body - passive and something else rigid body active - change few things about the numbers about bounciness, you can get some cool looking effects, but I was not working with this over any longer time period so maybe just a tip.

It seems you lost some of the realism on the third render due to less shadows. They really do help to pull out the details. Over all you composition looks good, the position of the ball and the angle of your camera. I really like the second render as thats what drew me here. Ok enough said. Keep up the good work.

Right now i have no idea about how to work with rigid bodies. I’ve been making some tests but got nothing from them.

The second render is the one im ussing right now. The third one was just to show that i coulnt figure out how to implement the 4 lights since all of the shadows dissapeared.

I didn’t post anything the days before because i was stuck with the next image and i was looking for ways to speed up the animation render.

I tried to render the complete animation of the ball but it was taking so long (250 frames at 100 samples = @20 hours). I’ll try to render it whenever i can or once everything its finished.

That said, i decided to move to the second scene.

This one is consuming me a lot of time. 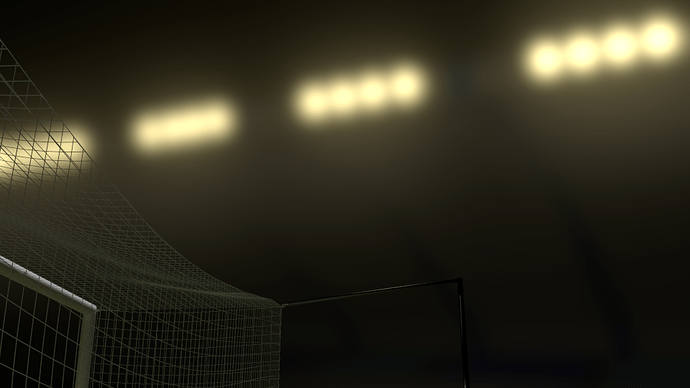 I remade the net A LOT of times trying different ways to build it.

The most ‘realistic’ one had @1.300.00 vertex. When I was going to animate the net (Cloth simulation) or move it manually with the proportional editing my computer crashed almost everytime. So it was imposible to work with that.

That’s why the net in the image is that simple.

I want to be sure that everything else is fine and then I’ll update the net (only the visible parts).

After rendering it noticed that the grass needs some movement. I’ll try to add a wind force and see what happens.

Anyways here is the animation:

Right now im making some renders to test the movement of the camera and the ball.

What do you think guys? Looks better?

This is great! Very realistic to me, good job.