RenderNode is a node basic workflow for render in blender.
You can use it to dynamic generate path for different setting of rendering.
It is still in developing, but can be use for work right now 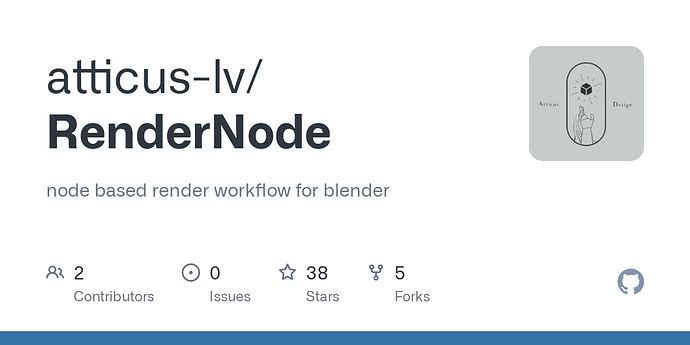 node based render workflow for blender. Contribute to atticus-lv/RenderNode development by creating an account on GitHub. 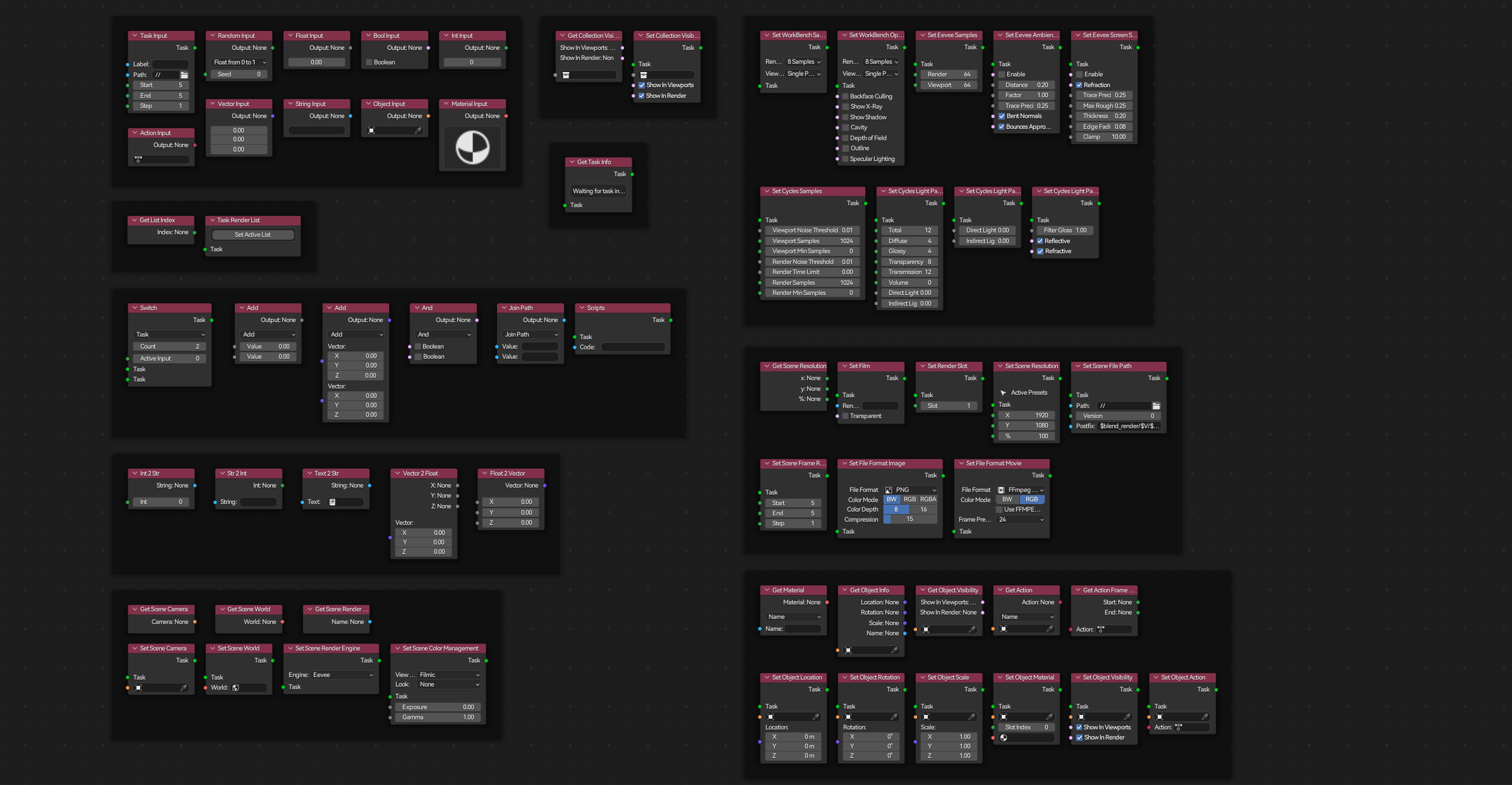 what does it do ? can i easily set to render different objects/collections to different render folders ??? that would be amazing

can you please add viewport rendering to it ?

But its not this easy , here i expected that the background and helicopters are rendered to different folders, , the helis rendered fine, but in the second run the background AND the helicopters were hidden , so i got blank frames. i think this might be just a bug though and not intended ?

But when its ready this addon will be great !!!
but yeah we need viewport rendering and offscreen rendering in this addon for fast rendering , to quickly render previews and precomp our aftereffects/nuke/whatever comps.

edit2: another bug … the visibility isnt set back after rendering or escaping rendering. dude this addon will save my life lmao ! its pretty much done already , just a few bugs here and there !

crashes on load with:

so somehwere the paths get mixed up there

edit:
i changed get_ocio_path() like this, that works fine.

Another good feature would be to have the ability to render each “task” seperately, and not just all at once

thanks! I will fix this later

RenderNode is now currently writting properties to blender data. I havn’t working out a way to store the source atttribute instead of overwritting it (Though geo nodes, set material may be find)
If this was done, It may look like a node style of take system.

just store it in a variable, i dont see the problem …

but another problem i see is that the addon tries to pick all cameras/objects/collections from all scenes and not just the actual one … you could get all the stuff from scene instead of blenderfile (which might contain lots of scenes with entirely different collections etc.)

Store an attribute is not such a simple thing. What you want to have is not something like a executing
a material nodetree/geo nodetree that generate something new but a take system in houdini or cinema 4d. It need to acess the stack of the current scene and overwrite it to a new take.
With blender’s python way, you need to subscribe everything you want to change, and when you remove node or not execute it, it restore the attribute. (I don’t think it is a perfect and efficient way to make it, so I leave it until now. Maybe you have a better a to achieve it.)
About the second point, I just follow the design of blender itself. A scene allow to use an object from another scene. This due to blender’ library style data structure.

ok i thought you replace just every changed value before rendering and set it back to the original value after rendering (either with a backup value or just calling undo(good for undoing collection disable, otherwise all disabled items inside the collection get reactivated too)).

to the second : yeah thats true but the scene also exposes all its children , you could filter them, theres no sense to hide a collection in scene A while scene B is rendering.

both scenes could have a collection with the same name too. like “main_character” or “background”

Yes… Restore value after render is simple and I make one in the previous version. However, rendernode is also set up for those who want to change their settings in look-dev, which means they might change any settings at anytime with mutiple times. You need to get the users’ operation and protect them(Just like the main take in take system, usually use to be the editing one) And blender api’s msgbus seems can not have mutiple subscriber on the same object. Therefore varient setting is not possible
Get your point at the second point: you want a scene switch node right ? It is in then previous version and now I am redesigning it.

link to the old version ??

Fantastic Addon so far, would even happily buy it if its paid.

Can I somehow loop through collections? Is this on the feature list?

check the release version. 1,24 is the old and stable version

There is a set all collection in the set collection visibity node now(not in 1.02 but developing). I think a get collection by index/name will be in the next version.So use the render index to solo a collection is possible

@atticus_lv hi just purchased the addon and trying it out with a simple setup.
Is it still ok to go through the old documentation? It looks like nodes have changed. Do you have any plans update the docs and add more examples?
I’m trying to make the addon work like the c4d take system idea.
This is such a great addon and I’m surprised it has not been more popular.

Are there any Blender users using the Rendernode addon?
I am looking to add my simple material switch setup to a model switch setup. I want to for example hit Render all and the addon will select 5 Scene models and 5 materials giving a total 25 renders in total.
Having some issues! The nodes in the later version differ from the support documentation. Not great for a new user.
Thanks