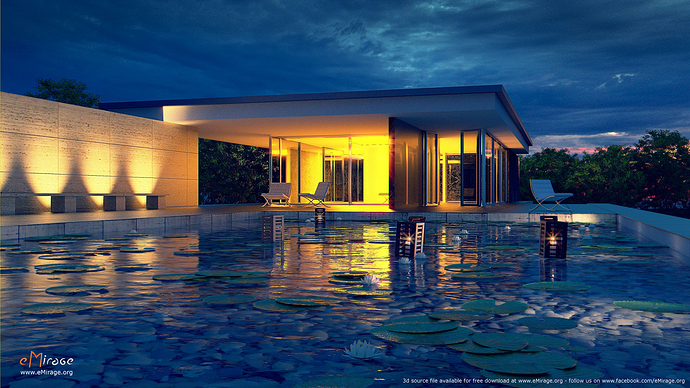 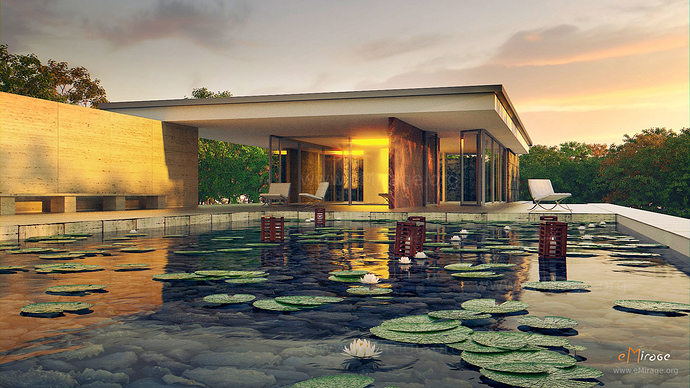 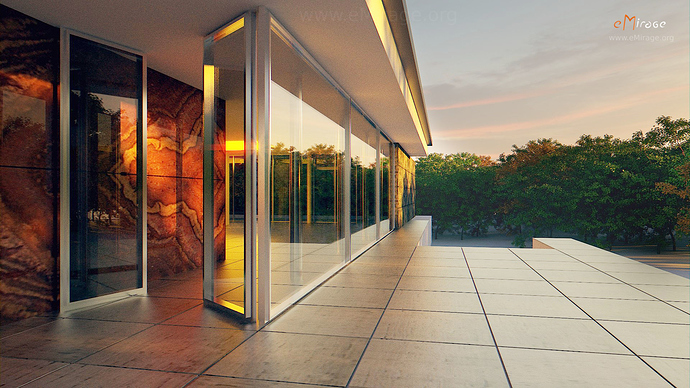 made with Blender 2.66 / Cycles, includes all textures, shaders, environment, ready for rendering

I’m planning to write a making-of packed with tips,
if you have any question that you want to see in the making of, just leave a comment

Distributed under creative commons license
feel free to share and use for your commercial and personal projects ! 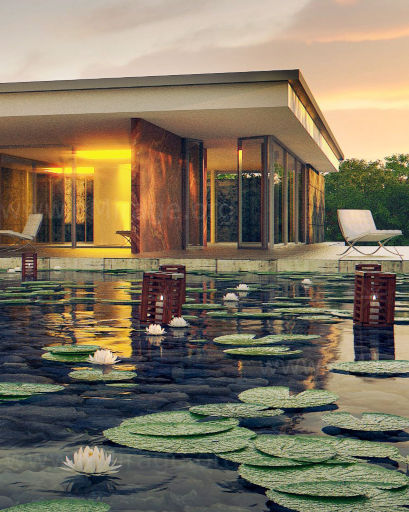 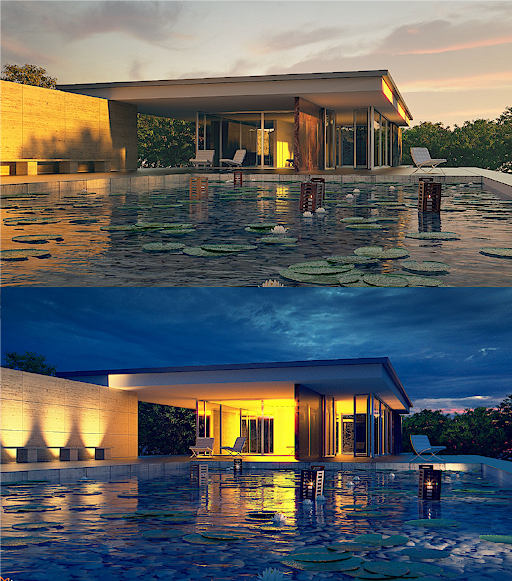 Hi everyone, this is an update to the last Posted 3d model with some  new cool features the v1.2 Updates features: different day times (midday, sunset, night) in different scenes, but inside the same blend file, the geometry and materials...

Feuille1 there has been lot of optimizations in cycles code after Blender 2.67, and I think that it's better to lock this document, and will open a new one with an updated benchmark scene...thanks for your contribution GPU Benchmark,CPU...

That’s a very nice looking scene, and must have taken some time to put together.

Thank you very much for sharing it with us.

I will take a look on it later when I be in home. This is the full thing? You just press F12 and it shows as in the images above? If it is that then I think is time to dump Mike Pan BMW scene and begin to test Cycles with this one.

wow that’s a great resource! Thank you very much! And really good scene!

Great looking scene, congratulations! And making a tutorial is a nice initiative, as there aren’t too many available for archviz professionals.

This looks incredible! This would be great as an outdoor benchmark scene. Maybe you should make some inquiries, there was some suggestions in the forums about updating the current scenes.

Thank you for sharing, your work is amazing!

Such scenes are a great resource, to show what Cycles can do.

Thank you for sharing, your work is amazing!

Such scenes are a great resource, to show what Cycles can do.

great scene,can anyone explain why objects rendered out of blender look so “sharp” compared to renders from other engines I see?

is this something to do with blender,or is a hundred percent to do with the the skill of the artist?

I’m planning to write a making-of packed with tips,

Please, do!
Thank you so much for sharing!

maybe use this as another or updated benchmark.

The original scene doesn’t render in my GTX460 1GB
So I edited the chair and reduced the render parameters of the subdivision modifier and decimated another. Now it renders on my GPU.

eMirage, upload this file to your page and then I will delete the link in this post so first post has the link. It will be better I think than saying to people to go to post 14 to download the GPU version for 1 GB cards…

For the fun on if, I tried to render that on our farm and see what times we get. But it detected a cycles hair object in it (Plane.012) so it switched automatically to CPU rendering.

eMirage, did you render on GPU, with the hair disabled, or on CPU?

Hi Guys, I’m really happy for all the positive feedback, thanks

@@Bao2
as for the benchmark, I will do some changes and optimizations to make this scene fit in 1Gb GPUs
instead of using decimate modifier, I’ll replace the pebbles displaced plane with particle distributed ones (more polygons, but instanced, it will give better quality / performance),
the water plane also is too subdivided because it is used for dynamic paint waves, I’ll replace it with a simple plane for still render and moves the animated one to a different layer

@@RenderStreet
the trees are scattered with hair particles, I’ll change it to standard one

I’ll upload the updated scene as soon as possible, If you have any feedback that you want to be included in the update just tell me, thanks.

First of all, I have to say, I actually didn’t download the file, due to some bandwidth-issues I’m having here atm. But just in case there’s more objects in the scene called somethin’ like ‘plane.012’, as the one mentioned by RenderStreet, let me humbly suggest you might want to consider renaming those into somethin’ more descriptive (say ‘emitter_trees’ e.g.).

@@Bao2
as for the benchmark, I will do some changes and optimizations to make this scene fit in 1Gb GPUs

My conseil is just don’t waste your time and use the one I modified. I simply lowered things in the chair and it suffices to render in my GPU 1GB.
I also changed three things in the performance panel: tiles, progressive refinement and static bvh. So this and the chair settings and it renders in 1GB.

Don’t waste your time trying to achieve a faster scene, etc. Of course I can do also look the same with probably 1 / 3 of the memory it uses just now, but what is the point? I think is more valuable as it is, stressing to the limit the 1GB cards and is a (in theory) work you can’t do in GPU (I continuously post here that you give me your terabyte scene you can’t render and I create one that you are able to render. For animations that would need several scenes of course taking in account objects that are near or far the camera.

Also I would include in the text file something like this:

Also I would make 100 samples by default so the benchmarks doesn’t go to 10 hours time or so… Just say that if someone wants the better quality, something like 1000 samples are needed or so.

I will delete the scene in post 14 when you update first post with a working GPU scene for 1GB cards.

Wow what a wonderful scene. But boy this shows clearly the down side of Cycles way of rendering compared to the approach VRay or Yafaray use. However thank you for sharing this scene, it will be a great file to do tests with and also use as a reference for users here.