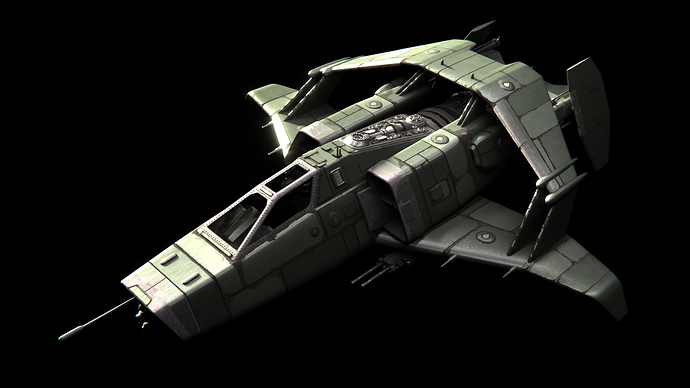 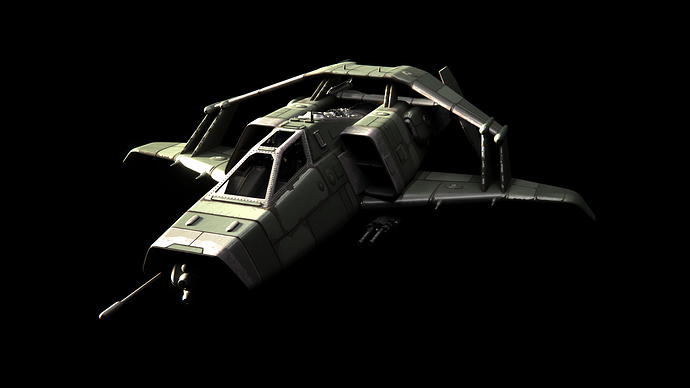 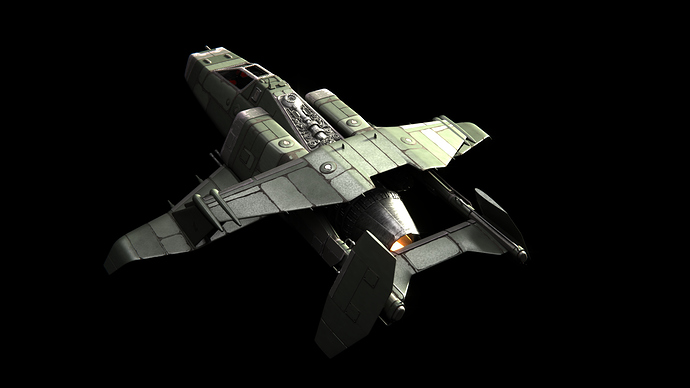 Been lurking here for quite some time and finally decided to post something. This was originally going to be a futuristic spacefighter, but unfortunately it didn’t quite turn out as I had hoped. It seems to me to be more suited for atmospheric flight instead of interstellar travel. I have some more work to do on the textures and plan on adding some minor details here and there, but for the most part I’d say it’s getting close to being finished.

I’d certainly appreciate any suggestions or critiques. I’m hoping to get the model finished soon, so I can begin to animate it.

Excellent work! This is truly amazing, the texturing is phenomenal! 5*

Thank you so much, NID. The kind words are very encouraging.

Who cares where this is flying, it’s sick!

Thank you all for the kind words, they’re much appreciated. 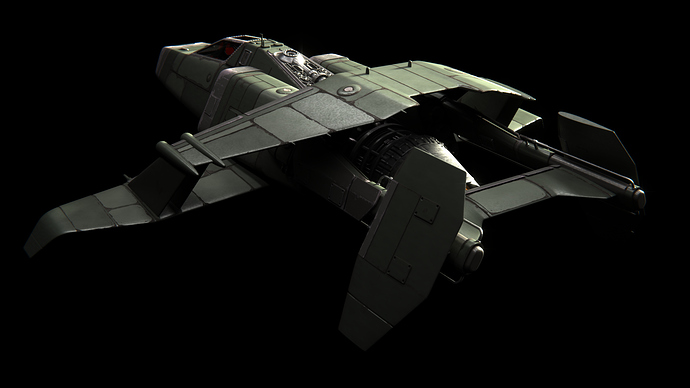 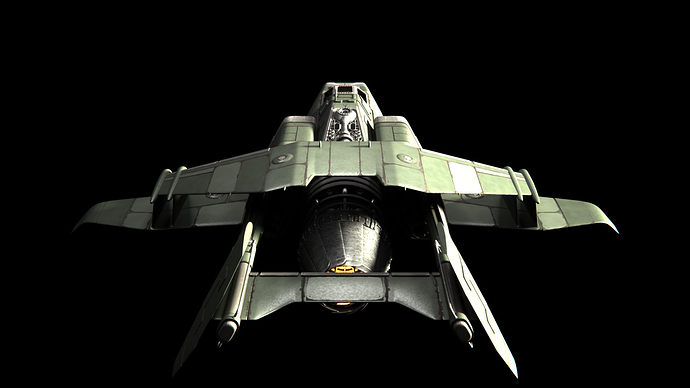 And last, a quick scene I threw together. 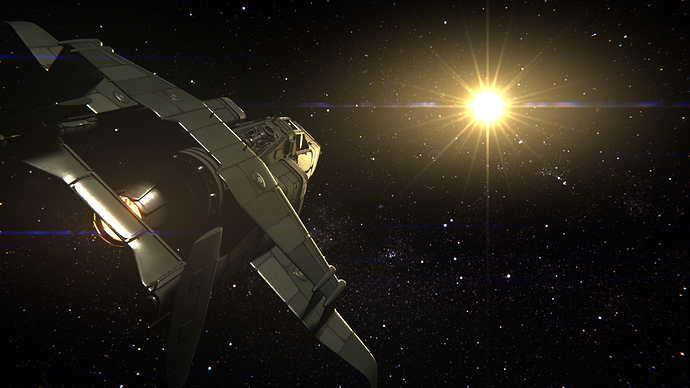 Yeah the textures really are top notch. The weathering in particular of the metal really makes it stand out and look more like it’s been used rather than straight off the showroom floor.
The front half reminds me a lot like a Y-Wing from Star Wars which is awesome

I love this, textures and modeling both - and this really seems like it would fit in the BSG range as well, for both air and space travel.

I agree with all of the above: Nice textures. Cool model.

Really appreciate the feedback everyone, thank you all so much. Would definitely cite Star Wars and BSG as major sources of inspiration, also some Star Citizen influences in there. I’m relatively inexperienced with texturing, so I’m glad that you guys think it turned out okay. The latest blenderguru tutorial was a tremendous source of help.

Yep, amazing. I really love how the engine is is overlapped with bodywork, and as already mentioned texturing is superb… materials, not so sure about that, but I don’t know what you’re aiming for so maybe it’s alright.

Thank you Impreza! Yeah, I’m not too sure about the materials either, they’re mostly procedural noise textures with the grunge map applied on top, along with a normal map. But, they serve their purpose as painted metal well enough, I suppose. I’d love to hear any suggestions that you have for improvement, though.

Taking a break from working on the actual model itself and decided to crank out a quick fly-through animation. Of course, at 12 to 15 minutes of render time per frame, it’s not exactly quick. Rendering at 350 samples on a gtx760. 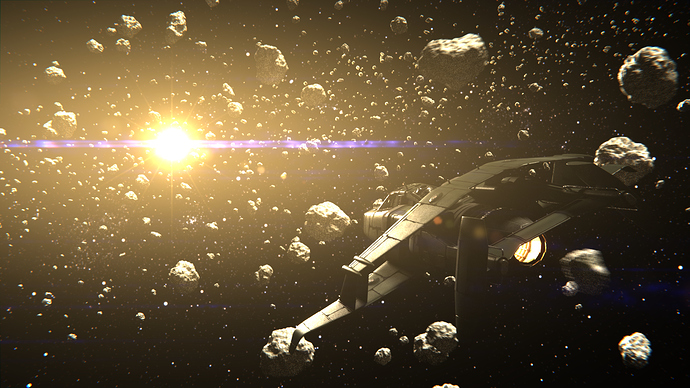