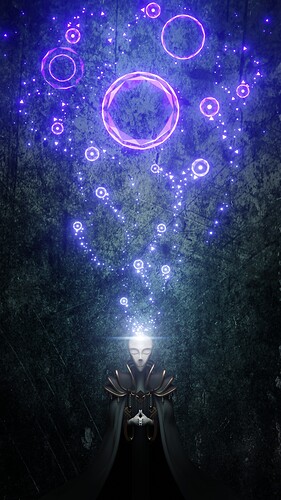 I created this image about two months ago after I transitioned to back to an old PC because my main workstation stopped working around 5 weeks earlier. After five weeks away from Blender I was excited to get back into things!

Unfortunately, the PC I was and still am using is pretty old and not very powerful. But i did what I could with it and found it’s surprisingly capable.

Character: The character’s head was just sculpted from a cube with a bright sphere to be the source of the magical stuff above him. His outfit was made using simple sub-d and bevel modeling techniques, will a little work with the cloth sculpting brush on his cloak. The hands were from a human generator add on called MB-Lab: https://mb-lab-community.github.io/MB-Lab.github.io/.

Magical Stuff: I made Icospheres with a Fresnel blend between an emission shader and a transparent shader to highlight the edges. I used the same emission shader for the triangles trails, but without the transparent blend. I could probably have scattered the triangles using some kind of procedural particle system, but i wanted them to be spread a very specific way to form little trails so I just placed them by hand. I also needed the color and brightness to change based on the height, which I did with a screenspace gradient. Since I was using two different materials for the icospheres with the edge highlights and the solid color triangles I used a node group for the gradient controls so I could change both materials simultaneously.

Background: I just grabbed a free grunge texture off google images and adjusted the color a little, then I lit it with area lamps. 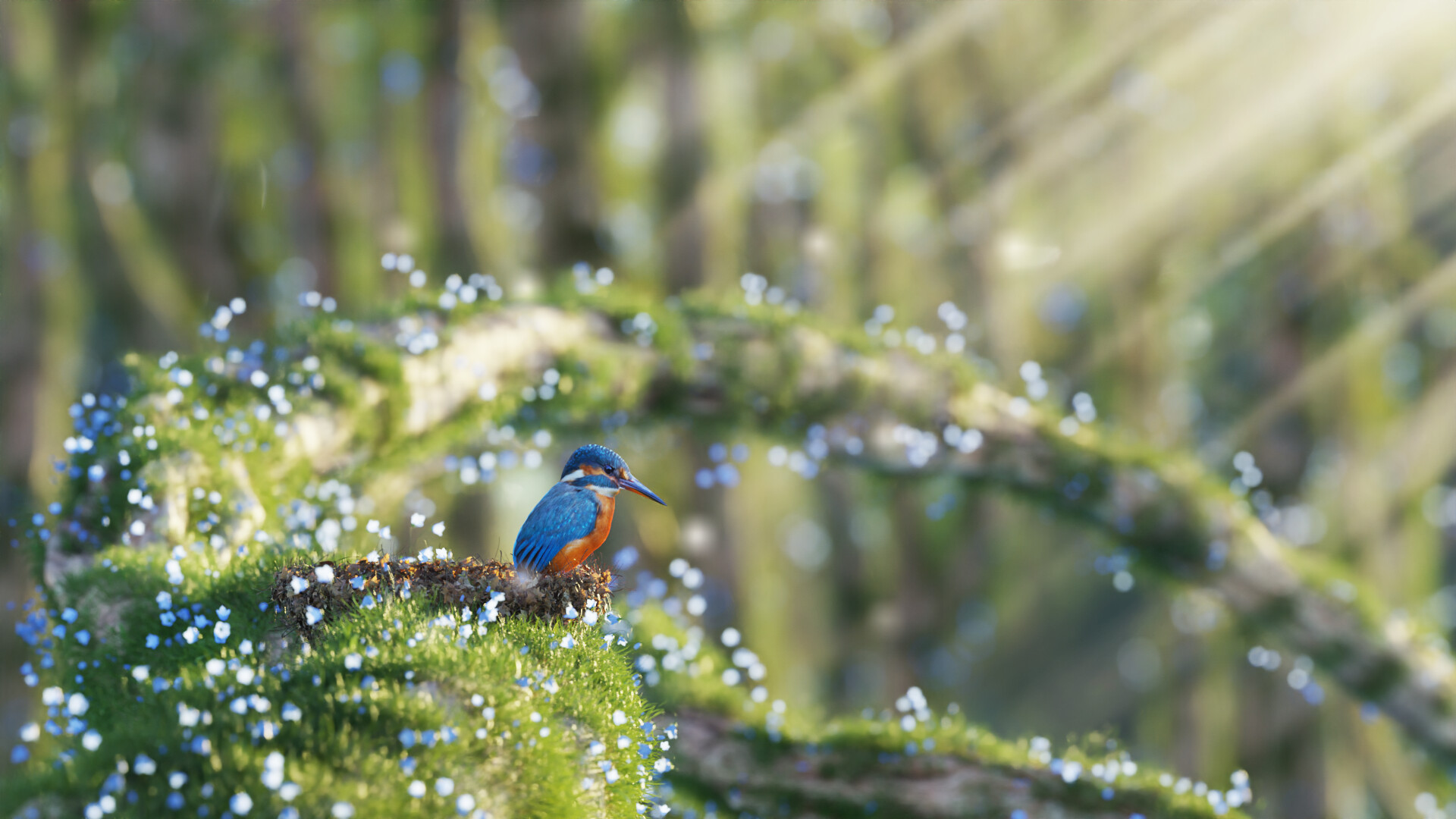