Hello. Now that I have an alright amount of knowedge of blender im gonna jump straight into a big project. I want to make a full length scifi movie. I want it to be a mix of Gundam, Starship Troopers, and Neon Genesis Evangelion. Not to copy off of those but to come up with something original that you could compare to those. I have a very rough idea of a story, and have started design work on the mobile suits and characters. It will be half live action and half CG, I wont stop until it is close to photorealistic, believable, and bad ass. It will be called Galvien, just because I like the way it sounds haha. If any of you have any ideas or help I could definitely use it.

Here are a couple very rough drafts I started to make. More detail will be added, or I might just scrap both of them and start all over again. Let me know your opinion

Here is a very basic premis of the story.

Twenty years have passed since a metor impacted the Earth and layed waste to over a third of the planet. Earths forces are in war against one another for the remaning land and natural resources. In a race to develop the most powerful weapon, scientist’s construct the Galvien. A mech powered by a not fully understood energy source discovered inside the meteorite that crashed to Earth. When unknown forces from within the Galvien that are misunderstood as a glitch inside the system begin to take a mental toll on its young piolit, an outerworldly plot begins to emerge. As the plot unravels and the war intensifies, the young piolit finds himself in a situation where he must not only decide what is worth fighting for, but must also decide the fate of humanity for it rests solely within his hands. 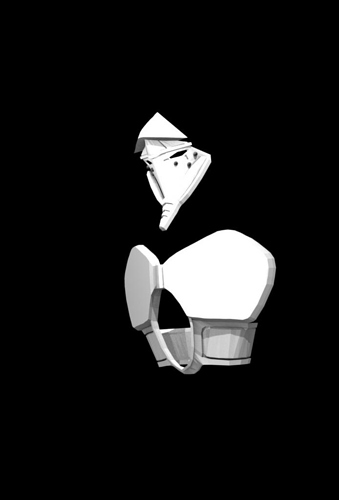 not to dash your hopes or anything, but i think you are biting off more than you can chew. full length? make a short or know your limits. i can see you have a couple decent models there, but don’t get too far ahead of yourself.

Well I can definitely see what your saying. And yes it is an enormous undertaking, but its challenges like this that I thrive for. I love being able to do something and prove myself as one to not be underestimated. I have everything I will need to make it happen at my disposal, and I also have time on my side. I have been wanting to do something BIG for a long time, something that will test myself and will take my full commitment and I believe this is that project. Of course I will do many other smaller projects inbetween but there is nothing wrong with going for your dreams. Thanks.

this could take years. if you even make a good ten minute short that alone will show that you are not to underestimated. don’t overestimate yourself or you will bite off more than you can chew. i started my project with a style i could not keep consistent so i am restarting with a style that i know i can keep consistent. if you are going to do that you should get help or put a looooottt of work into it to make it good quality.

Dude just go for it. You can always release the first ten minutes as a short. You should make a website and include information on what resources you have at your disposal since you said you had all you need which is vague. Go big then release what you have so far if you have to quite or maybe just to get more help!

Oh and give a description of the actual story like a synapses it would be nice!

Thanks a lot I appreciate it. What I ment by my disposal was that I have a highdef camera to shoot live action with, Adobe After Effects, Editing Skills, Composition skills, photoshop skills, modeling skills, plenty of computing power, and many friends with knowledge, as well as actors that are willing to take part in it. We will just see how things go, odds don’t matter to me as long as I give it my all. And as for a synopsis I re-edited my post and put one up for ya.