I’m excited to be part of this blender community since a couple of days.
After learning the ropes of Blender navigation, interface and basic modeling the last 3 days, I have many questions concerning workflow and the general approach to advanced modeling etc…

Currently I can’t seem to wrap my head around a specific problem.
I want to model the head of this greek pillar:
Pillar Head

My result so far: 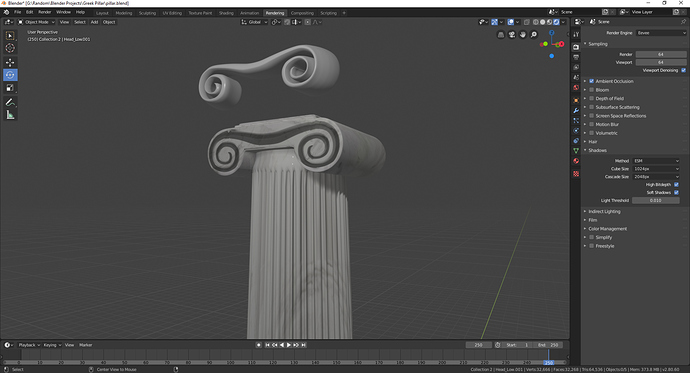 My approach was modeling a low poly model of the head of the pillar and using that weird curve model you can see in the picture at the top to substract from that head via boolean to create a high poly version to bake the normal map later. It took quite a while to get that curved model right and the result is still somewhat mediocre. Also the boolean substraction caused some tearing in the mesh.

It might work for a low poly game or more abstract look, but it doesn’t fit in with the rather realistic main part of the pillar I made. I indeed aim for a rather realistic look so that one day I might create my first scene and render it.

How would you approach that detail on the pillar head (specifically that swirl)? I would be delighted to hear any information you can give me. General advice is appreciated as well.

did some work long time ago

you where looking for a craked teextre i’v just seen one checl the file from rambobaby http://blenderartists.org/forum/showthread.php?t=130928 looks quit craked up - very nice Salutations

Thank you all, thats was just what i needed

for multiple columns you could duplivert for instance so make one mesh line with only verts and may be edges then apply the duplivert or you could Alt-D so that you have one master columns then you modify this column and all the others would be the same! here an example of an ionic capital i did manually [image] and this is only medium res now if you have 50 like that it’s gone make blender sluggish! and render will take a long time ! here is another one i did for old egypt temple [im…

here is a long tut on drawing it manualy but can be done in blender
but could also use involute algo and fit it over the image
might be faster
note: it is not a spiral ! 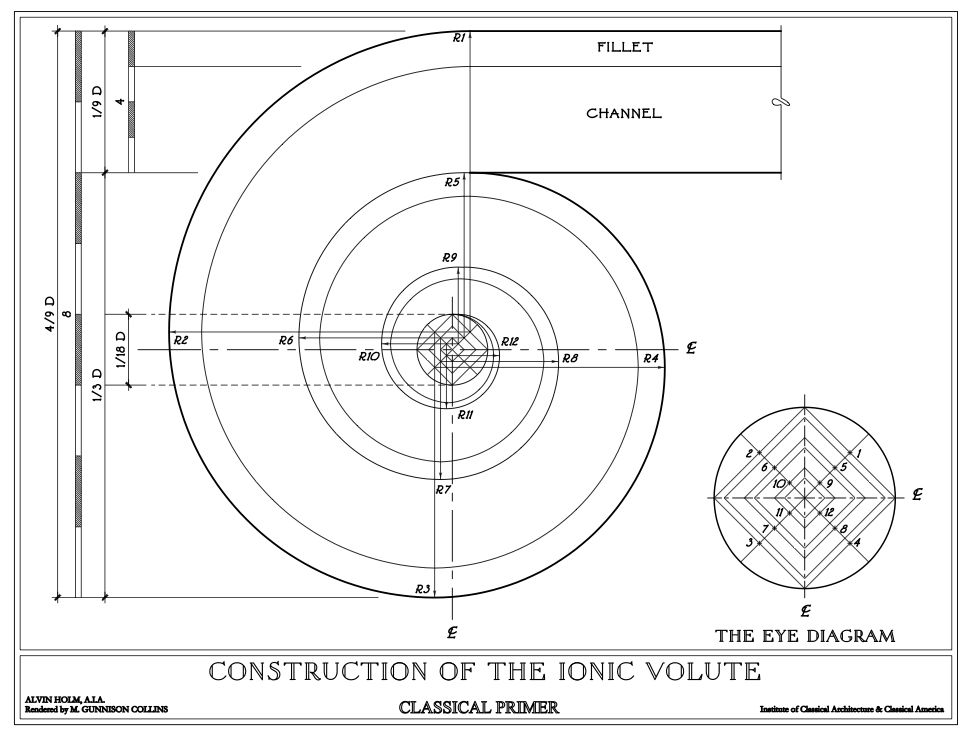 show us what you get

Thanks for all your input!

I will try drawing with the help of a picture.

What do you mean by involute algo? I’m not well versed in Blender teminology.

this is a curve and there must be an algo for this curve! 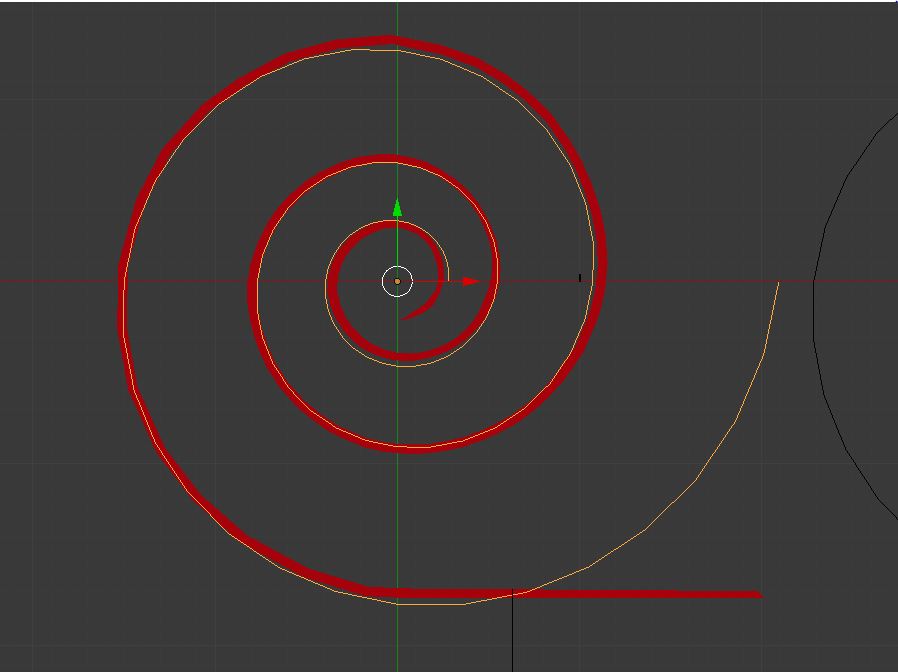 How did you make that?

I will upload a picture of my progress. I’m done actually but for some reason the mesh is behaving very oddly at 3 places and I cant seem to figure out why. I’m actually quite happy with the result, I didn’t create a normal map yet, don’t want to bake those mesh irregularities into the texture. 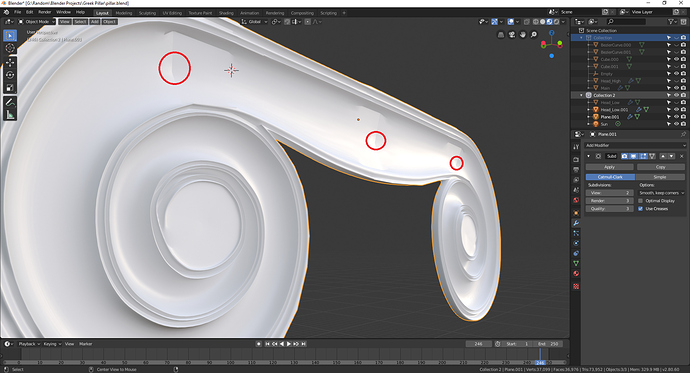 EDIT: Forget it, I just had to recalculate the normals. Everything looks good now.

but it is not 3d only a curve

here is one of the first I did 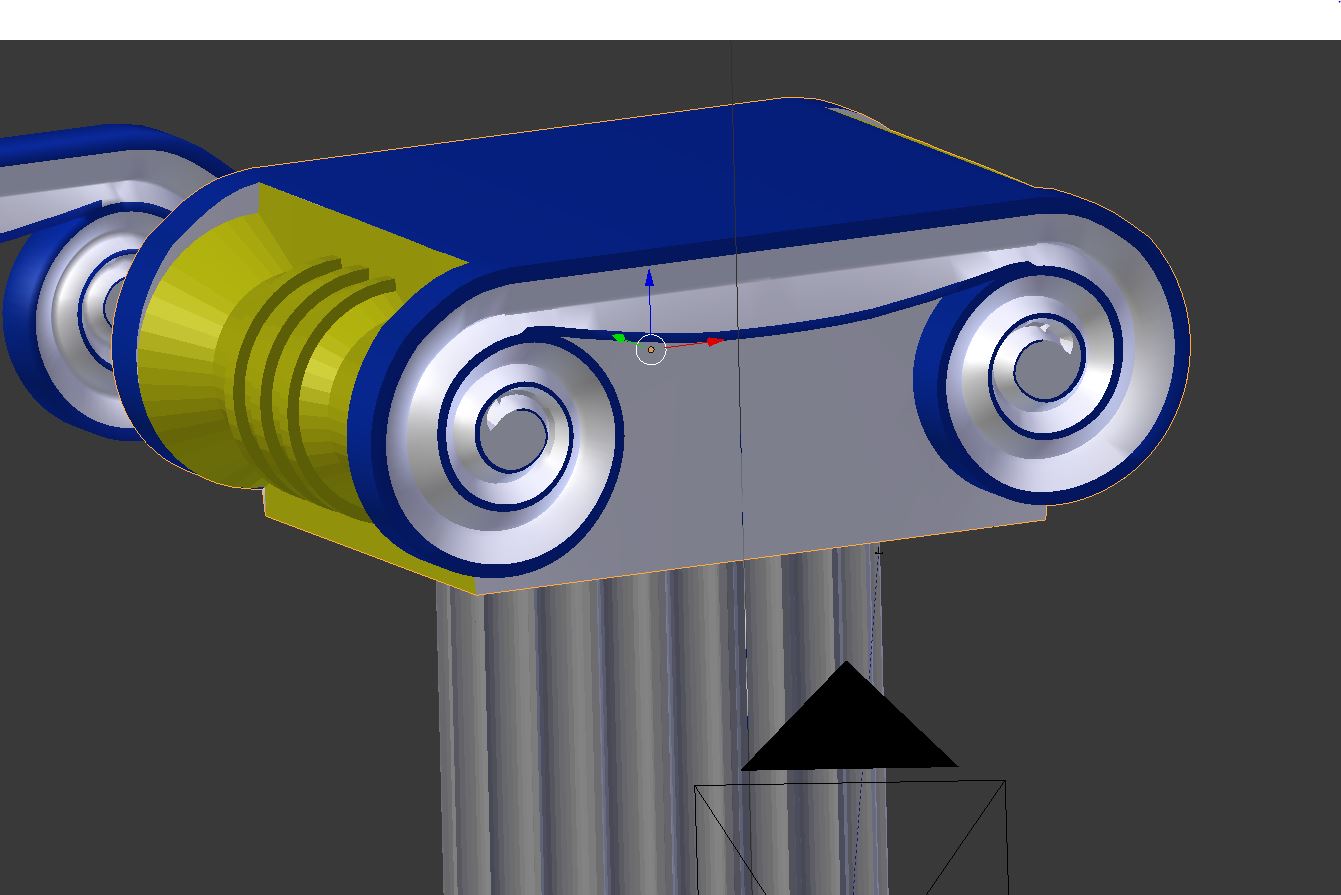 Again, thank you for your input!

Drawing on a picture did wonders and I finally have my ionic pillar head! 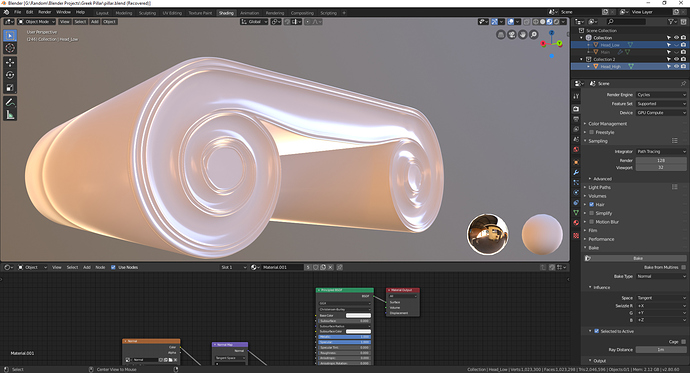 there are many ways to do this kind of spiral curve