Geometry Node: How to align a "light object" along a curve

Hi,
I am trying to setup a car’s light moving a long a curve.
The issue is the light (spot light) is not point on the direction of the bezier curve as shown below along with my node setup that I understood how it should be done in other solution I read.
You notice the cone (spot light direction) is not pointing along the curve direction. 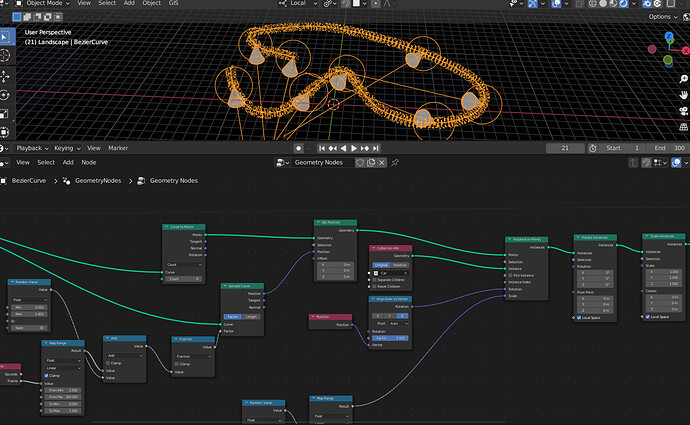 If that doesn’t work, try to plug the tangent or normal from the sample curve node to an align euler to vector , just like you currently do with the position.

Using the position into the euler to vector as you do won’t help , even if of course it does something.

If that’s not enough post a .blend so we can try to fix it ! 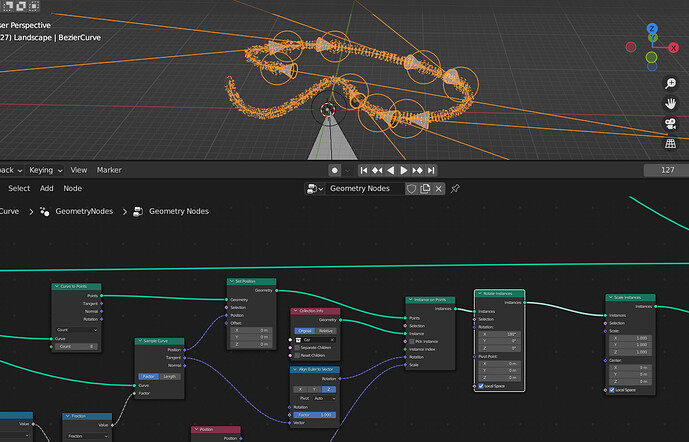