In geometry nodes, I have an icosphere with a blobbing with a noise.
On the faces I am using a curve instance with
Distribute points on Surface node

and then animating them as they extend further from their origin with a float curve.
everything works as it should, except that curves disappear and reappear all the time.
I need to have curves that are stuck to their corresponding faces from frame 0 to the end with the ability to change their amount (Delete geometry by random, Group input, etc) - the main problem is I keep on getting curves disappear and reappear - I need them constant with current behavior.

I need a replacement to the [Distribute points on Surface] node, such as [Mesh to Poitns] but to still be able to use the origin face normal for their direction. 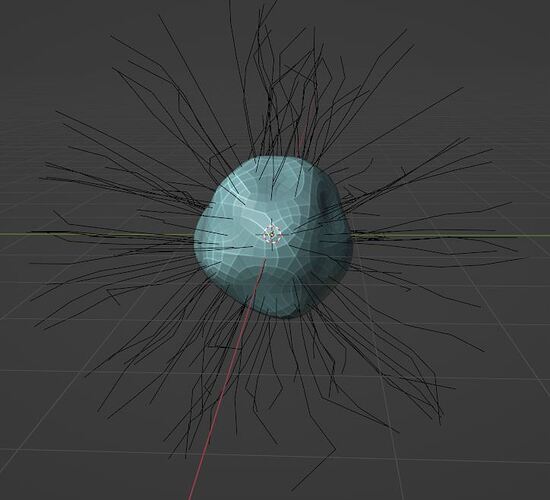 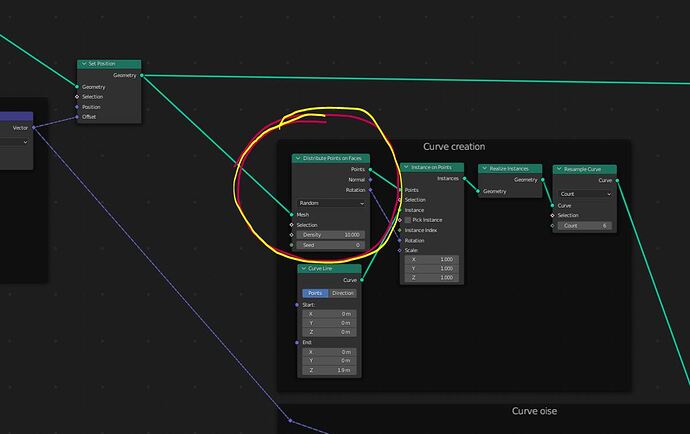 Just put your Distribute Points on Faces node before the Set-Position node.

Tried that, doesn’t work because I need it’s Rotation output to be used on the Instances on points node which must be already on a different chain then the split (from the Set Position).
Connecting it’s rotation anyway - will ignore the set position distortion.

You can use the Rotate Instances node after the Set Position. Point remains that to ensure points remain consistent you need to create those points before you do any change to the geometry it is on.