Anyone know how to make this entirely procedurally? 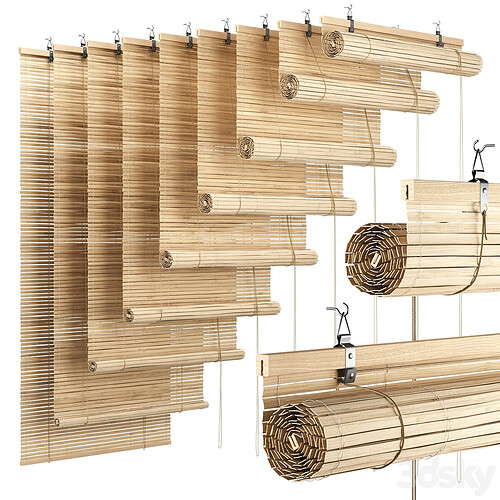 This isn’t quite 100%, it’s lacking the pull strings to raise and lower the curtain, but it covers the basics:

Beat me to it…

@josephhansen set us up with the jump ball, haha

It’s so fascinating looking at how someone else approached the same problem. I had a wad of nodes for rotating the spiral to align with the end point as it moved, but you just made the inner radius larger than the outer radius, which is waaaay cleaner, haha. 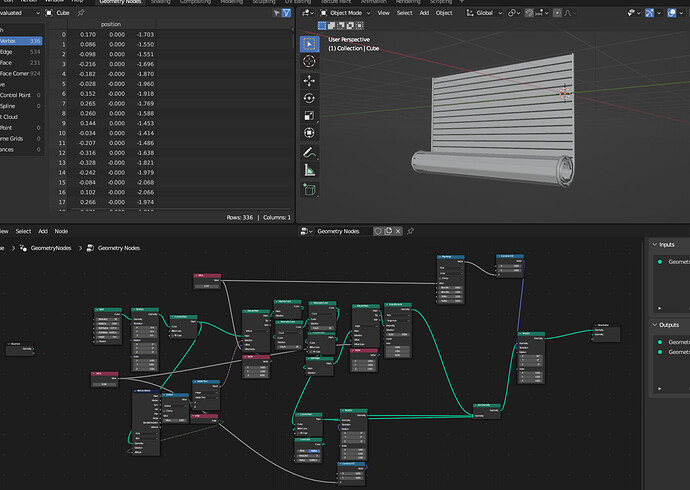 I had a try, went the wrong route with an edge split, ended up with a stretchy cartoon look to the unrolling,
then came here to see it solved!

We really need a website/repository for sharing procedural node setups such as these!

We already have that… It’s called blenderartists.org

Sure, but even so, there have been many attempts at aggregating node-groups and they all die after a while because the effort of curating is generally underestimated.

This site has been the most consistent at providing gems for you to discover, but you do have to do a bit of digging and be proactive with who you follow.

Nodegroups are so specific too, it can be hard to index/categorize them.

“category” is too limited. We’d need a website with a robust tagging system, detailed descriptions, video demos, versioning for the node groups themselves and also clearly indicating which version of Blender the node group works with. Would also be good if each entry had a comments section where people could ask for help or propose improvements. The author could implement those improvements and publish a new version under the same entry, keeping all older versions also available. This node stuff is literally programming and should be treated as such. github?.. but if blend files are binary there wouldn’t be much benefit to using gitbub probably.

On topic though, Does that roller blind solution work for you?

You asked for a solution to particularly challenging issue, and you got 3 people to spend collectively hours to help you out, and you didn’t even respond to any of them.

I don’t mind helping out, particularly with interesting issues like this one, but if the help isn’t received, it feels a bit like a waste of time. Also, quite frankly, it doesn’t really seem like you wanted a tutorial so that you could learn how to do it. It seemed more like you wanted this dynamic asset. Next time, post your request in volunteer work, because that’s what it ended up as.

Yeah, sorry. I’m trying to look through them and gain understanding of what the nodes are doing. I wasn’t actually expecting anyone to help like this so fast. The dream was I’d put this idea out there and somewhere in the next few months a youtube video about something similar would magically appear.