Finally finished my first stylized character by following TomCat’s amazing " Blender Complete Character Tutorial". It takes me over a month to finish. I referenced Mitsuru Adachi‘s art works but not very sucessed I think

. Anyway, I don’t have much confidence on the result, so any feedback would be appreciated 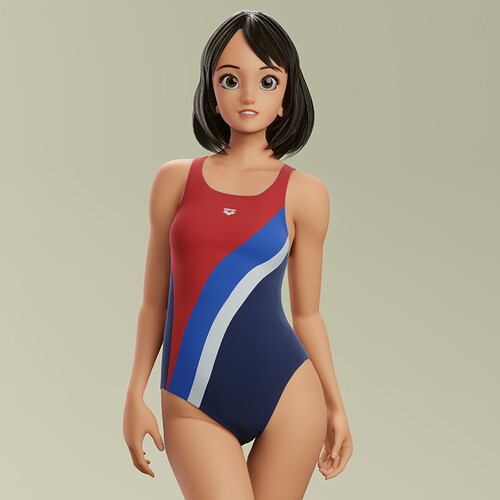 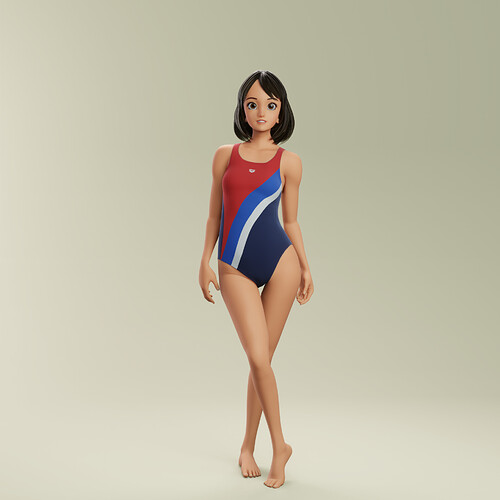 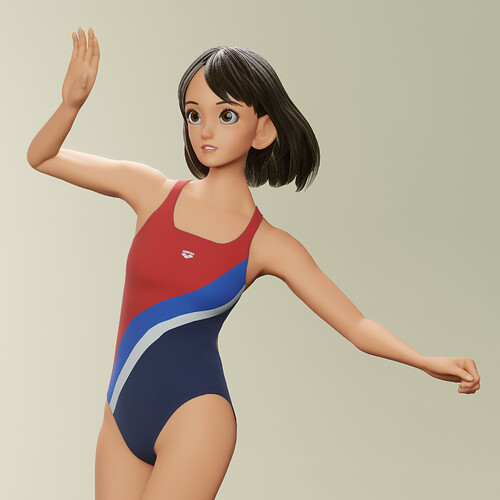 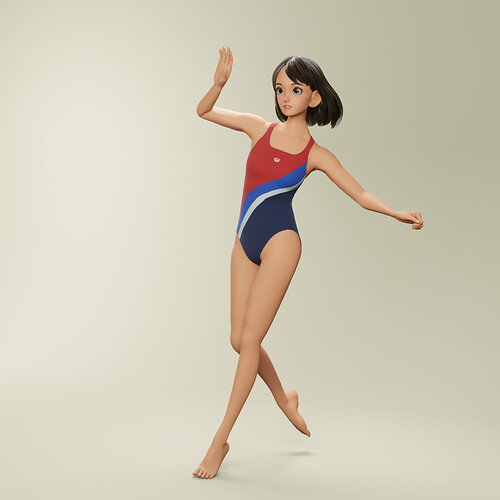 Model
The model is built though polygon modeling and polished by sulpt tools in Blender. 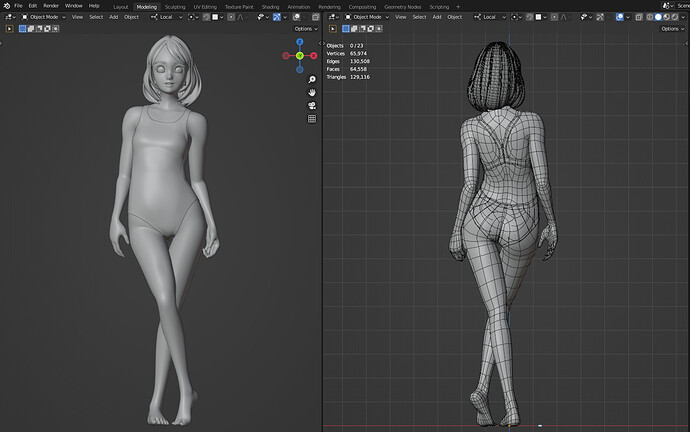 Rig
The character is fully rigged with rigify - the new face rig updated in blender 3.0 improved a lot and the new pose library is just so cool!! Also thanks CGDIVE’s great tutorial series Rigify Tutorial Series: “Rig Anything with Rigify”. 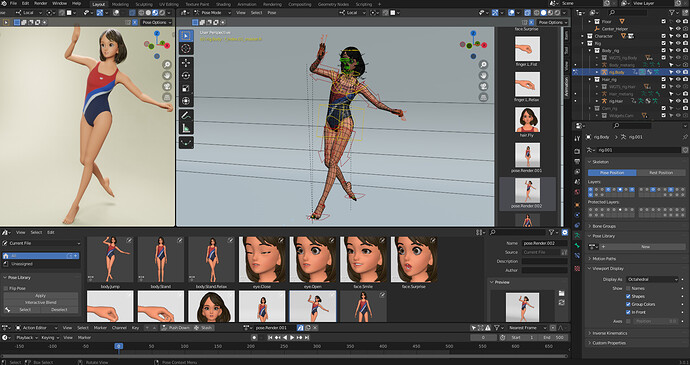 Light
The scene was lit up by 3-point lighting and an HDRI image as background (downloaded from HDRI Heaven). Blender Guru’s " How to Make Studio Lighting in Blender" inspired me a lot. The final render was done in Eevee which is very fast! 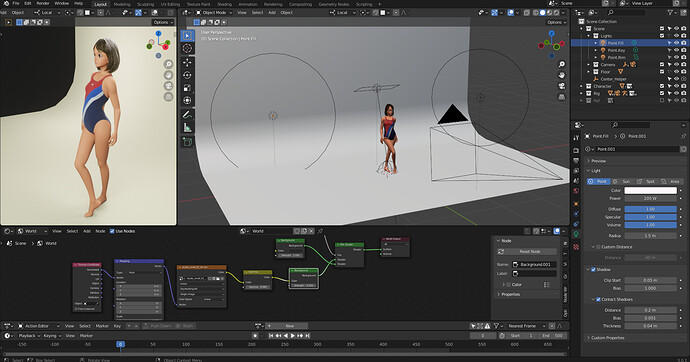 Wow, what an honor

Amazing!
You did a wonderful job at topology!

Wow, nice. Also, I should give the pose library a try soon, seems really worth it!

Yes the new pose library can completely replace the old one. You can easily edit each pose in action editor and blend them together intuitively which is amazing.

Why don’t you have much confidence in the end result? Your model looks very professional. She looks great, and if it isn’t terribly rude to say so, way better than the character created in that tutorial. I’m not familiar with the artist you’re referencing, but as far as a finished piece goes, I’d say this is quite successful.

Your topology looks very clean, but I will say that when you can, it’s best to avoid that kind of pole along the body’s center line (or any symmetrical model’s centerline). Being able to make a clean selection straight up and down the center line can be easier to work with.

Thank you very much for your praise and positive comment!

I think the model showed in the tutorial must be a rush version because the author didn’t have enough time to fine tune it while recording the video.

When I look my character too often, I just can’t tell it is good or not. And you’re right, the topo at that point with 6 edges must be … not good. I can’t remember why I make it in that way, maybe careless, but I’ll definitely avoid it in the future.

She deforms well. I do not know how you do it. solders and ankles look perfect when posed. when the arms are up.

I take the shoulder shape like the image shown below, and put the root of the upper arm in the center of that shape to get a proper rotating point, also blured weight map between arm bone and collar bone to get nice transition. 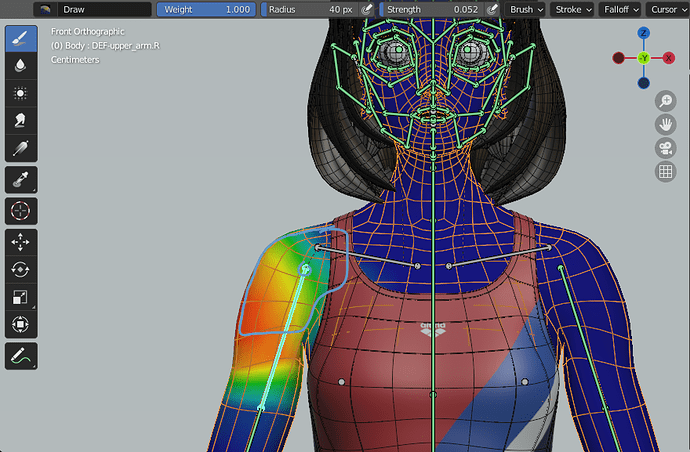 I move the ankle joint a little bit downward for same reason, and ajust weight map to get better deform. 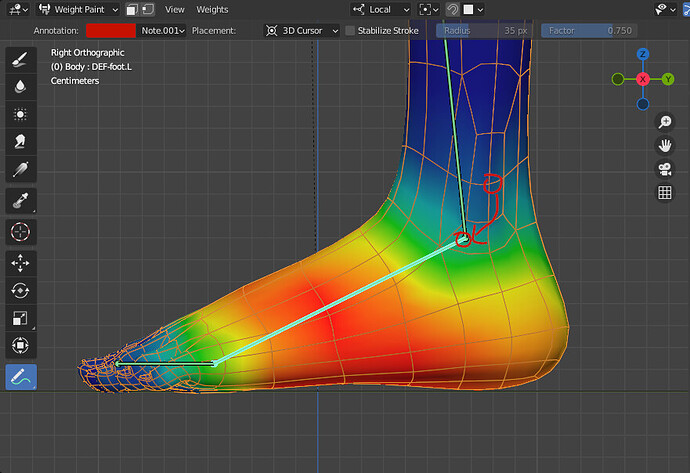 Also the foot bones should be straight and point to 2nd toe. 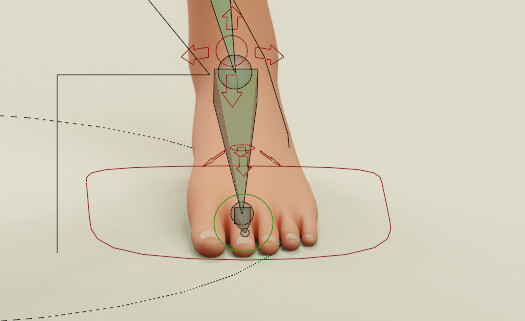 At last you should keep the breast bone as where it is. Breast bone can works as rib bones and blade bones, to maintain volumn of chest well when moving shoulder.

Eh. The pole’s not the worst thing ever, and it’s not like I haven’t seen other skilled artists do it. It’s just good practice to avoid, and pretty much all I had to critique. Model looks great regardless.