In my game, when I make it a runtime the textures and normal maps don’t show up.

I did make all paths relative and pack textures in to the file.

can you upload some screenshots or sample blend and build.

It seems that when I add my character(with logic) it loses textures and normals. 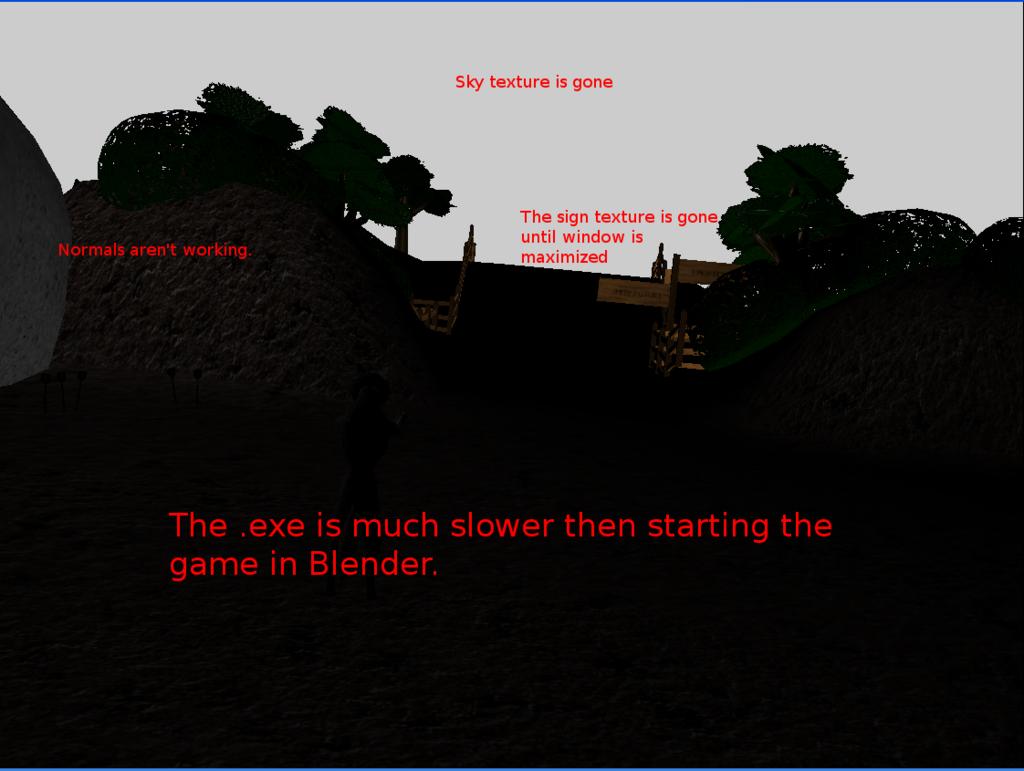 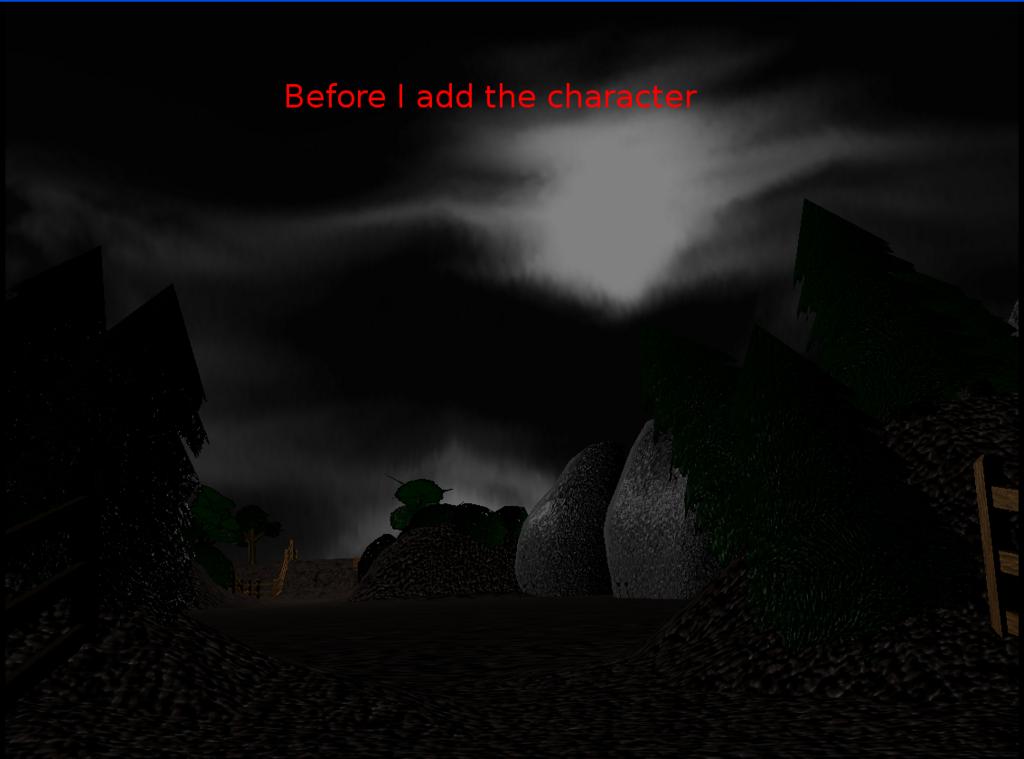 The sky texture missing may be related to camera occlusion culling.
The normal map missing seems odd. also it might have something to do with lighting also.
also what blender version are you using?

It would be recommended that you use the latest build of Blender (2.59 at this point). In addition, apply any modifiers that are present in your game scene - they can cause issues, if I recall, in runtimes.

I have no modifiers on

and the lighting is working fine

I did manually create a skydome :3
Aren’t those game framing settings default like that?

OKAY, the exe runs fine NOW. I am confused.

Nevermind. It worked once, then didn’t.

If you have problems just attach or link to your blend file rather than relying on other users having to guess which of the multitude of possible problems is applicable in this case.

Okay. But one problem is that it is randomly messing up. So If you download it, try it a few times.