Here’s my first work… maybe someone could comment on the ‘lip’ for which I have no success in making the edges visible and clear. 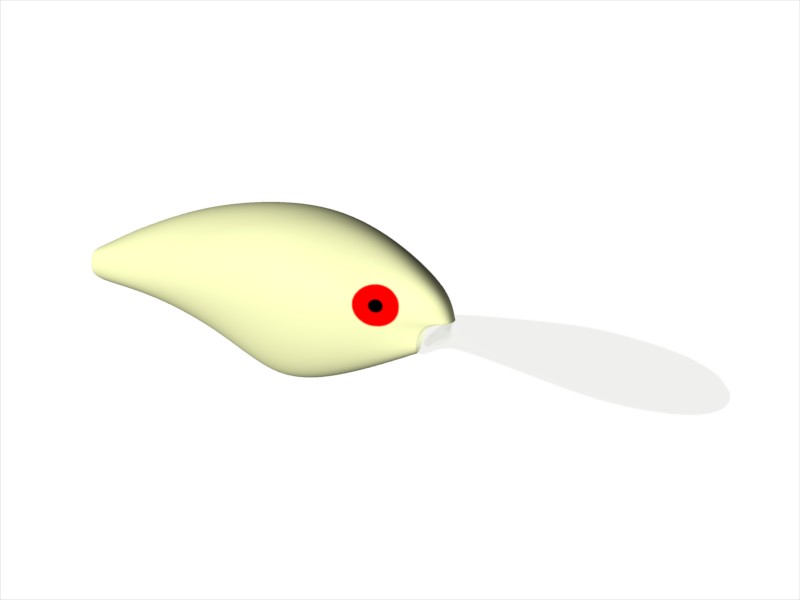 maybe make it a hollow peice instead of a flat one…

The lip is actually a solid but it just looks flat due to the material, ‘glass’, which I borrowed from the ‘every material known to man’ site. Here’s another look 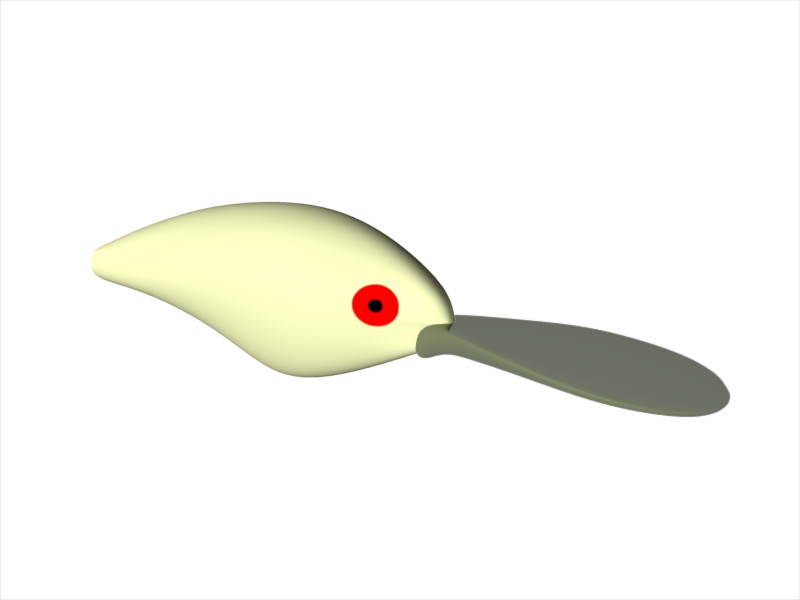 If you put something behind the lip and give the glass material some refraction it will look more solid. Since you are using a premade glass material, it probably already has refraction. Also, be sure to turn on raytracing, otherwise refraction won’t work.

where can i buy won… been neededing better bait

Wow thanks for the feedback Gokuui and Sketchy, that just about knocked me out of my seat!!

The lure is actually an old 1970’s lure from my Dad’s tackle box, called the ‘Bass Jacker II.’ The name is written on the lip which I will play around with later, when I’m done making the lip the way I want. It also glows in the dark and has a little green shading on the nose.

Ironically, Gokuui, the point will be to sell the lures, but this particular lure will be just a mascot. I’ve personally had the best luck with Storm Hot ‘n’ Tots but I’m making a list of what I want: auger tails, Zara Spooks, Reapers, jigs, spinnerbaits, Rooster Tails, spoons, flies and whatever else I can remember getting hits on.