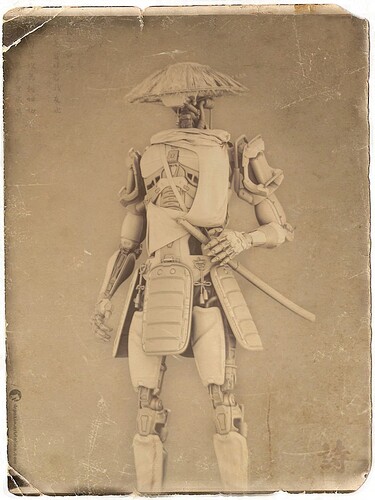 Rogue AIs were not uncommon after the first japanese AI war. Samurai folk lore was adopted very quickly by these units as an easy to follow (yet extreme and brutal) code of conduct. This priceless picture shows how they tried to build its own cultural assets, trying to mimic the original samurai pictures during the end of XIX century and early XX. Dismantle these units were amongst the most dangerous jobs those days, and a honeypot for bounty hunters.

Hi-poly, mostly sub-d, 24m tris aproximately.
eevee plus heavy filtering in photoshop and added some japanese themed stuff.
2.93.5
This will be a game-ready asset in the next months.

Must say that I’m very impressed with the gain in undo performace. 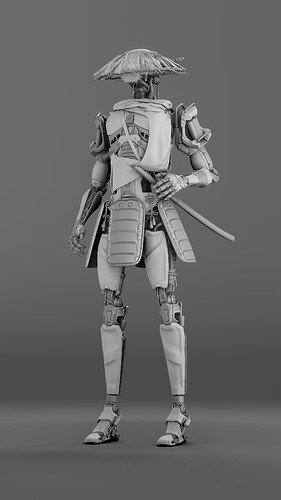 I love the whole vibe of this! The paper texture is awesome!

.- Paper texture coming from a photo stock site, but I also added some slight color grading and few details and noise. 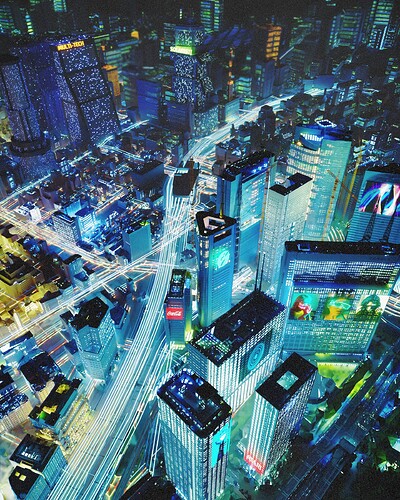 Thank you so much!! very appreciated!

Thank you so much!!!