I’ve been watching a bunch of attack on titan, so I made an ODM gear rig! 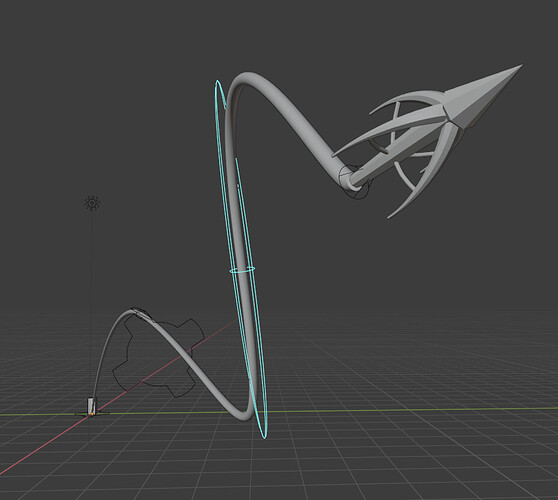 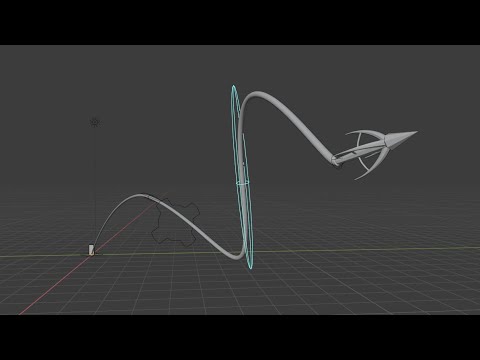 Or, just the grappling hook part. Basically it’s driven by a spline, which has spline points hooked onto a couple bones. Scaling the bones then drives the scale of the handles, which allows you to control the spline in a neat way.

All of the main bones are parented to a bone that stretches from the grapple origin to the hook location. That makes animating the spline easy, because you can just clear location and rotation to get a straight rigid rope.

The hook itself, as well as the spline, are controlled with a driver pushing the object along the spline. it’s a child of the stretched bone, so it’s basically constrained to move from the origin to the target in a range of 0-1 local z. this directly drives where the hook is along the spline path.

I’m still a rigging beginner, so it’s fun to have an idea and build it haha