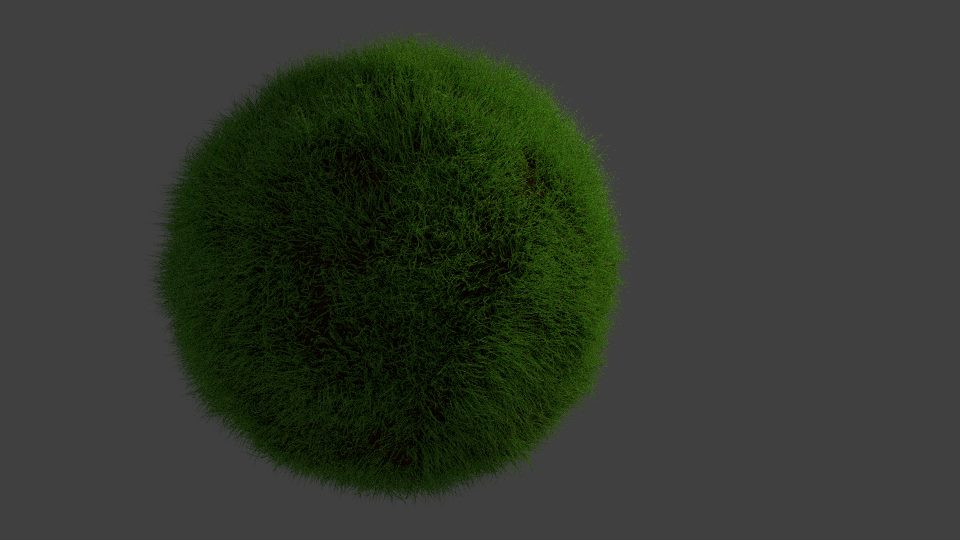 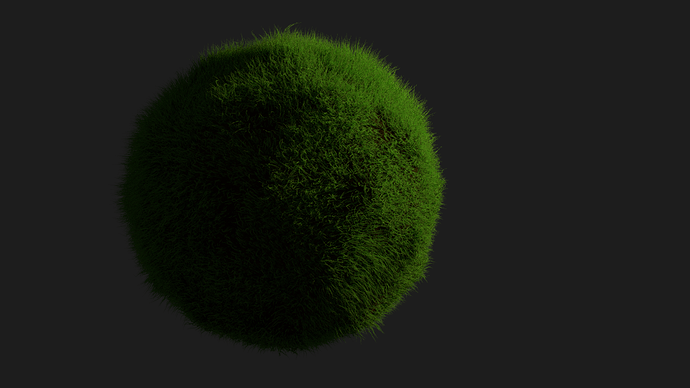 Off hand I’d say that your grass looks descent, but it is a bit too saturated. Reduce that a little and it will enhance realism.

the first one, by far. gras is not fluffy like the second one. number 2 is more like algae. underwater.

I like the second one better. But I would kinda agree with iDuzi in that is a little too thick. The lighting is alot better in the second one, so if you did that lighting set up in the first one I think it would look much better.

Second one looks more like fur, first one is better imho. But lighting in the second one is more interesting

Also I would follow wolfgannn’s advice and not just give the grass a green color, but give it a blend texture using a color ramp, where the bottom has an alpha value of 0, then it starts from a dark green and gradually gets more yellow and more light.

The first one more realistic. Use color variations all you need now is color variation. I am also working on the grass I use on my night in the woods scene.

Add some tiny plants and flowers.

Yes, the first looks more like real grass. I agree with previous statements that the second more closely resembles algae or mold.

The uniformity of the grass strain makes it look more like a well kept lawn than a field of natural grass. But if that is what you are going for, then it’s successful.

I like #2 better but the blades may be a bit thin. I think I would goose the thickness just a little.

I like the second one for aesthetics, very pleasing to the eye; but yes, like the comments, the first with some better variation will be more realistic.

#2 looks like moss to me, so i would combine the two. #2, though looks amazingly similar to moss to me!

the difference between 2 & 1 is the dampness